A SEAL in Birkenstocks 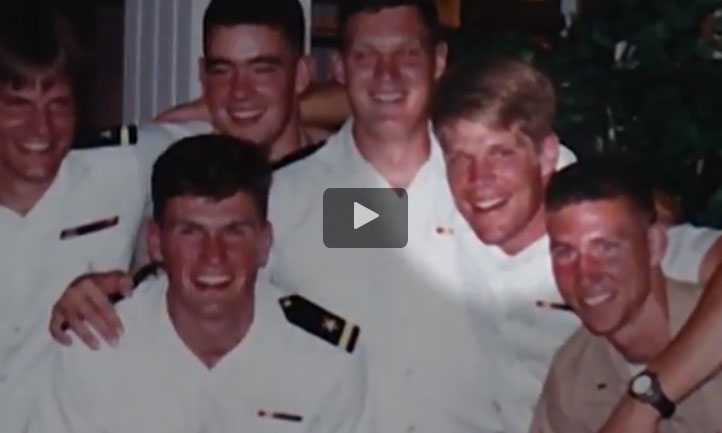 LCDR Kristensen was killed in action on June 28, 2005 during Operation Red Wings in Afghanistan when the MH-47 Chinook he and 15 other special operations troops were on was shot down during a mission to rescue four Navy SEALs engaged in a firefight with anti-coalition militia. The acts of heroism throughout the operation were recounted by Marcus Luttrell in his book "Lone Survivor".

Navy Football welcomed Erik's parents, RADM (Ret) Ed Kristensen (Class of '61) and Suzanne Kristensen to the game and honored the family's legacy of service. On the academy grounds where they buried their only child in his uniform and favorite Birkenstocks, Ed and Suzanne took time to share memories of Erik with CBS Sports before the game.

Coupled with his strong sense of duty and serving others, their son was equally known for his gregarious and goofy personality as well as his athletic, academic, and musical talents. A down to earth guy, Erik's extraordinary career as a SEAL and his example of leadership and valor have become legend among the Midshipmen; his legacy of kindness and happiness still grows among the family and friends he left behind.

Erik didn't have to be on that helicopter personally leading the mission that fateful day. But that's not who Erik was as a friend or officer. He was as his headstone reads, a "Man for Others".