TAPS is grateful for the incredible outpouring of support we received in 2022. We are humbled that so many members of our TAPS family brought us along as they honored their loved one; we applaud the communities around the country who gathered to pay tribute to local heroes; and we sincerely thank our growing circle of supporters for sharing the TAPS mission. When you fundraise for TAPS, you are doing so much more than raising money. You are helping to sustain the resources and programs our TAPS family depends on. You are spreading awareness of the TAPS mission. And, most importantly, you are sharing your loved one's story.

We wanted to share just a few of the hundreds of events hosted for TAPS by our TAPS Families This year.

On June 11, 2022, family and friends of U.S. Army Lieutenant Colonel (Ret.) Peter Dannenberg commemorated “Pete Dannenberg Day” by hosting a suicide awareness event and fundraiser to benefit TAPS, in honor of their fallen hero who died by suicide on June 6, 2021.

Activities included free family games and entertainment with local food and beverages for purchase. The purpose of the event was to combat the stigma associated with seeking care for mental health issues for career war fighters, while encouraging active engagement with needed resources — not only when facing a mental health crisis, but in an ongoing, preventative course of care. 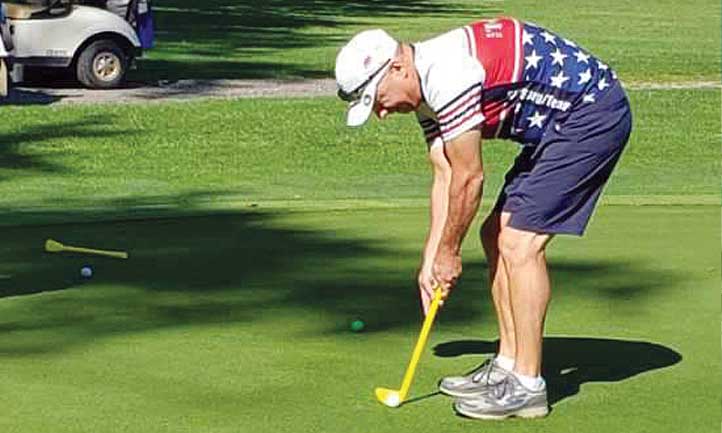 On September 10, 2022, the Wing family hosted the 7th Annual Spencer Wing Memorial Golf Tournament to honor their son, LCpl. Spencer Wing, who passed away in 2013. This annual tournament is held at the golf course where Spencer worked in high school and includes golf foursomes, a raffle, dinner, and lots of fun challenges out on the course.

"Thank you to everyone who came out to celebrate Spencer! It was a perfect day for golf. I am honored by all of the people who came out to play, support, volunteer, donate, or just celebrate!" ~ Colleen Conner Hamilton, Surviving Mother of LCpl. Spencer Wing 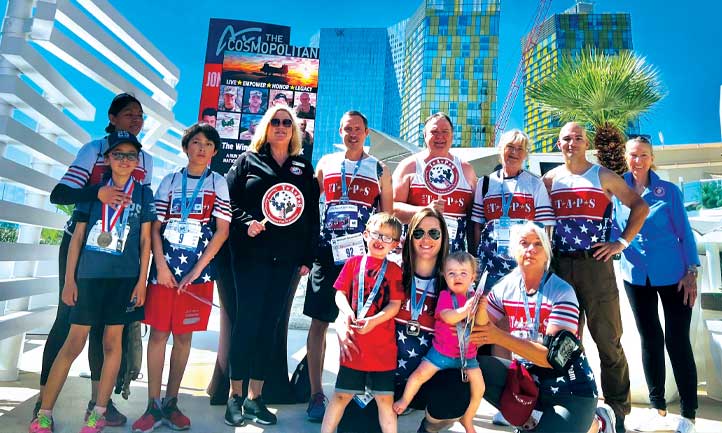 Run to Celebrate the Lives of the Crew and Passengers of Windy25
Las Vegas, Nevada

Windy25 was the call sign of the U.S. Army aircraft from F Company, 159th Aviation Regiment “Big Windy.” The crew and soldiers made the ultimate sacrifice while serving in Operation Enduring Freedom, Afghanistan on April 6, 2005.

The Windy25 Memorial Fund was created to honor their legacies by actively supporting the families left behind, through TAPS and other Veterans Service Organization partners. Runners can participate and fundraise individually, or form a team to conquer the streets of Las Vegas together! 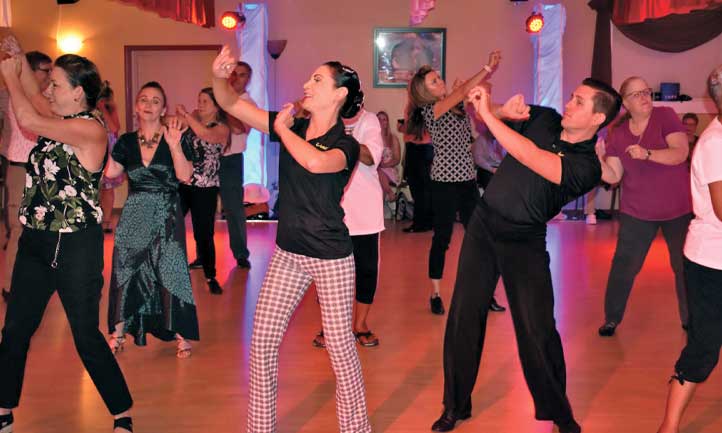 Getting Your Groove on While Supporting TAPS Families
Churchville, Maryland

Dancing with Friends welcomed dancers of all levels of expertise to a dance lesson and reception to support TAPS.

“The Dancing With Friends studio was proud to sponsor the second ‘Dancing for TAPS’ event on July 29, 2022. The evening was attended by local surviving families, soldiers from Aberdeen Proving Ground, community leaders, and the public, who all came together to show support for TAPS. A fun time was had by all: dancing, bidding on wonderful silent auction items, and enjoying wonderful food. This year’s event raised double the amount from our first ‘Dancing For TAPS’ event. Thank you from everyone at Dancing With Friends to all those that came out, learned to dance, and donated to this incredible organization.” ~ Tom Rzepnicki, Owner, Dancing with Friends & Jim Costigan  Chairman, ‘Dancing for TAPS’ 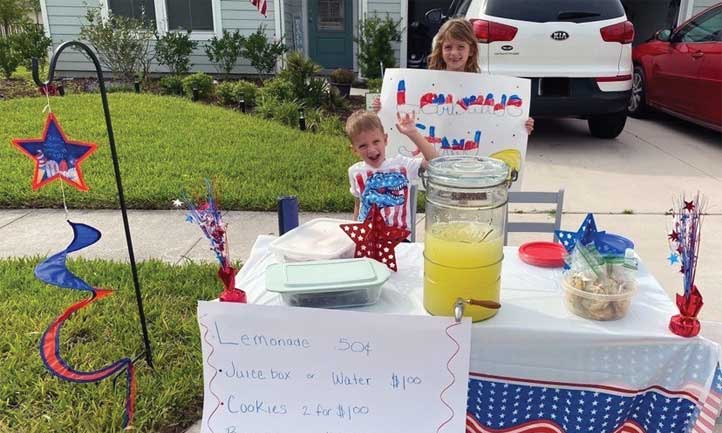 Learning About Giving at An Early Age
St. John's, Florida

TAPS Lemonade Stands have been hosted in front yards across America by families and children wanting to support the TAPS mission.

“This past weekend our family set up a lemonade stand with all of the money going to TAPS. It was super hot and humid, but the kids were excited for each customer and raised $85! I know it's a small amount, but I'm really proud of the kids, and I am hoping we taught them maybe a little bit about Memorial Day with all of our talks about TAPS. I was even flattered that a neighbor was inspired by our stand and is raising money through her small business to donate as well.” 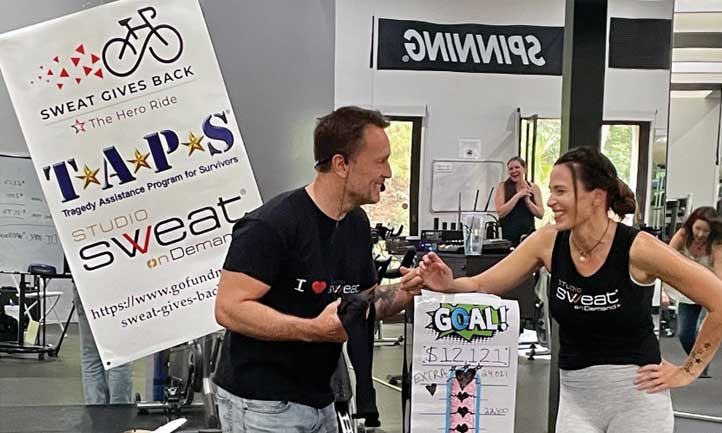 “We've always been supportive of the men and women in our armed forces, and TAPS brings so much positivity to those who have lost so much. We are so proud of our worldwide community who rallied together to give back to an organization with such an honorable mission. They proved once again that the power of the human spirit is alive and well.” ~ Brian LaRose, Trainer and CFO of Studio Sweat onDemand 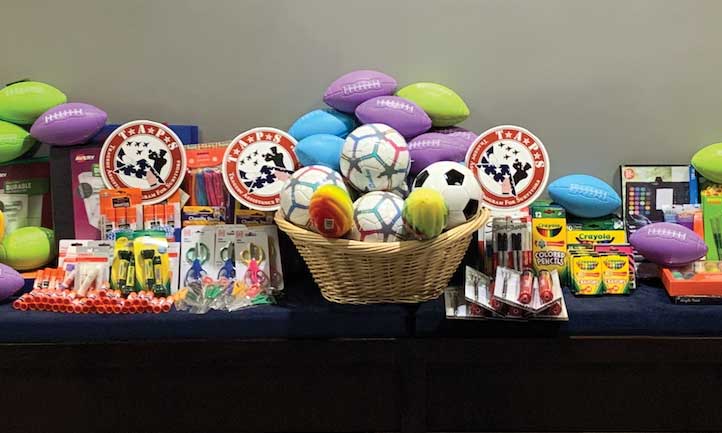 Summer interns at Giant Food organized a "Fill the Backpack" campaign at the urging of their advisors. They collected arts-and-craft supplies, soccer balls, pens, crayons, games, and supplies for the Good Grief Camps. Giant Food matched the cash that was collected, bringing the total to nearly $10,000!

Fundraise for TAPS in your community in 2023!

Visit Support TAPS to see all the ways you can make a difference.