Much of what is considered strong versus weak or normal versus abnormal is based in stigma. Men — whether by societal stigma or self-appointed responsibility — are often looked at to be strength in times of weakness, stoic despite emotions flowing all around. But grieving the loss of a loved one is not a sign of weakness, and the growing participation in an already very active TAPS Men’s Program is an indicator for men everywhere that grief is natural. You do not always have to be the resolute one — even in grief — for those around you. Our TAPS Men’s Program participants can attest that the stoicism can be pulled off for a time, but keeping it up as the days march on takes a toll, both mentally and physically. 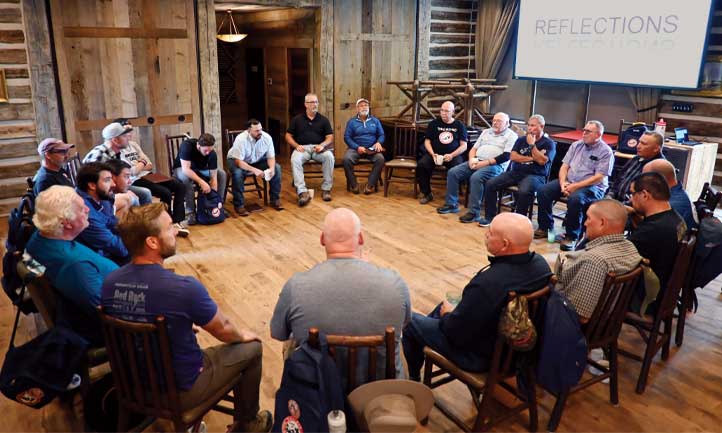 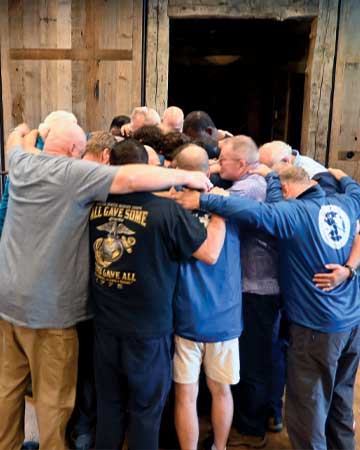 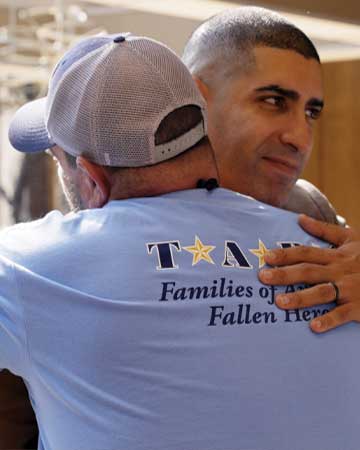 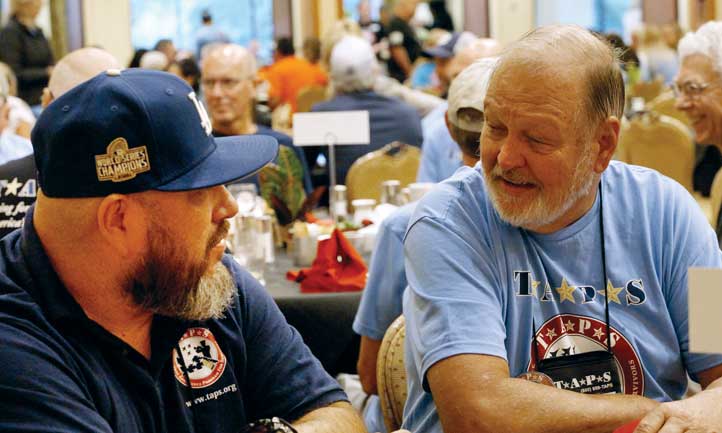 What are men experiencing? Throughout TAPS Men's programming, we asked some of the surviving men about their thoughts on holidays and milestones.

"When my son died, I 'canceled' Christmas. I refused to put up any decorations or speak to anyone about the holidays. I just wanted the holidays to be over as soon as possible. I did not feel I deserved to celebrate anything and wanted to be left alone. I pushed all my loved ones away. That happened for two holidays. After attending TAPS seminars, workshops, and meetings with other men, I learned how not to hide, but to move forward. I no longer want the holidays to be over." ~ Chuck Reineck, Surviving Father of U.S. Navy MM3 Brandon Reineck

"Showing the emotional strength to be present with the family when a big piece of the family is missing is the biggest challenge for me. I have learned to embrace his memory and my emotions and look for better days. [In the] first couple of years, I did not want to be around people. Now I speak of my son in the present tense. We talk about what my son did during the holidays. What would my son do during these upcoming holidays?" ~ Darrin Cowher, Surviving Father of U.S. Army Pfc. Christian D.L. Cowher

"There is definitely a hole, an empty spot, a missing sense of the excitement of the holidays that was once there when I felt whole. I feel pressure to be positive, to not make others feel sad or wonder if I am OK. I don't want their holiday joy lessened because I am seen as struggling...my son would never want that...so I use what he would have wanted as my guide and do my level best to live as he would have wished." ~ Stephen Ross, Surviving Father of U.S. Army Capt. Andrew Ross

"I feel pressure during the holidays to be merry at times when I don't feel merry. I had more support and understanding for the first holidays and birthdays without my son, but as the years pass, I feel pressure to 'move on' or 'get over it.' No one ever says those things, but the pressure is subtle — like the blank stares or whispers when my wife still hangs his stocking or [when] we still talk about his favorite sweet potatoes for Thanksgiving. I am grateful that I can turn to my TAPS family, not just at the holidays, but any day of the year." ~ Mike Hammett, Surviving Father of U.S. Army Spc. Tyler Brent Hammett

"This will be our first cycle. I will go through the holidays remembering him. My son died the day before July 4th. We will turn our grief into a celebration that day with friends and family." ~ Greg Partyka, Surviving Father of U.S. Marine Corps Sgt. Matthew Patrick McGuire Partyka

"The holidays are always full of emotion and pressure. As a family we would always look forward to Christmas and New Year's, [but] not having my wife and son dampens the festive atmosphere that the holidays bring. We, at times, feel that we shouldn't celebrate the holidays; it's just never the same." ~ Ed Troche, Surviving Father of U.S. Marine Corps 1st Lt. Christopher Michael Troche

"I initially did not want to talk during those times. It was a challenge with my family. I now remember the dash. I remember the love and share the journey. An extra chair is set out empty at the table for our son. We each come up with one fond memory of him. We play a video of our loved one to see him and hear his voice. The hardest thing for the family is breaking the ice for those that are reluctant to participate." ~ Ron Johnson, Surviving Stepfather of U.S. Army Pfc. Benjamin Franklin Betts

"Getting together at Thanksgiving is a major family event. We remember our son. Weep — don't hold it back. It helps to cry." ~ Charlie Liebert, Surviving Father of Army National Guard Sgt. 1st Class Keith Allen Liebert

"I'm a little afraid of the holidays. We are still in shock. Thanksgiving is a big deal, so it will be a tough challenge. I worry about nephews, nieces, and grandchildren." ~ Pat Conaway, Surviving Father of U.S. Army Col. Brett P. Conaway

"Don't let anyone tell you how you are supposed to feel during these holidays. My son's death occurred around the time of Thanksgiving, so I do not celebrate it. If you don't feel like celebrating, you don't have to. Don't be pressured by others to have to celebrate. I put my son's picture on an empty seat, [even when] we go to a restaurant." ~ Karl Porfirio, Surviving Father of U.S. Air Force Senior Airman Tre Francesco Porfirio

"Several months ago, I completed all my 'firsts.' Each one was a little different in terms of expectations and actuality. Sometimes one was extremely sad. I've learned a lot from [the] Men's Online Group — stories and accomplishments. I have spent this past year leaning on my bros around this room [in the Men's chat] and remembering the lessons I've learned." ~ Scott McCutcheon, Surviving Father of U.S. Army Spc. Samuel Christopher McCutcheon 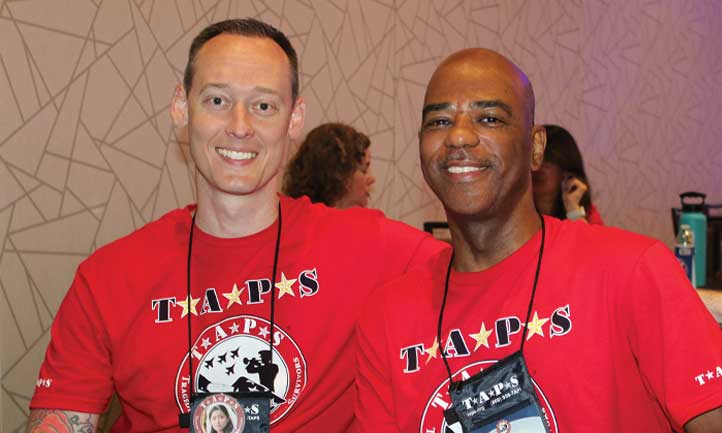 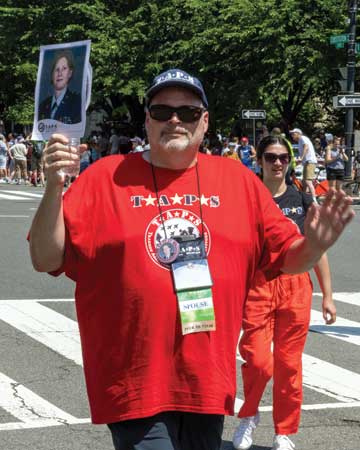 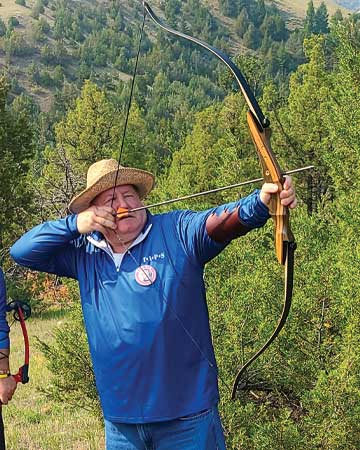 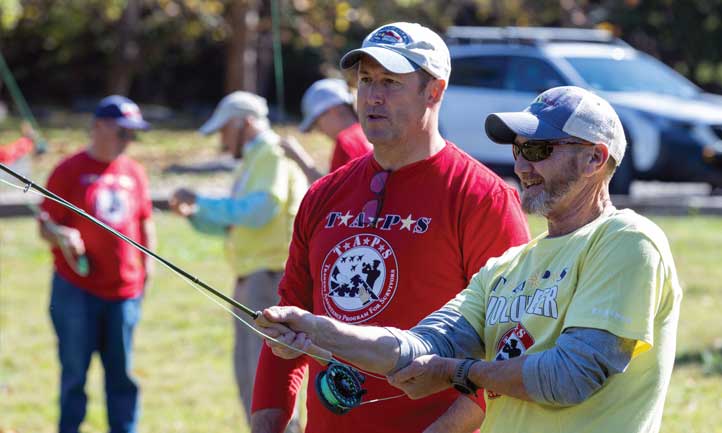 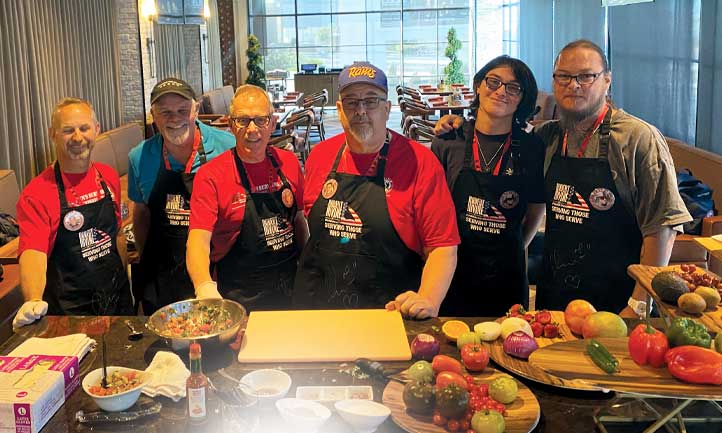 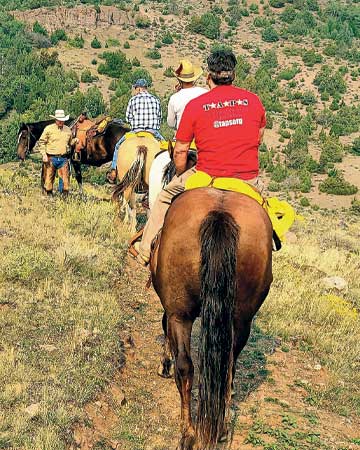 TAPS understands that most men need other men to pave the way for them to grieve as men grieve, not as women would want them to. No matter what loss brought you to TAPS, you have a home here.

There are many ways to get involved with TAPS Men’s Programming — through our Online Community, at TAPS National and Regional Seminars, or at one of our Retreats or Experiences. No matter how or when you choose to connect, you will always be welcome.

Join us for our bi-monthly online chats on the 1st and 3rd Wednesday of each month. Whether it’s your first time or you’re a regular attendee, you are always welcome.