The other day, someone asked me whether I would consider myself a widow.

I know that people need labels, but honestly, I haven’t thought much into what I would call myself. Things have been confusing recently.

The number of times that question has come up has caused me to ask myself what John and I were. What was he to me and me to him?

Was he my “boyfriend?” No… the word itself sounds so trivial. The word “partner” seems to fit, but doesn’t seem to capture the gravity of our relationship. So then there’s “husband” or “spouse,” which for some reason, seem to be the terms that carry the most legitimacy; but apparently, John and I missed out on the paperwork and fees that those terms require. So… oh well. 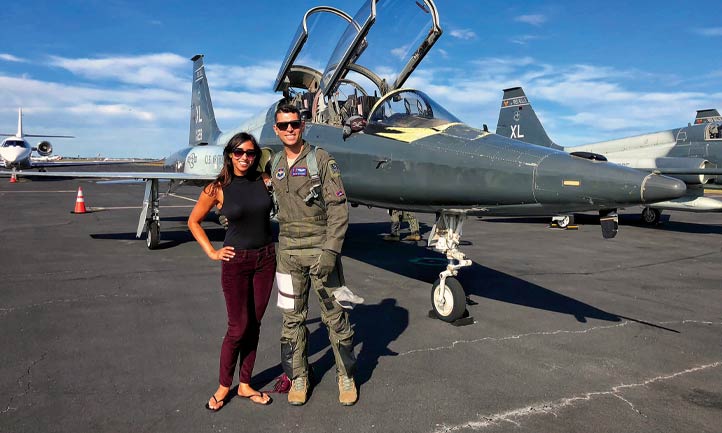 But when I sit and think about it, even if he were my husband and I was his widow… those words just, frankly, seem to fall flat. There’s an emptiness to them, a vagueness regarding the journey and path our relationship carved into who we were and who I am.

What is the emotional difference between a boyfriend, partner, and husband? And, why does it matter so much to people? Honestly, I don’t know. I guess people need to make as much sense out of senseless events as possible, and the labels help.

But, I can’t help people with that. I don’t know if I would consider myself a widow for one simple reason: I didn’t lose my husband.

John wasn’t my husband, not even a little bit. He was so much more– a part of my spirit, a soulmate. I lost the person that made me, me.

Is there a word for that?

John was't my husband, but I would listen to his heartbeat for fun. Forty-two beats per minute. It was the... slowest... heartbeat... I had ever heard. When we were lying around together, bored on the weekend, I would ask if I could listen to it. It fascinated me: how I could fit two of my heartbeats into his one– how even our inner workings seemed to balance one another out.

He wasn’t my husband, but I enjoyed hearing him live. Literally, that slow rhythmic beat told me I was not alone in this world. That I was his, and he was mine. I didn’t lose my husband, but I lost that. What is the word for that?

He wasn’t my husband, but we would talk about the future. The real future. Not about the wedding and dresses and engagement rings, but of the struggle that would come with married life. The arduous nature of military life and how he would miss out on the kids’ birthday parties because of deployments, and how he would have to cope with the inevitable moments where I might feel resentful that I had to give up everything I knew to support his career. We would talk about it. The struggle of a life together where we knew we would have to fight to make each other happy and recommit ourselves to each other every single day. I didn’t lose my husband, but I lost the promise and chance of a future with someone who would fight with me and for me.

A friend of mine once described the nature of relationships and said that people start off as squares and that life chips away at us until we whittle into little jig-saw pieces. And at some point, we meet someone who just “slots” into pieces missing from us. And that person makes you not fully whole but makes you just a bit better. They make life a little less scary and you a lot more fearless. I lost that.

John told me once that I “helped heal the broken parts of him,” and he did the same for me. And he died. Even the word “died” doesn’t seem to fit: he was ripped away, wrenched out of my life. And for a while there, my life felt like it was punishment.

He died; he wasn’t my husband or my spouse. I am not his widow. But that hasn’t stopped him from continuing to fight for me and our love in ways that I simply cannot explain.

We never married, but I know that three days after he died, I watched my phone ring while his name inexplicably flashed across the screen. I know that my five-year-old niece started saying phrases shared only between him and me. 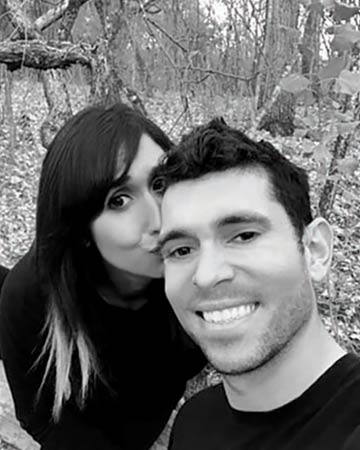 He wasn’t my husband, but I know the first time I spoke out loud to him was a month after he died, and I asked if he was proud of me. And when I got home that day and opened my apartment door, a red balloon floated in from literally who knows where and nestled at my feet.

What is the word for when someone dies, yet they keep showing up for you? What’s the word?

I know he’s dead. Not my husband but my partner. My best friend. I know he’s gone, but I also know that he’s found ways to make sure that even though I’m struggling with emotions that range from agony to grotesque indifference, I’ve never had to deal with feeling lonely. Because I somehow still know he’s here, whispering, guiding, and loving.

I know he’s dead, and people need a way to refer to me, so the best thing I can come up with right now is that I’m not a widow because I’m still very much his girl. His person. His best friend. In heart and body and soul. And those are the only labels that really ever mattered.