TAPS relies on the generosity of its supporters to fund the critical resources, programs, and services vital to the healing of those who have lost a military loved one. The TAPS mission is a 24/7 effort, and the TAPS Development Team strives to accomplish two goals: (1) share the TAPS mission of hope and healing, and (2) raise funds necessary to support our military survivors.

The COVID-19 pandemic struck in 2020; the country was uncertain about its economic future. Many donors held onto or redirected their funding to charities addressing food insecurity or COVID relief in response to the unpredictability. TAPS never wavered in our commitment to survivors and raised enough to stay operational. Our TAPS Family has asked for ways to give back through it all, and there are many ways to create a meaningful impact. 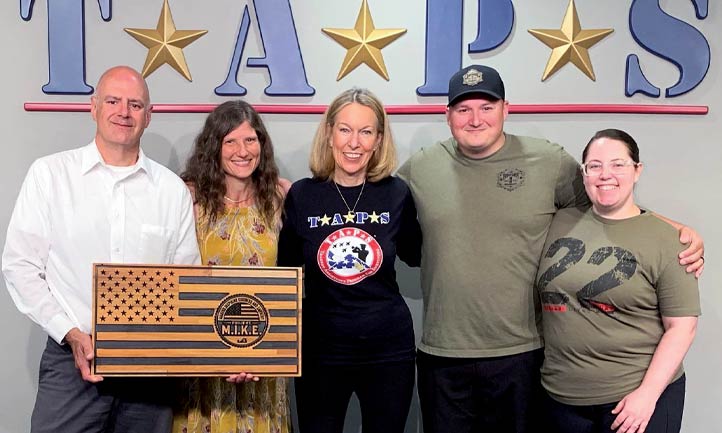 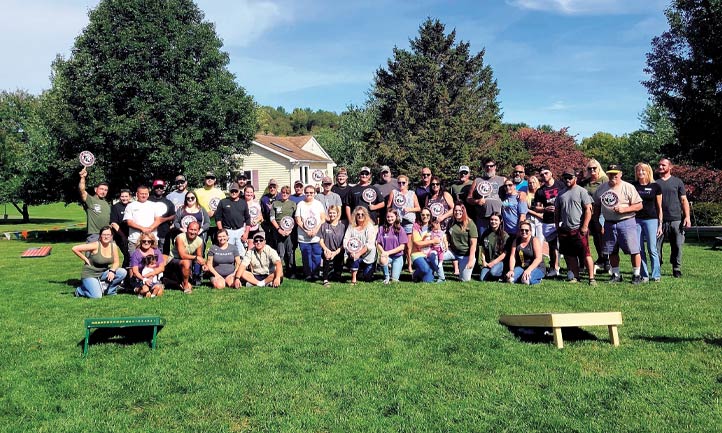 Individuals and organizations reach out to TAPS with fundraising ideas, and through collaboration, we will bring them to life! TAPS is here to help with special fundraisers and campaigns, including social media promotion, tracking donations, and presenting the TAPS mission at events. We have supported various fundraising events, such as cornhole tournaments, Studio SWEAT’s 24-hour spin challenge, CrossFit workouts and pullup challenges, Project M.I.K.E.’s woodworker auction, motorcycle clubs, ironman competitions, and Aurora’s Lemonade Stand. 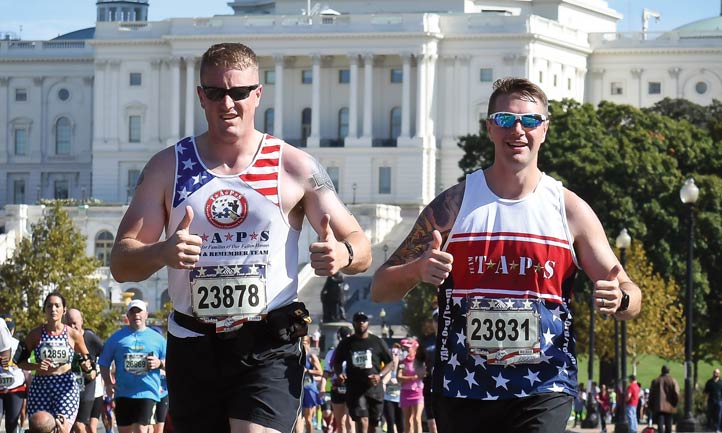 TAPS is fortunate to be the beneficiary of many events across the country. Golf tournaments are popular and provide the opportunity to tell the TAPS story to a national audience. Employee groups use their resources to host Bowl-A-Thons or walks for TAPS. Team TAPS encourages teams or individuals to raise funds at endurance events, such as the Marine Corps Marathon or Armed Forces Cycling Classic.

Through employer programs, you can maximize your giving at no additional cost. Many employers offer monetary rewards for their employees’ volunteer time, which they can then donate to a charity of their choice. Some companies also have matching gift programs and contribute an equal amount to an employee’s charity.

By designating TAPS as your AmazonSmile charity of choice, Amazon will donate a percentage of your purchases back to TAPS, all at no additional cost. You can also host and share a fundraiser with friends on Facebook for TAPS on a birthday, holiday, or loved one’s angelversary.

There are many ways to support TAPS, and we welcome your creative ideas!

Visit Support TAPS for more information or get in touch with us at development@TAPS.org.