Your TAPS Policy Team is extremely busy advocating for our surviving families! We testified before Congress on five separate occasions and submitted statements for the record on important survivor issues. TAPS also advocates for our surviving families through the Department of Veterans Affairs (VA) Federal Advisory Committee on Veterans’ Families, Caregivers, and Survivors and Chairs the Survivor Subcommittee. We continue to brief leadership at the White House, VA, Department of Defense (DoD), and all government agencies impacting survivors.

TAPS is working with Senators Cindy Hyde-Smith (R-MS) and Raphael Warnock (D-GA) and Representative Dan Newhouse (R-WA-04) on the Gold Star Families Remembrance Week resolution (September 19-25), which recognizes the families of all military personnel who died while serving or from a service-connected injury or illness. TAPS has led efforts to ensure this inclusive resolution guarantees that no surviving military family is forgotten. 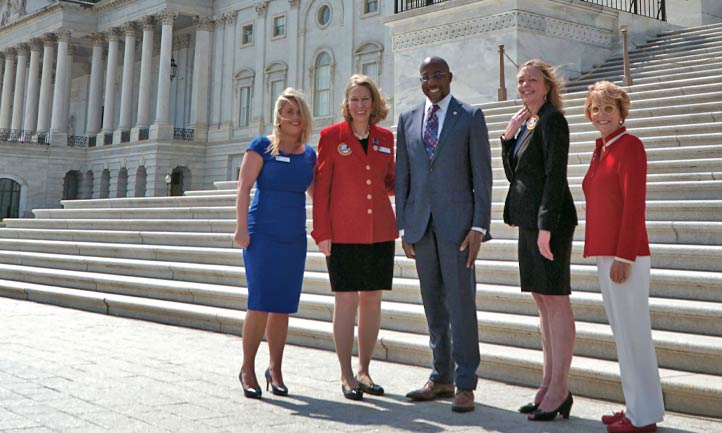 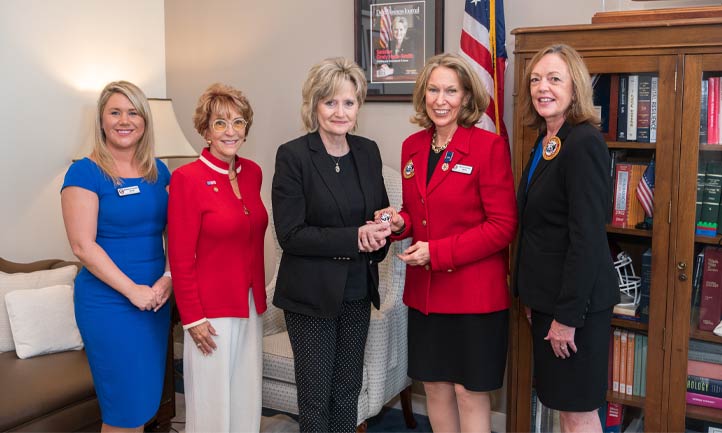 As the leading voice for the families of those who died due to illnesses connected to toxic exposure, TAPS testifies in support of a myriad of toxic exposure bills. We appreciate the Chairmen and Ranking Members of the Senate and House Committees on Veterans’ Affairs for crafting landmark toxic exposure legislation, and we are working to ensure their swift passage.

TAPS continues to work with the VA, DoD, and Congress to expand mental health services to all surviving families.

The Expanding the Families of Veterans Access to Mental Health Services Act (H.R.5029):

TAPS and the survivor community have supported increasing DIC for many years. It is the top priority for The Military Coalition (TMC) Survivor Committee, which TAPS co-chairs.

Surviving military spouses who remarry before the age of 55 currently lose their survivor benefits. There have been several previous bills related to remarriage, but they were not comprehensive and excluded large populations of survivors. TAPS is working to ensure the introduction of a comprehensive remarriage bill in the 117th Congress that includes all surviving military spouses.

TAPS was honored to speak with the Secretary of Veterans Affairs and the Secretary of Education on education issues and priorities and how both departments can better support surviving families. We also worked with Congress to introduce several bills related to survivor education benefits.

If you have questions about pending legislation, please contact policy@taps.org