This past spring, I ventured out to embark on the TAPS Hidden Gems Expedition in Southern Illinois. Since I had attended a few TAPS Events before, I had some preconceived notions about how the trip would go and how it would make me feel. However, I soon realized that the impact of this expedition was incredibly unique, and it greatly exceeded my expectations.

Initially, I decided to look into TAPS Expeditions out of all the wonderful TAPS Events to connect with survivors in the outdoors.  After discovering the Hidden Gems Expedition, I was eager to sign up. It was close to home, which has been my comfort zone since losing my son. I was able to drive, avoid air travel, and not be away from home for too long. As such, Hidden Gems was a perfect choice for me.

My son Tony, Sergeant Scott Anthony McGinnis, died at just 22 years old while motorcycling home on July 4, 2016. A driver made a left-hand turn into oncoming traffic, never looked up, and instantly killed Tony, who was passing by in the opposite lane at the exact moment of the turn. Ever since then, TAPS has been a major part of my life. 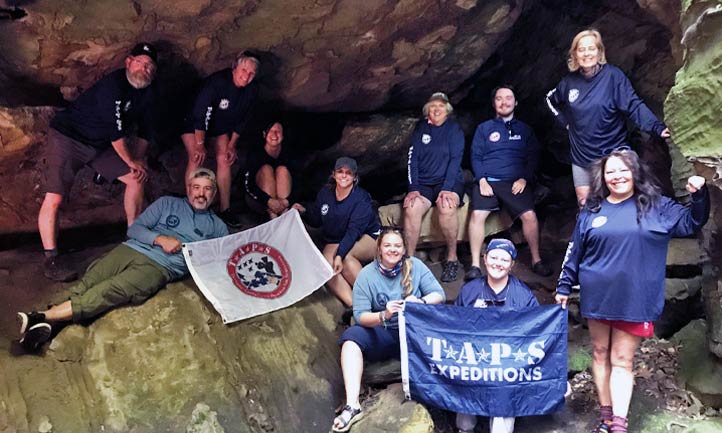 The Onset of Fears

Although there was much to be excited about, I couldn’t help but worry about what Hidden Gems would entail. Signing up for the event was straightforward: I was prompted to answer standard questions about my previous experiences with TAPS, my background, my son’s information, and my expectations for the trip. However, the application also asked about my fitness level. Responding truthfully, I noted how lazy I am most days; and although I began to doubt my ability to handle the physical demands of the expedition, I submitted my application.

Before setting out on the expedition, the TAPS Outdoors Engagement Team hosted a Zoom meeting for everyone attending Hidden Gems. TAPS Team Leaders, Rachel and Tony discussed event logistics, and my peers shared reservations similar to mine about the expedition’s exercise requirements. Knowing that my peers were also nervous motivated me not to cancel the trip, but I refrained from expressing some of my other worries with the group.

I feared rejection because my son’s death didn’t result from combat. I feared ridicule because Tony was on his way home to see his “Momma” on a motorcycle. Strangely enough, I also feared not fitting in because he served in the Army Reserve; and although he was very active in the Reserves, I felt like other people’s losses would be more noble and patriotic than mine. I was nervous that I wouldn’t be able to connect with military survivors grieving losses other than their children. Little did I know, all of my fears would soon disappear. 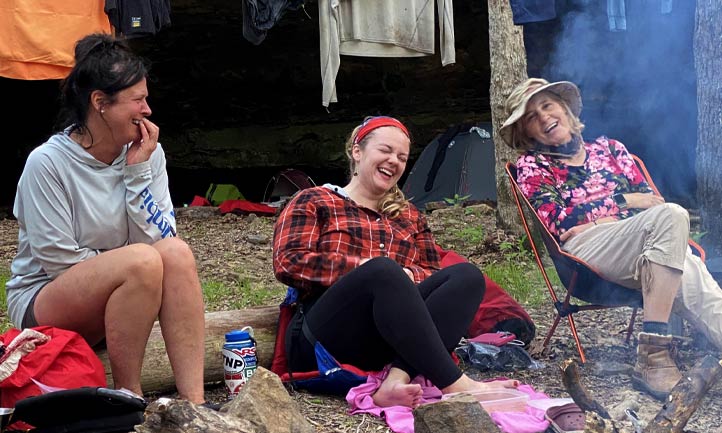 The Fleeing of Fears

In preparation for the trip, I worked my way up from reading or watching television while riding a stationary bike to exercising outdoors. After losing my son Tony, I withdrew from many of my interests, particularly from my enjoyment of the outdoors. You see, I was hiking down the side of a canyon when I received the call notifying me of Tony’s accident. Things just changed from that point on, and nothing motivated me to sweat and ache. That was until I signed up for Hidden Gems, which inspired me to get back into fitness. After training, I became more confident in myself and felt better about leaving for Hidden Gems.

My TAPS Team Leaders connected me with another survivor to carpool with who lived nearby, and we had plenty to share on our road trip. Not only did we talk about our lost loved ones, but we also voiced our anxieties about having no phone service, showers, or toilets for the next five days. I had not yet met another TAPS Survivor from Alabama; but now, by what I feel was strategic planning, I now have an incredible friend from my TAPS family close to home.

Once we arrived at Hidden Gems, we were no longer worried about spending the trip with strangers. Everyone attending the event quickly realized that we were, in fact, not strangers, not in the slightest. Although our lives, personalities, losses, and habits were unique, we were all unified with a shared focus. We were all determined to make it through the expedition– and we were going to do so together.

Only if and when we wanted to, we opened up to each other during the first few nights, shared stories of losing our loved ones, and cried. We soon knew each other’s loved ones thoroughly and bonded closely as a group. My fears of being “different” and of my story being “wrong” entirely faded! 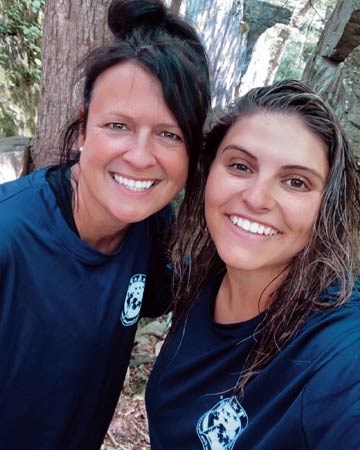 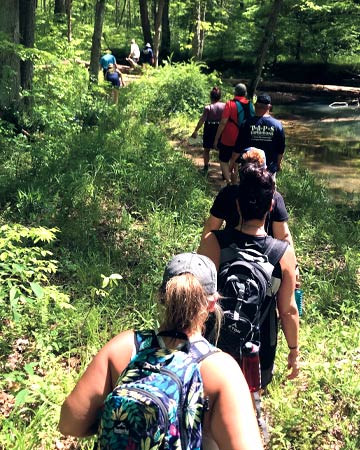 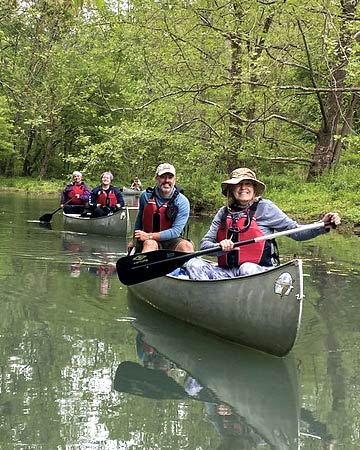 The Third Day Was Key

On the third day, we were fully present in the moment. I climbed cliffs, with help of course, and many of us squeezed through a crack in a rock that seemed as long as the state of Illinois but as wide as a beetle. One of my peers remarked that she heard the most amazing sounds ringing through the trees– the sounds of our laughter. Needless to say, our minds were at rest. From that point on, only happy stories were shared and not a single, negative thought crossed my mind. I even found myself enjoying the coffee that I wished had sweetener or milk just two days earlier. We were all simply happy to be among our fantastic group surrounded by the smiling faces of our peers.

Our TAPS Guides had told us that the third day would be key. Without technology, work, or stress, our quieted minds allowed us to rest and recharge. We often struggle to keep up with our fast-paced world; but on this third day, weights were lifted off our shoulders, allowing us to appreciate the nature around us. That night, we saw each other wholly and authentically.

We did not see broken, sad people coping with tremendous loss. Instead, we saw beautiful, outgoing, smart, contagiously silly, and genuine personalities. We saw beyond the scars left by life and the circumstances of our losses. Campfire stories and laughter gave us warmth, memories that we will never forget, and the push to be carefree. I let go of all my pre-trip worries about my grown daughter, pets, home, and job. I finally realized that it was OK not to worry.

Present In the Here and Now

Being back home and in my own headspace, there’s still part of me that recognizes the importance of calmness and being present in the moment. I can now appreciate stillness– times that I used to believe needed to be filled with business. I can now hike and not be preoccupied with what is going on at home or at work. I can now sit by my fire pit, enjoy the flames and smoke rolling off the wood, and just be still.

I am forever thankful that I powered through my fears and attended the TAPS Hidden Gems Expedition. I am incredibly grateful for the amazing people who devote their lives to TAPS and help inspire healing among military loss survivors. My life has been eternally changed by the TAPS Hidden Gems Expedition, and I imagine that the lives of my peers have too been changed for the better too.