Our Stories
“It has been an honor to walk with so many gold star families this year on our national relay. To carry their loved ones and share their stories is what makes partnering with TAPS so impactful. We magnify our missions.” ~ Debbie Wright, Executive Director of Carry The Load 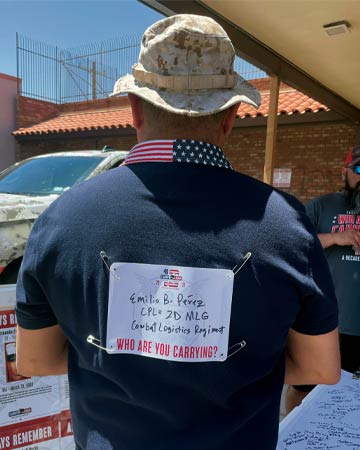 Carry The Load’s mission to restore the true meaning of Memorial Day was the inspiration of Navy SEALs Clint Bruce and Stephen Holley. Both grieving deaths of battle buddies, Carry The Load co-founders, Bruce and Holley, felt they returned from war to a nation that had forgotten such ultimate sacrifices.

The first official Carry The Load event was held on Memorial Day, 2011, featuring a 20-hour and 11-minute Memorial March. It provided “an active way to honor and remember our nation’s heroes by connecting Americans to the sacrifices made by our military, veterans, first responders and their families.” Now celebrating its 10th anniversary, Carry The Load has grown into “Memorial May”—a nationwide month-long series of activities that kicks off at the end of April and concludes on Memorial Day.

This Memorial May, TAPS proudly partnered once again with Carry The Load as a national, non-profit partner. Team TAPS and TAPS Togethers joined forces for surviving families to participate and honor their loved ones in rally cities along four national relay routes (virtually and in-person) across the West Coast, Mountain States, Midwest, and East Coast. The relay routes culminated on May 30 with the Dallas Memorial March in Texas where our TAPS Dallas Care Group met for the conclusion of the event. 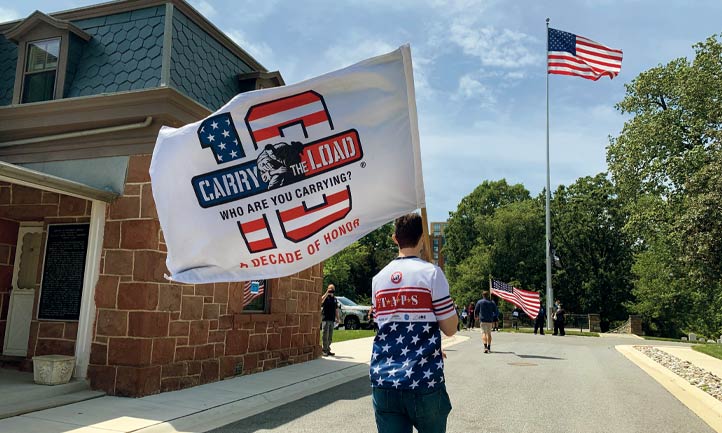 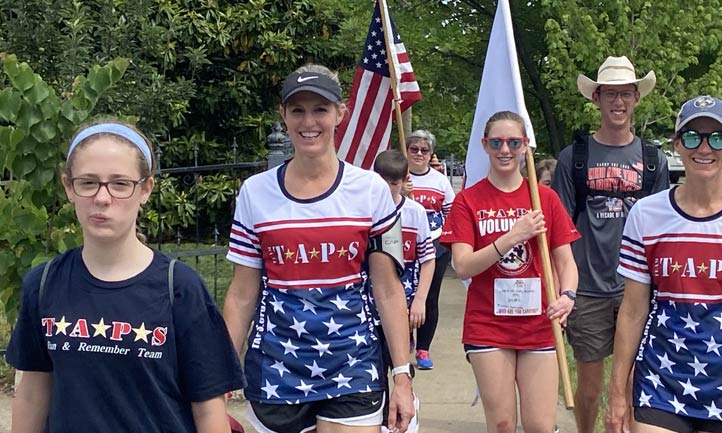 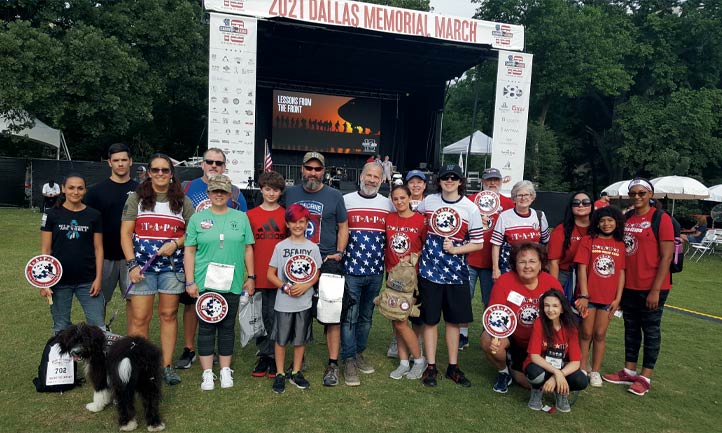 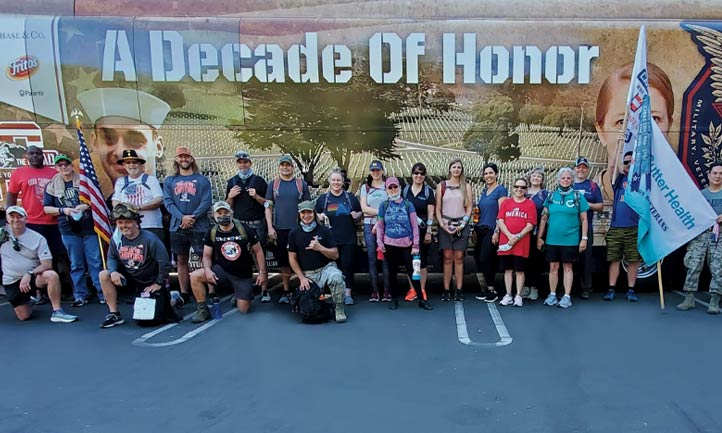 The Carry The Load mission is amazing, because it aligns so much with the specialty of our own TAPS mission. It’s the organic healing that takes place as surviving military families, battle buddies, veterans, police officers, fire fighters, and first responders all come together with that load and release it along those miles. Each person has a story to tell, and everyone participating takes the time to ask one another, “Who are you carrying?” These are beautiful moments when you may meet someone for the first time, but they aren’t a stranger.

We are so humbled to have this wonderful part. ~ Marie Campbell, Senior Advisor, TAPS Outreach and Team TAPS
Related Articles: