In a year of unprecedented challenges and difficulties, teams4taps and the NFL’s Salute to Service program continued to shine a light on the power of sports to unite people and create hope.

2020 was a year like no other. So perhaps it’s not surprising that our 2020 NFL Salute to Service events were also like no other. From telepresence robots, zoom parties, and “homegating,” the experiences were as unconventional as they were meaningful. Thirteen NFL teams, our largest amount to date worked alongside teams4taps to celebrate the lives of our Fallen Heroes while raising awareness—and funds—for TAPS.

Since 2016, the Atlanta Falcons have partnered with TAPS to honor our families and their Fallen Heroes. In 2020, they invited the 280 TAPS Families who were hosted over the past four years to take part in their 2020 Salute to Service. The Falcons created a “Never Forgotten” graphic containing the names of the Fallen, mailed each family a personalized “homegating” kit and organized several virtual activities—including player visits, Q&As with the Falcons and TAPS leadership, and a special TAPS page on their website. Survivors were designated as virtual cheerleaders and virtual fans, appearing on the Halo Board to cheer the team on during the game. In a video released before the game, Falcons CEO and TAPS Board Member, Steve Cannon, read aloud the name of all 280 Fallen Heroes. 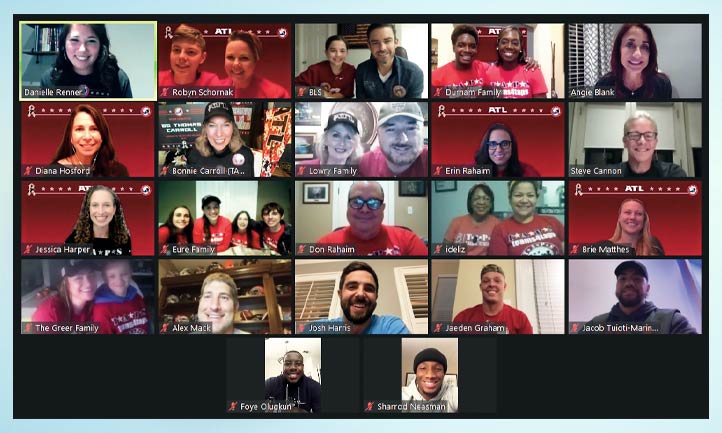 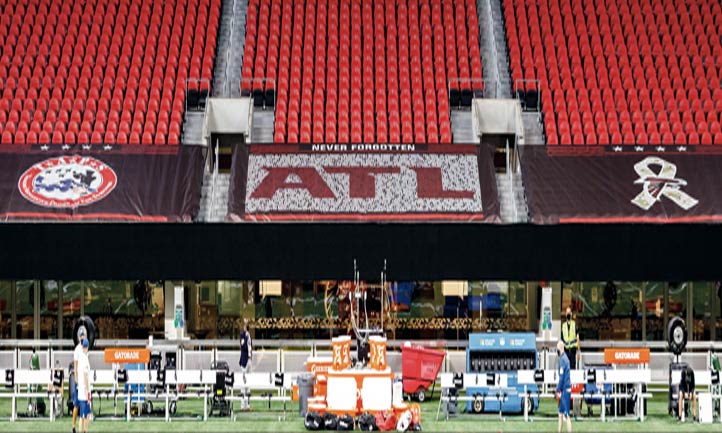 Long time Salute to Service partners, the Detroit Lions, have the distinction of being the first NFL team to fund scholarship opportunities for TAPS children as part of their Inspiring Change program. For their 2020 Salute to Service, the Lions honored the Fallen Heroes of the 19 TAPS scholarship recipients (2019 - 2020). Coaches, players, and families met via zoom after practice and the families received a replica helmet with their Fallen Heroes decal. In addition, the Lions donated the proceeds of their “Fan Cutouts” for the Salute to Service game to TAPS! 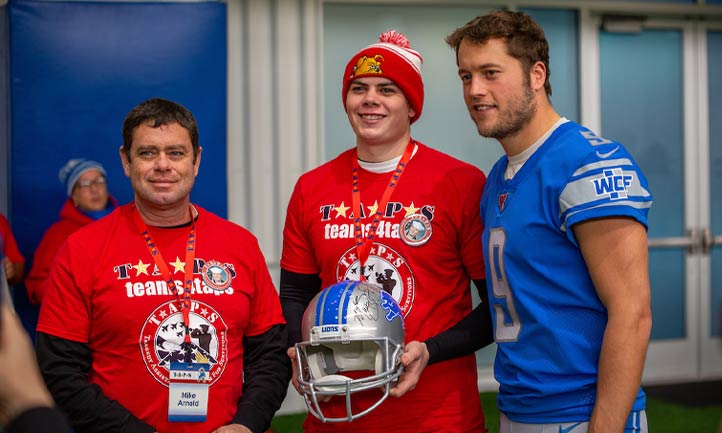 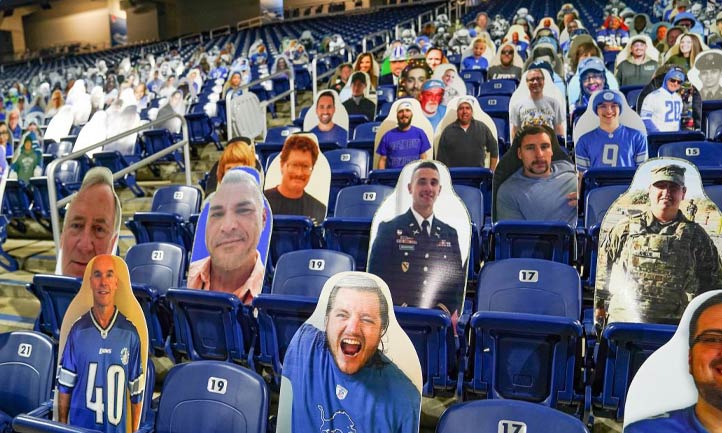 This year, the 49ers quarterback Jimmy Garoppolo and TAPS partnered together to create a special surprise for a surviving TAPS child in honor of her father. CPT Shawn Walker was an avid 49ers fan and when he died, his daughter Kloe continued to cheer for their favorite team. As part of the 49ers Salute to Service events, Jimmy put together a customized care package and surprised the Walker family with a personal video. The 49ers also honored five TAPS Fallen Heroes (one from each service branch) as “Fan Cutouts,” located behind the team bench at their November Salute to Service game. 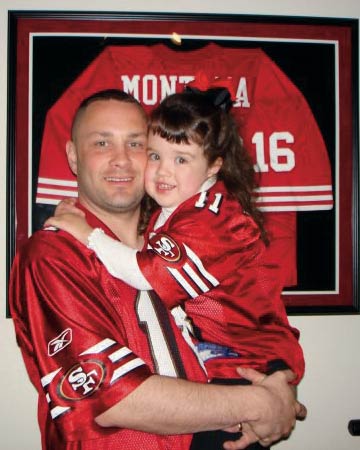 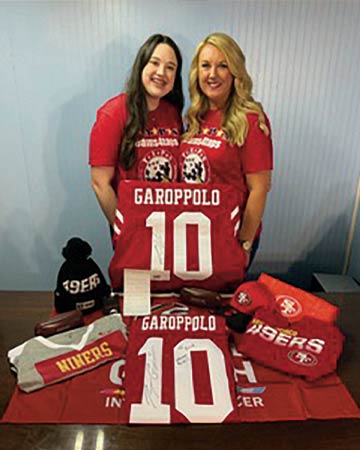 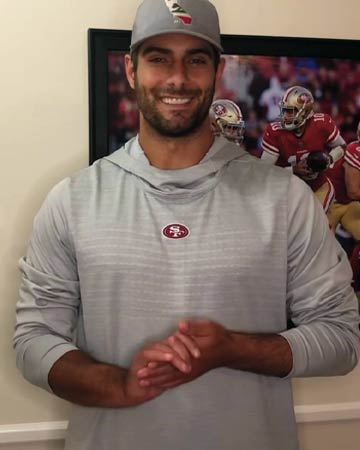 teams4taps was honored to work with the Colts for the first time to honor 10 TAPS Fallen Heroes as part of their Salute to Service Program. The Colts hosted TAPS Families for a virtual event and sent them all an amazing “homegating” package filled with Colts/TAPS Salute to Service gear! They also honored all 10 Fallen Heroes at Lucas Oil Stadium before the game. Families received signed replica Colts helmets with their Fallen Heroes initials. 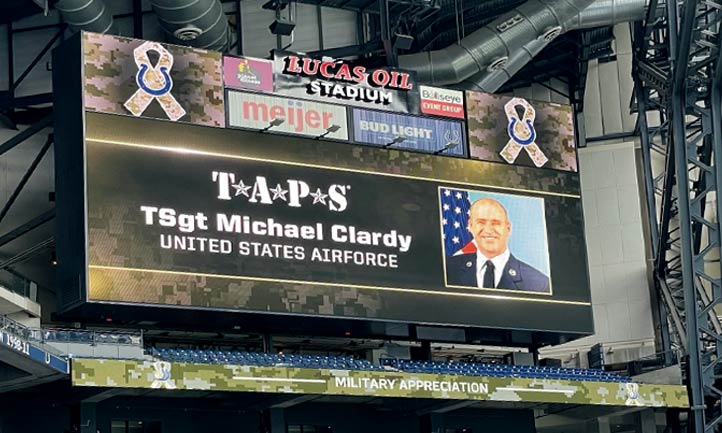 The Colts hosted TAPS families for a virtual event. 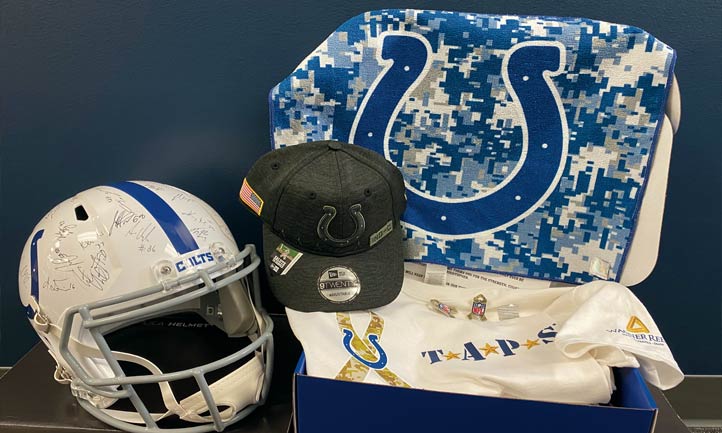 In their first team Salute to Service event with TAPS, the Eagles came up with a novel idea—using robots for the TAPS Families to “attend” practice. The robots allowed the families to be on the sidelines and for the Eagles players to make virtual visits. The Eagles wore Fallen Heroes decals on their helmets during the game; the Defense wore RT for SFC Towns and the Offense wore JJ for CPT Jones. 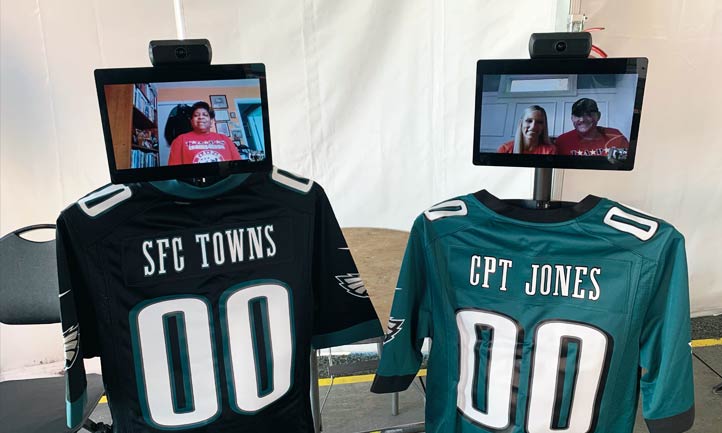 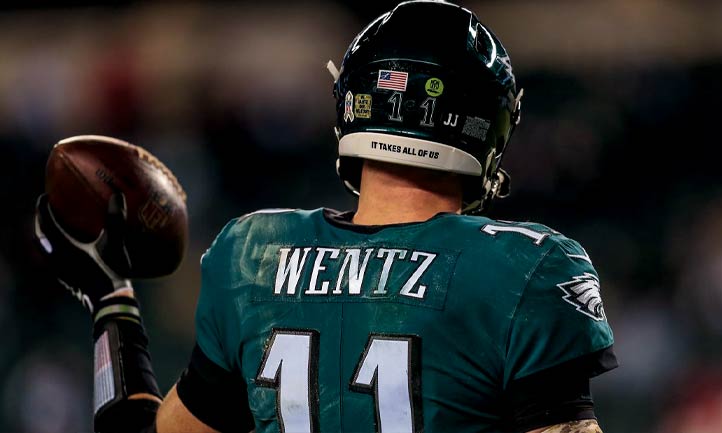 Initials of Captain Jason Jones are worn on the helmets of the Eagles’ offense. Photo: Eagles Staff Photographer 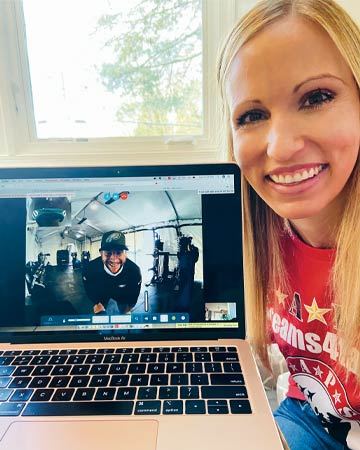 Jessica Harper is the Director of Operations, TAPS Sports & Entertainment. 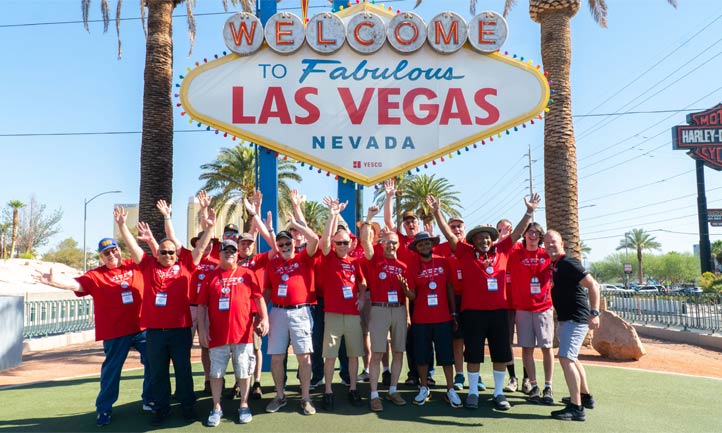