As the holiday season is upon us, I can’t help but look back and reflect on the past eight years. 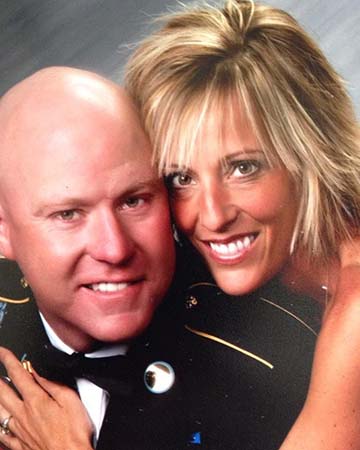 It was 2012. The weather was changing and the mornings were cool as we were approaching late fall. The chats that my husband Rob and I had sitting outside a Starbucks coffee shop in San Antonio, Texas are permanently etched in my mind. We spent our mornings drinking coffee and reflecting on our nearly 20 years of marriage. We talked about many things, our daughters, and our time in the Army that was coming to an end after 22 years. We talked about triumphs, losses, deployments, and so much more.

Rob had been diagnosed with a rare cancer that was caused from the toxins he was exposed to while deployed to Iraq. We knew his days were short as the holiday season was upon us. That Christmas in 2012 would be our last together. Rob passed away 19 days later on January 13, 2013.

As the months passed after he died, I started to go over our conversations. I tried to find purpose again, remembering all the things Rob had said, all the hopes he had for our daughters as they grew into young women that he would not be here to see. These conversations are now “gifts” to me.

One conversation in particular kept replaying in my head. Rob said to me, “If this is how God is taking me from this earth, I need to do something for my Soldiers that I will leave behind. Promise me that you will share my story, and my Soldiers’ stories, to help save others. This is my last ‘gift’ of leadership.”

Eight years later, I have kept my promise to him. Thanks to TAPS and Bonnie Carroll, I have been given the “gift” of sharing Rob’s and my story to advocate for legislation that will ensure our Veterans receive the health care and benefits they have been denied. 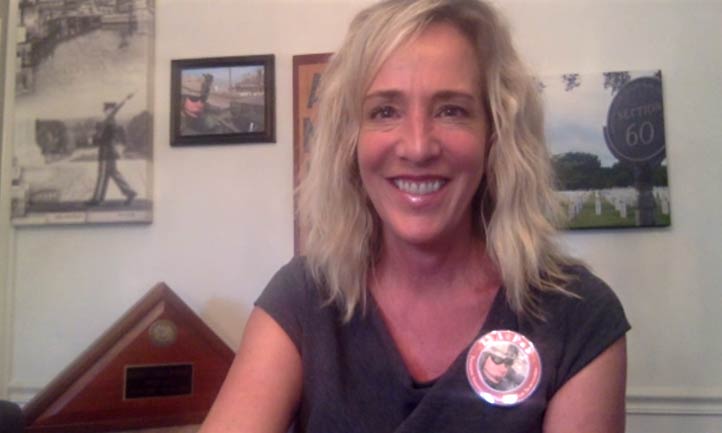 Coleen spoke at a press conference on the progress for the TEAM act.

The Toxic Exposure in the American Military (TEAM) Act (S. 4393), co-sponsored by Senator Thom Tillis (R-NC) and Senator Jon Tester (D-MT) unanimously passed the Senate Committee on Veterans’ Affairs this fall. TAPS and fellow TEAM Coalition members have worked on this landmark legislation for over two years. This is the first step of many to prevent the denial of health care and benefits. Rob’s “gift” of leadership lives on!

As the holidays draw near, my hope is that we can all find “gifts” that our loved ones left behind for us to treasure. I am filled with gratitude that I found many “gifts” that Rob left behind, not only for me and our daughters, but for so many more.