After her son Michael died in Afghanistan, Lydia told me, “I not only lost my son, I simultaneously lost all his friends.”

Lydia had not realized the almost sacred place those friends occupied in Michael’s life and her own. “Ever since grade school, they were always over. They even went on trips with us. It was a tradition that they came to our house to watch football on Thanksgiving. On Christmas Eve they showed up for our annual potluck. Yet now that Mike died, I never see them. After the funeral they disappeared. I miss their connection with Mike of course, and I also miss the fun we shared.”

Have you ever thrown a rock into a still pond? After the rock hits the water, ripples move through the water in ever-widening circles. A death can affect your life as if it were a pond, sending ripples outside the initial impact of loss. Those ripples move through our lives: our relationships, our traditions, and our daily routines. When someone we love dies, it affects our whole pond. We call those ripples that go beyond the loss of the loved one secondary losses. Secondary losses can feel especially painful during the holiday season, as survivors face an empty chair at the table or changes in a cherished annual ritual. 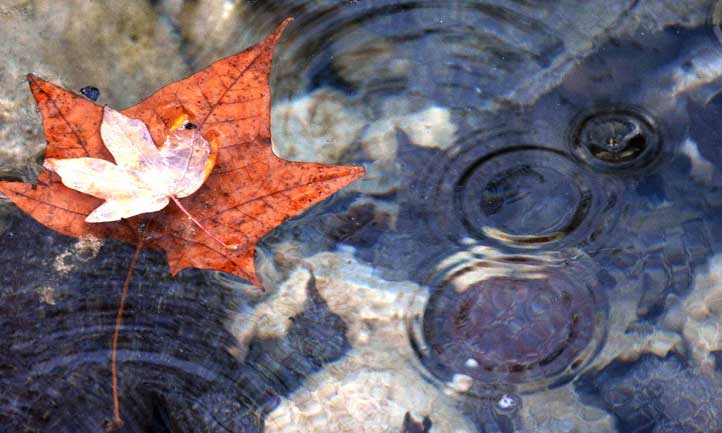 Rod experienced the secondary loss of one of his best friends. The relationship started to fray not long after Rod’s sister Meg died by suicide. Rod and Carl were more than friends; they were combat buddies and brothers in law. It was Rod who had introduced Carl to Meg. But now Rod resented Carl for dating another woman less than a year after Meg’s death. He realized that he unfairly blamed tensions in the marriage for his sister’s death and even felt guilty that he had set them up eight years earlier. Yet he missed his friendship with Carl and seeing his nephew and godson, who was a powerful reminder of Meg. He missed being certain of where he would be on New Year’s Eve because when they all returned from service, the three of them had always happily rung in the new year together.

For Kendra, the death of her son in a training accident affected her relationship with her daughter-in-law Tracy. To be honest, the relationship between Kendra and Tracy had always been tense. Kendra had thought her son Ty should wait until he had finished his service before marrying. Now that Ty had died, she missed her grandchildren and hoped to repair a problematic relationship. The primary loss of Ty rippled through Kendra’s life because she now felt the secondary loss of her relationship with Tracy, though rocky, and her grandchildren. With the holidays approaching, her emotions grew even more intense. Kendra wanted to shower her grandchildren with gifts as she always had when Ty was alive, but now she was simply stockpiling presents because she felt Tracy wouldn’t allow her closeness or generosity. Kendra began wanting to avoid holidays altogether.

Reaching Out Is a Positive First Step

How can we respond to these secondary losses? Sometimes, it can be simple — just by reaching out. Lydia did that. On the anniversary of Michael’s death, she invited his friends for a memorial barbeque. Most came. She spoke to the group and reminded them that she not only missed Michael but also all of them. She told them how much a part of Michael’s life — and her life — they had been. They all shared memories and cried together. The barbeque has now replaced the Christmas Eve potluck and is now an annual event. Even better, Michael’s friends often stop by Lydia’s house to visit the family whenever they are in town, even at Thanksgiving to watch the games.

Sometimes secondary losses cannot be fully restored. Rod reached out to Carl but found he had little interest in reviving their relationship after all. There was too much hurt. He now sees his nephew when he is visiting with Rod’s parents and appreciates that Carl supports their closeness.

For Rod, the loss of his relationship with Carl—a ripple in the pond—is one that he must both acknowledge and grieve. But Meg’s death has also resulted in his finding strength with peers who have experienced similar losses. He now realizes that his new friendships are just as strong, perhaps even stronger, than his with Carl had ever been.

For Kendra, the mere act of reaching out and speaking honestly with her daughter-in-law Tracy was difficult. But she courageously took the first step. She and Tracy eventually met for coffee at Kendra’s insistence and hashed things out. “We found we shared a love of Ty and that Tracy wanted her children to grow up knowing and being close to their grandparents. I will not say it is the easiest relationship in the world, but we manage. We now share stories about Ty often and are becoming closer. Last year, Tracy let us to take the kids to Disney when they were off from school. It is working.”

Kenneth J. Doka, Ph.D., M.Div., is a TAPS Advisory Board Member and Senior Bereavement Consultant to Hospice Foundation of America. He is past president of the Associationfor Death Education and Counseling and is the 2019 recipient of its Lifetime Achievement Award. Dr. Doka is a mental health counselor and ordained Lutheran minister.