Beyond the Final Score

August Cabrera, surviving spouse and mother to Max and Roanin

Texas A&M is a huge deal in the Cabrera family. Not only did our hero, Dave, graduate from there in 1992, but a sister, brother, and now nephew are all Aggies.

Dave and his first wife, Angela, were college sweethearts and now their two kids, Corbin and Gillian, both attend A&M. So when team4taps called to offer our family, our entire family, a chance to attend a Texas A&M home football game, I knew all four of Dave’s kids, including our boys Max and Roanin, would be thrilled.

Instead of just a game, we were treated to a tour of the facilities including the training and weight rooms, a place of honor on the spirit walk to welcome the players, time in the TV production trailer, a visit to the broadcasting booth, a place on the sidelines during pregame, a front row seat for the presentation of the A&M Corps of Cadets, and amazing seats for the actual game.

As Max said a few days later, “Saturday’s adventure made me feel like I’m more connected to Dad because now we share some of the same memories.”

I couldn’t have said it any better. Walking through the locker room, through the tunnel the players would run down a few hours later, and onto Kyle Field — on game day — was magical. There were moments watching all his kids revel in the experience that I was close to tears, knowing how much Dave would have wanted to be there with us.

But then, we realized he was there — in every player that fist bumped the kids on their way into the locker room, every staff member that answered questions, every sportscaster that let the kids into their booth. Each of them, by letting us into their world and honoring Dave, brought him a little closer to all of us. 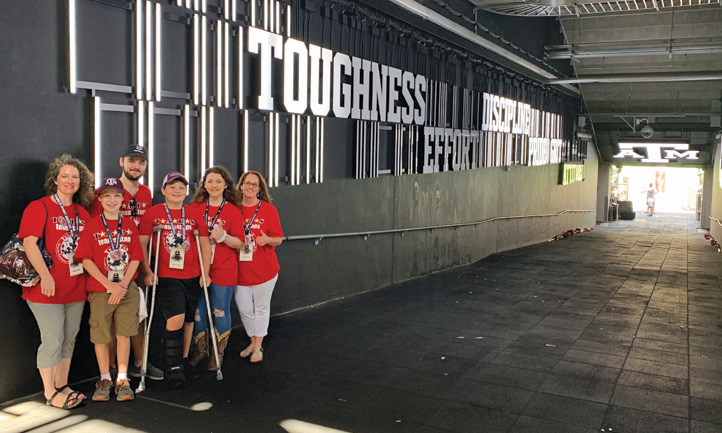 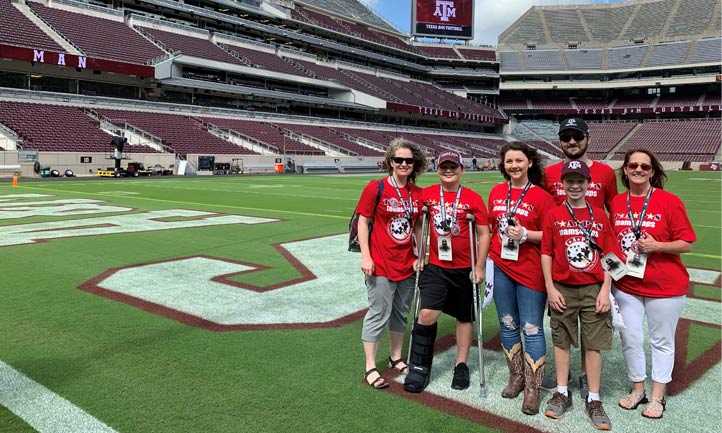 Cabrera family enjoying an exceptional day of honor, remembrance and the Aggie spirit.

Angela Cabrera, surviving ex-spouse and mother of Corbin and Gillian

An A&M grad herself, Angela was especially moved by the experience and said, “To share about David in the place he loved with August and her two sons sounded like a dream. I am thankful that TAPS gave us the opportunity to bond with each other and allow for August and the boys to gain more understanding of this part of their fallen hero’s story in a venue near and dear to David’s heart.”

Corbin, an A&M senior, went on to say, “The experience was amazing because, not only did I get to visit new parts of the university I love, but I got to see my little brothers finally start to understand why much of our family has decided to go here.”

These kinds of experiences build unique bridges between the families of the fallen and those loved ones we’ve lost. Watching Aggies stand on their feet for four hours in the sun, listening to the practiced cheers of the crowd, feeling everyone’s passion for their school, I finally understood part of Dave I had never fully appreciated. A&M is a force in itself, and now I finally get it.

teams4taps connects surviving military families with professional and collegiate sports programs to bring hope, joy and healing while honoring their loved ones. To share a favorite sports memory, team or player, complete the online form or contact us at teams4taps@taps.org.