TAPS is a love story

It's inspiration was love. It continues to be a testament to love. 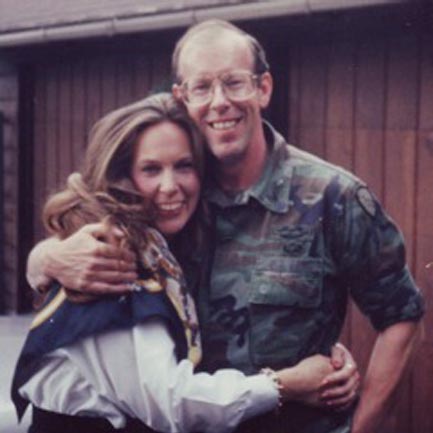 Love given, love received, love shared. It grows and strengthens — spreading its light to the darkest of places.

In November 1992, eight soldiers perished in a C-12 crash in Alaska, including Brig. Gen. Thomas C. Carroll, commander of the state’s Army National Guard Gen. Carroll’s widow, Bonnie, and the seven other widows found the most powerful comfort from each other.

Twenty-five years ago, there were no smartphones, no Google. There was no national organization with the mission to provide support and resources to those grieving the death of a military loved one.

Bonnie Carroll’s vision changed the landscape for military families. On October 17, 1994, the Tragedy Assistance Program for Survivors (TAPS) was born.

TAPS Stands With You

Grief and death are not subjects people wish to think about, much less discuss. Yet, they are aspects of life that do not discriminate. Grief and death touch us all at some point in our lives. And when a death occurs in the military, TAPS stands ready to reach out with comfort and connection to resources that offer help, hope and a community of support.

Since our founding, TAPS has been there 24/7/365. We have helped over 90,000 military survivors by providing a national network of peer-based emotional care; access to round-the-clock support through our National Military Survivor Helpline; connections to resources in communities across the country; and thousands of programs that have helped our families navigate their grief journeys.

We stand side by side with our military and partner organizations to give families the care they deserve. We are there in the beginning and for the days, weeks, months and years that follow. TAPS is there when the hurt is too heavy to carry, when hope is renewed and when survivors are empowered to carry forward our nation’s legacy — and to be living legacies for their loved ones.

As a family of survivors we have stood together at the Pentagon Family Assistance Center in support of those affected by the terrorist attacks of 9/11. We extended our hands and our hearts to those who lost loved ones at the Fort Hood shooting. We have run marathons in honor and remembrance of our heroes through TeamTAPS; we have gathered in small coffee shops at TAPS Togethers and sports stadiums as part of teams4taps. We have taken our experience and extended our time and care to another through the TAPS peer mentor program. We have bridged the miles through our online community and embraced our futures with renewed empowerment at retreats and expeditions. We have done all this in support of the mission to honor those who have served and sacrificed for our nation, to celebrate their lives and to share the grief journey with love and compassion.

Love is universal. Love is eternal. It transcends borders, language, and time. Through TAPS International, we have become a model for other countries to form groups offering compassionate care and companionship for their own military survivors.

And now as a global family, survivors stand together. Together with a solemn pledge that no one will ever have to face the heartache alone — a pledge that there will always be someone to listen and to lean on, someone who will enter into a space of pain without fear and be a comforting presence.

TAPS is a love story. For 25 years, wherever there is grief and hearts that need to be comforted, the TAPS family has offered love and compassion. For 25 years, we have been a place of hope for all those grieving the death of a military loved one, regardless of the relationship to the deceased or the cause of death.

Our mission continues. The number of surviving family members coming to TAPS for support has risen each year and is projected to increase again for 2019. Our programs have been benchmarked as best practices and, through the TAPS Institute for Hope and Healing and other programs, we have fostered a broader awareness in bereavement care of military families and in suicide postvention. TAPS is now leading the way in developing a program to specifically address the needs of survivors who grieve the death of their loved one to an illness.

From love, Bonnie Carroll created TAPS. From the love of her husband Tom, from the love of her fellow travelers along the grief journey. For 25 years, there has been a home for grieving hearts. Those hearts have joined together to form a family; a family of strength and honor. A family of love.

“Tom’s death was devastating and debilitating in every way and there was no place for me to come together with other military surviving family members and find a community of hope and understanding. The only ones who understood what I was going through were the other widows who had also lost husbands in the same crash. We all understood each other because we were walking similar paths in our grief.” ~ Bonnie Carroll, TAPS Founder and President

“More than 20 years ago, I found myself alone as a young widow, living away from home — completely shattered. Through the compassionate outreach of TAPS, I found a new home very early in my grief. Connecting with other young widows was at the time so surreal and at the same time completely normalizing to the situation.” ~ Kellie Hazlett, Surviving spouse of Major Mark Nickels, U.S. Marine Corps

“When I first came here to the TAPS group I was hopeless. I was desperate to find just one person like myself. Never did I think I would find this new family who not only is just like me but have been there for me in my deepest darkest hours and were the ones who have extended their hands to pull me up off my knees. You all have been the ones that have carried me in times that I could not walk on my own.” ~ Peggy Scallorn, Surviving mother of Airman 1st Class Cody Scallorn, U.S. Air Force

“No organization is probably as responsible for that sense of confidence that we have that our families would be taken care of than TAPS.” ~ Gen. Joseph Dunford, U.S. Marine Corps, 19th Chairman of the Joint Chiefs