A Commitment to Legacies, Each Other, and to "Making It"

It was August 1, 1971, and David Scott and James Irwin were ending their workday on the moon. They were finishing up experiments and facing what probably was, for astronauts of that era, a terribly difficult moment – parting with a one-of-a-kind flashy sports car (in this case, a moon rover).

Yet sometime between Day 6, Hour 23, Minute 55, when James Irwin climbed into his landing craft for the last time, and Day 7, Hour 0, Minute 2 when the pair of astronauts closed the door, Mission Commander David Scott did something I know all of us understand.

He secretly placed two things on the moon: one, an aluminum figurine called the Fallen Astronaut, and two, a plaque bearing the names of the American astronauts and Soviet cosmonauts who perished as part of the space program. He had carried it 238,900 miles. 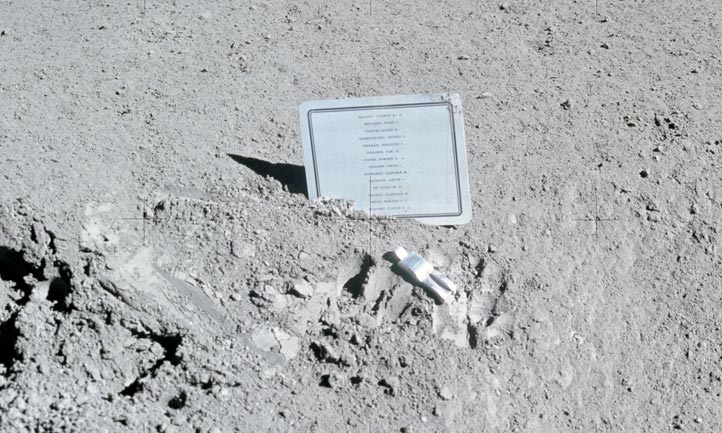 I am certain that despite the weightlessness of orbit, the gravity of those names and the stories behind them did not change.

We, too, have names and stories. Like Commander Scott, we know something about long journeys, heaviness, and holding the important things close.

I’d like to say, “We come in peace,” but the truth is we come all jumbled up. We converge with this sort of emotional magma. For some it’s roiling, for some it’s cooled, hardened. We may be lost, lonely, angry, scared, bitter, traumatized, sad — and we may also be healing. We may also be proud.

We come together as a family of survivors to honor our fallen, to grieve our dead, to insist that our country understand the cost of war and the price of peace.

As Americans, we have brought our dead even to the moon. We have scattered their ashes at sea, across the start lines of races. We have placed boots in their honor in fields across America, put their pictures on our TAPS family tree, run for them, climbed mountains to make them proud, raised their children, loved their dogs. We have whispered their names in remembrance circles, lit candles, smelled their clothes, and oh, how have we wished that things were different. We honor them for where they brought us, to this family — and we honor them with what we do now. The lives of those we love have pulled us together, and they will drive us onward.

Nine years before David Scott placed that plaque on the moon, President John F. Kennedy stood in Rice Stadium in Houston, Texas, and boldly proclaimed, “We choose to go to the moon.” Famously, and appropriately for our comparison today, he continued by saying, we choose it not because it is easy, but because it is hard.

Rising, literally, to the challenge of President Kennedy’s words compelled the best minds, most courageous pilots, and strongest families. It demanded unity of purpose. Each scientist, engineer, and mathematician redefined the applications of materials and numbers. Each aviator (and one chimpanzee) hurtled atop millions of pounds of explosive into uncharted territory. They were all dedicated to going the distance. They were committed to “making it” — no matter how largely the gap loomed between what was required and what was known.

How similar it is for us. How vast seem the expanses of living lifetimes without our loved ones. Grief is demanding, and our resources are limited.

What strength will we need tomorrow? How long will it feel this shaky? Will we ever feel at home again? Both space travel and grief can seem a lonely and dangerous enterprise. Both forever alter our perspective and how we see our home. Both require us to embrace a challenge for which we are not ready.

Yet, in each we are compelled to keep reaching toward the heavens.

Neither the exploration of space, nor grief is an odyssey that can be undertaken alone. In order to stand with any degree of confidence on that cusp between what we knew then and what we know now, we must rely on people we trust.

This journey does not ever have to be yours alone.

For 30 years, Dr. Guenther Wendt led launch operations at the Kennedy Space Center oriented around a principle he called “the unbroken chain.” Each part of the project was tied to what came before and what came after: no link unimportant — no contribution insignificant. The flight directors of mission control were the voices in the dark; the engineers were the troubleshooters and problem solvers. Katherine Johnson, who was awarded the Presidential Medal of Freedom, performed the calculations that allowed John Glennto confidently orbit the earth — trusting all the while that he was equipped with the absolute best everyone had to offer. In order to go confidently, to dare greatly, to move beyond the broken planets of our own losses, we are called — honored — to give nothing less than our best to each other.

And so it is with us. When we flirt with leaning in to the persistent panic, we turn to trusted voices. We are each other’s best hopes.

We form the unbreakable chain: holding each other together, keeping alive the mission to become better, to raise families, to grow and heal as much as we can — not because it is easy, but because it is hard.

Look for this evidence. Watch for the ways that the universe allows us to bear witness for each other — the ways you become surprised by how you have been prepared for this, the way others have forged ahead so they can show you that it’s possible. Open yourself to a deeper understanding of the unbroken chain: out of sight is never out of mind; “beyond visual range” is only that; when our loved ones aren’t here with us, still they can count on us. The unbroken chain — each of us, our griefs and our glories — impact those around us. The unbroken chain: we draw on the strength of those who have come before us and we, in turn, can inspire and support those who will come after. The unbroken chain — even though our loved ones, like the astronauts, have slipped the surly bonds of earth, there is something ineffable that connects us to each other and to them 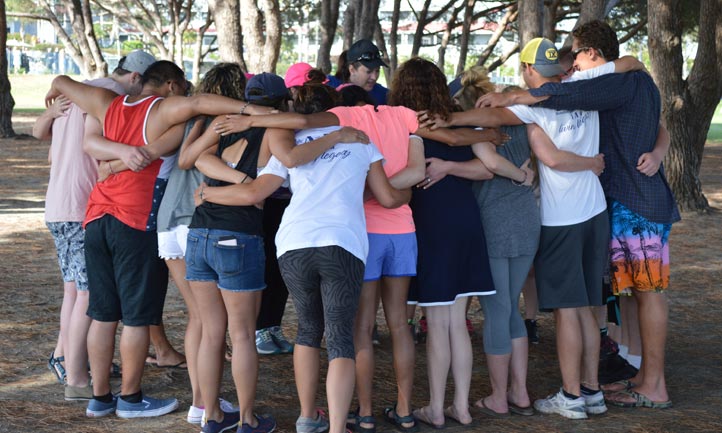 When we forge and strengthen the bonds of survivorship, we face the hard battles, the uncertain futures, the yawning uncharted spaces. We serve this country courageously so that others will not be afraid to do so.

Let us bind ourselves to each other and to the strength that our loved ones imparted. Let us commit ourselves to “making it” – to pulling ourselves and each other above the grim finalities of flesh and bone, beyond the battlefields of men and mind, out of the rubble of bombed buildings and toward a new frontier of perspective and healing.

We will move forward as those before us have moved forward, and – in so doing – we will pave the way for those who may come after us. We will make the unspoken fears of military service faceable. We will be the best versions of the worst-case scenarios. We will not be afraid to continue into the uncertain future because we know that we are connected to our TAPS family, to our fallen heroes, to the long history of strong and brave men and women who have served this country. We bear witness for every family that has walked the tightrope between homecoming and heartbreak. We share a sacred understanding with everyone who has watched and waited, worried and wept. We ground each other, we support each other, and together we show everyone what military families can do.

Endeavor to stand firm. Discover new strength in yourself. Reach out to each other. Commit to going through the darkness, pioneering your way through the unknown, and sharing your journey with your crew. We dispel our doubts, and those of others, by living with powerful commitment to something larger than ourselves. And just like with the space program, the strength of our bonds, the integrity of our own links allows our heroes to fly, unfettered. And death shall have no dominion.

Twenty-four people have seen the far side of the moon from orbit. For the period that each was in that unknown darkness, their communications with Earth were completely inoperable. They floated into a pristine, somber, unknowable silence. They relied on each other, their systems, their trust that everyone had done the best they could. The first time the Apollo 8 astronauts lost contact with Houston, the spacecraft commander said, “We’ll catch you on the other side.”

Emily Muñoz is the surviving spouse of Capt. Gilbert A. Muñoz, U.S. Army