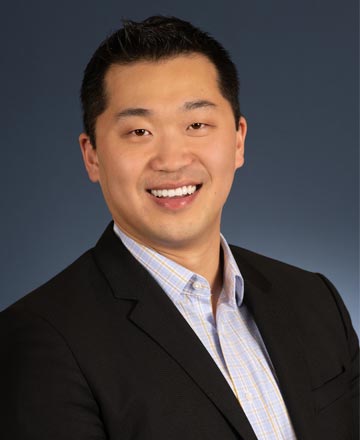 Capt. Jason Pak, U.S. Army (Ret.), is Boeing's director of veterans initiatives for the mid-Atlantic region. But his military life started as an Army brat who traveled the world with his family. He graduated from the U.S. Military Academy at West Point and deployed to Afghanistan in October 2012.

His life was forever changed when an IED blast claimed both his legs and two of his fingers.

Fast forward to 2019 and Jason is now shaping Boeing’s support for military families throughout the United States. He helps guide the company’s philanthropy, charitable partnerships, sponsorships and employee volunteer program to improve the lives of those in the military community.

“Mental health remains a primary focus for us,” says Jason. “We decided to put a stake in the ground and say we are going to support direct programming to address this.” Boeing believes that these efforts save lives by reaching and healing those with both visible and invisible wounds.

It was the combined advocacy of Jason Pak and Medal of Honor Recipient Florent Groberg, chief of staff for Boeing Commercial Airplanes, that brought the full support of Boeing to TAPS.

Jason personally saw how TAPS supports families of the fallen when an IED took the life of his close friend and West Point soccer teammate, Capt. Drew Ross, in Afghanistan last year. “He was very near and dear to me,” Jason says. “It was a difficult time for all of us who knew him. I have come to appreciate the vital work of TAPS because I’ve seen it firsthand.”

With Boeing’s funding, TAPS unveiled the TAPS Institute for Hope and Healing where TAPS is able to provide training for mental health professionals, bereavement and trauma specialists, volunteer peer mentors and military personnel who provide support and resources to surviving families following the death of a loved one.

In addition, Boeing’s keen interest in the mental health of our military led them to support the work of TAPS Suicide Prevention and Postvention team.

On a recent visit, Jason explained, “Boeing is honored to partner with organizations that are committed to serving the families of those who have made the ultimate sacrifice.” He continued, “Our investment in TAPS will extend compassion and vital support services to those who have lost a family member in service to our nation.”

Boeing has aligned itself with TAPS because we have demonstrated that we can drive measurable change and create a better world. Boeing employees have volunteered at TAPS Seminars around the country and have hosted families at company events. Boeing will host TAPS families at its Seattle headquarters in 2020. 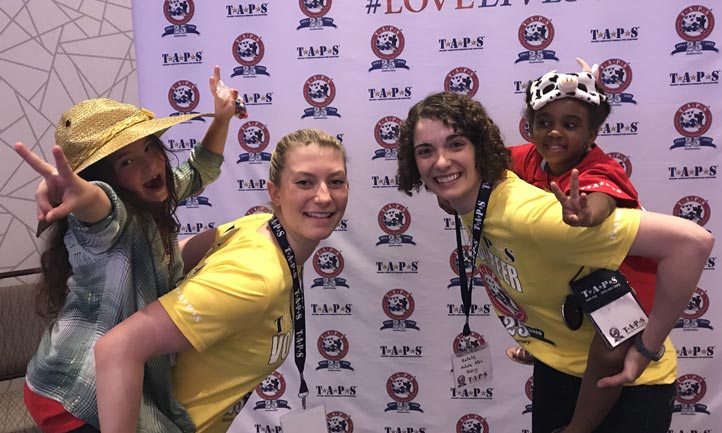 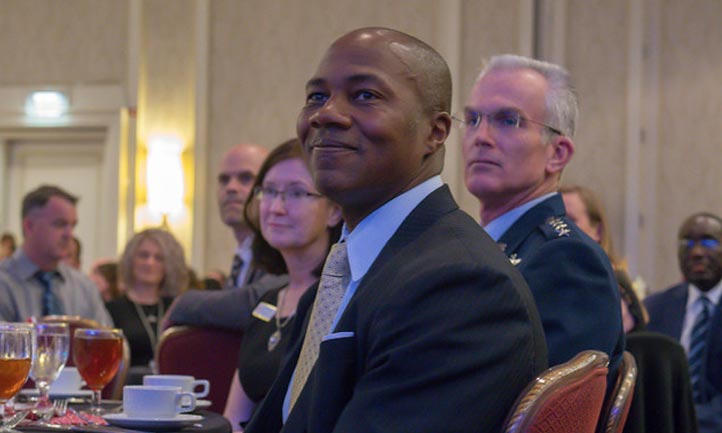 "TAPS is grateful for Boeing’s commitment to those who serve or have served in defense of freedom and those who grieve a fallen hero," said Bonnie Carroll, TAPS president and founder. "Through Boeing’s grant, TAPS will be able to train and equip hundreds of professionals and volunteers to effectively support surviving military families and to employ best practices in identifying suicidal ideation and prevent suicide attempts.”

“We will continue to grow our partnership in order to make the most impact that we can,” Jason says. “I’m a veteran myself who has sustained injuries downrange. No matter what I do, for me, it’s continuing to be the advocate—not just wearing my Boeing hat, but in general out in the community—an advocate for military families, taking care of service members and families of the fallen.”