Running with Team TAPS at the Marine Corps Marathon

Thousands of widows share a common bond because of Operation Iraqi Freedom, each of us mourning and coping in a myriad of ways. Though it took me several years after the death of my husband, CPL Nicholas Dieruf, USMC to discover an outlet. Running quickly became a way to escape the days’ stressors, connect with a newfound community of friends, and get any day started on a positive note.

Let me rewind back to 2002. In August of that year I met Nich while he was home on leave. An immediate attraction was evident, which led to several trips between Camp Pendleton, California (where he was stationed) and Kentucky. A romance blossomed and a promise ring given in January 2003 before his first deployment. Thankfully, Nich returned safely to the United States in summer 2003 where he proposed marriage over the July 4th holiday.

Orders for redeployment back to Iraq were received for mid-February 2004. Despite Nich’s deployment preparations and me wrapping up my senior year of college, we continued to plan our dream wedding. The date was set: January 3, 2004. 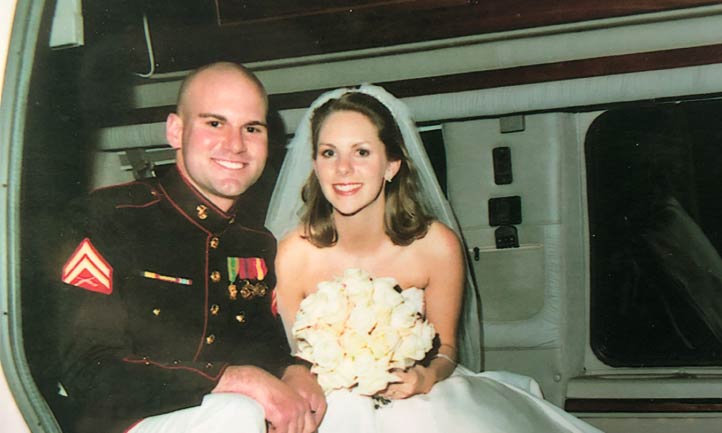 The wedding was beautiful: weather unseasonably warm, Nich in his dress blue formal military attire and me in a stunning white gown. As a newlywed couple we honeymooned in Cancun then drove across country to enjoy six weeks together before Nich’s redeployment. When we hugged and kissed each other goodbye on February 18, 2004, we reminded one another that October 2004 (when Nich would complete his enlistment and discharge from the Marine Corps) would be here before we knew it.

Tragically, two uniformed officers informed my in-laws and me that our Nich was killed in action on April 8, 2004. He saved his crew by taking a rocket-propelled grenade to the chest during an ambush, killing him instantly. Nich was buried with full military honors in Lexington’s Calvary Cemetery Friday, April 16, 2004.

Emotions swirl when reflecting on my whirlwind courtship, engagement, and marriage with Nich. First and foremost, I’m often struck with a smile recounting our fun times together. Waves of sadness and tears are a natural occurrence as well. But more times than not I’m reminded of the heavy sense of gratitude I feel toward Nich. He taught me a great deal in our short time together, the heartiest of lessons being one of unconditional love. Not the unconditional love parents have for their children, rather the ultimate, unquestionable, unwavering love one feels for their spouse. Prior to Nich I convinced myself of not being worthy of receiving that type love.

In Nich I found My NICHe. I gained respect for myself, learned never to settle, and discovered a tough survivor within.

Likewise, in running I’ve also found My NICHe. Friendships formed over the miles are one of a kind and I could not be more humbled or proud to run alongside a team participating with Team TAPS in this year’s Marine Corps Marathon.

Running wasn’t an immediate part of my wellness journey, however six months into the new lifestyle my best friend (an avid, very experienced runner) suggested I try the Couch to 5k program. So I did. With her by my side I completed my first 5k, then a 10k, half marathon and eventually 20 miles.

I first learned about Team TAPS while researching charities to run in the Marine Corp Marathon (MCM). Original plans to run the MCM was supposed to be just my best friend and me; pounding out the miles together. However as we began to share our plans and my story, others wanted to join us. Before we knew it we had a group willing to run with us. Knowing I had a large group of friends who wanted to run the MCM together, the only way to guarantee entry for all was to join through a charity. Of course I was familiar with TAPS from my personal experience. The decision was simple. It is an honor to give back to the organization that provided endless support to me in the early days after Nich’s death.

It’s my life’s mission to never let my sweet Nich be forgotten, work which will never reach completion. Participating in events like the MCM is yet another avenue that helps with that mission. Keeping his memory alive is most fulfilling for me. To add, running has not only become one of my favorite ways to start the day, it has also connected me with a newfound group of friends who are willing to support and run alongside me at the MCM - all in Nich’s name. 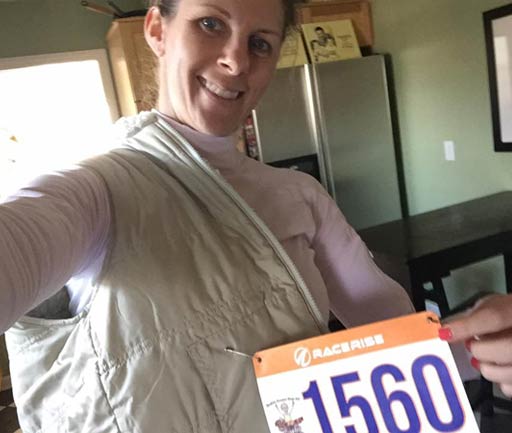 Emily getting ready to run in the Marine Corps Marathon. Photo courtesy of Emily Dieruf Chambers 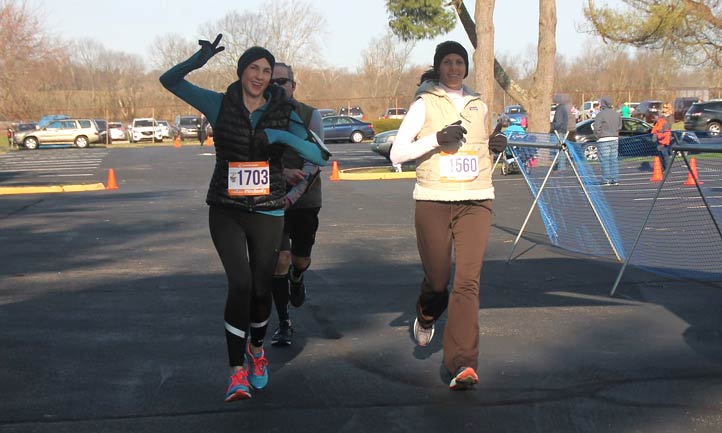 At the forefront of that support is my current husband Dwayn. Dwayn is my earthly angel. From day one he has supported any events, fundraisers, family get togethers; anything that has to do with Nich including the upcoming Marine Corp Marathon. In fact Dwayn is often the one who comes up with new ways for us to honor Nich, and is totally supportive of us raising our children to be fully aware of who Nich is and what he sacrificed for our country. I couldn’t ask for a better support system!

What would I say to anyone thinking of running - Do it! But know your “why” for doing it. The “why” will get you through the challenges and hurdles that inevitably lie ahead. I will most definitely rely on Nich and my “why” in the upcoming MCM; may he give me strength! 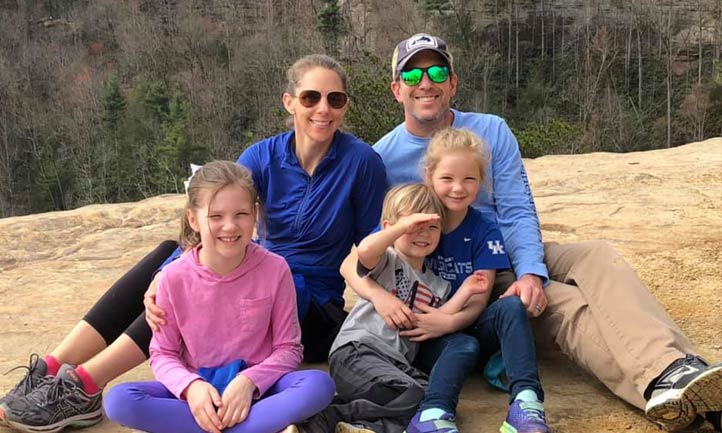 Team TAPS honors our fallen heroes through running, walking, swimming, biking and many other competitive events throughout the country and also raises funds and awareness for TAPS programs.

To find out how you can participate or be matched with a runner to honor your hero, visit Team TAPS or email teamtaps@taps.org.