A family shares their unique way of checking in on each other. 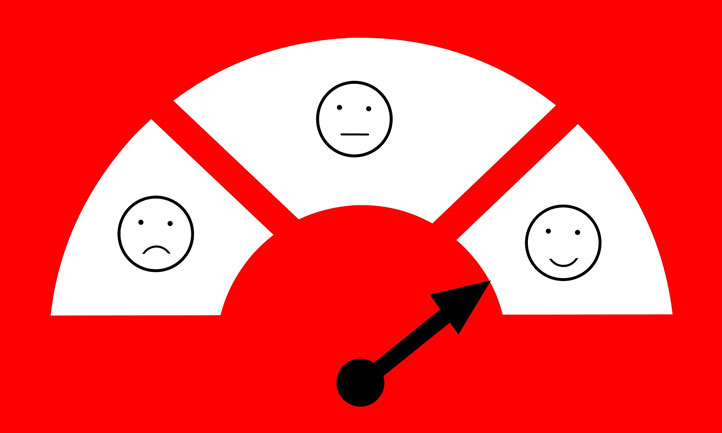 You want to answer. You want to tell them how you feel. You want to share with someone the pain you are experiencing deep within. But you’re not quite sure if they’re ready to hear how you really feel. And so you hold back. You answer with the same old response, “I’m fine. I’m OK. I’m making it.” Or maybe if you trust them somewhat, you share a little bit. “I’m struggling. I’m having a rough day.” Or some other attempt at sharing some of your deeper feelings.

In October 2014, our family experienced the tragedy of losing our middle son, Micah Farrell, to suicide. At the time of his death Micah was a petty officer in the Navy. As anyone who has been through any kind of loss can attest, the trauma is unbearable at times. The first few days are still a blur to me. We stumbled and fumbled through all that we had to do to tell other family members, make plans for a funeral and work with Navy officers to get through all the paperwork. As I was serving as the pastor of a local church, there was a tremendous show of support from our church family. We had more food delivered to our house than you can imagine; people just struggling to show some kind of compassion to us.

And of course, when you deliver food or anything to a grieving family, there is that awkward moment when you have to talk and you have to say something. Most people say, “I’m so sorry” or “Is there anything I can do?” or “What do you need?” Others simply say, “I don’t know what to say.” And then there’s that question — “how are you?”

How do you answer that question? You want to answer, but you don’t want to scare them away by yelling something like, “Well, how do you think I feel?” And so instead, you say, “I’m OK.”

My wife, Keri, and I found a way to do just that — at least with each other. And it comes in the form of a simple question, “What’s your number?” By asking this question, we are asking, “Where are you on a scale of one to 10 right now?” One being the worst possible feeling in the world, 10 being the best I’ve ever felt in my life.

Most of life is somewhere in between. Most of us probably hover around six to eight. Life is good, and things seem to be happening the way they should. Some days aren’t so good; we have a bad day at work, horrible traffic or some other small event that just irritates us. We drop to a five. But some days take you to extremes.

Some days take you to a high — a wedding day or the day your child was born. Those are definitely “10 Days.” But other days take you all the way to the bottom. October 12, 2014, the day we lost our son, was one of those extremes for our family. That day was definitely a 1. Everyone knew that. But what about the days that follow? Where are you two weeks after the loss? Two months later? Even two years later? Honestly, some days are still difficult. Some days catch me off guard and I need extra support and encouragement. So how does it work? What does it look like when we use this question?

Instead of asking my wife, “How are you?” I ask, “What’s your number?” Whatever number she gives tells me exactly how she’s doing that day. If she says “7” I know that’s a pretty good day and she’s probably right where she needs to be. If she says “9,” I know something really good must have happened and I follow up with a question about what made it so great.

But if she says anything 5 or below, I know something has happened or something is going on emotionally or internally that I need to be aware of. By telling me that number, Keri gives me the opportunity to probe deeper and ask more questions to help me understand and find ways to help her.

It also gives her the opportunity to tell me where she is without having to unload and explain everything that has happened. She may want to talk further, but she may not. She may just want me to be aware and sensitive to her needs at that moment.

Some days, we aren’t that sensitive to the needs of others around us. So it helps when we openly share, “It’s been a 4 kind of day,” before the other even asks. That gives us the clue that we need to pay attention.

It’s certainly not a foolproof method of communication, but it has been a tremendous help in our family. So maybe the next time instead of saying, “How are you?” just ask, “What’s your number?”

From the pen of...
Stewart Farrell is the surviving father of Navy Petty Office Second Class Micah Farrell, who died by suicide in 2014. He and his wife, Keri, have been married 33 years and are Peer Mentors with TAPS. He is the pastor of Fellowship Baptist Church in Goldthwaite, Texas and serves as chaplain for the local sheriff's department.
Related Articles: