As a kid, my brother would always give me a hard time because I choked on food easily. I wouldn't be in danger or anything, but he thought it was hilarious. He'd glare at me from across the table, smile and ask, “You choking?”

Years later, after his death, I looked around my messy, crammed apartment and imagined him asking me that question again. Yes, I was choking. Not on food this time, but on stuff. I was choking and feeling smothered and overwhelmed by all my possessions.

After he was killed, my family and Jeremy's friends came to the house and we each took Jeremy’s things that were most meaningful to each of us. I ended up inheriting a lot of my brother’s belongings. All of these things filled my house, but his death still left me with a deep sense of emptiness. I wanted to find a way to both manage and express my grief. I did what I thought would make me feel whole again: I bought things and busied myself with a personal project to tell the world about Jeremy. 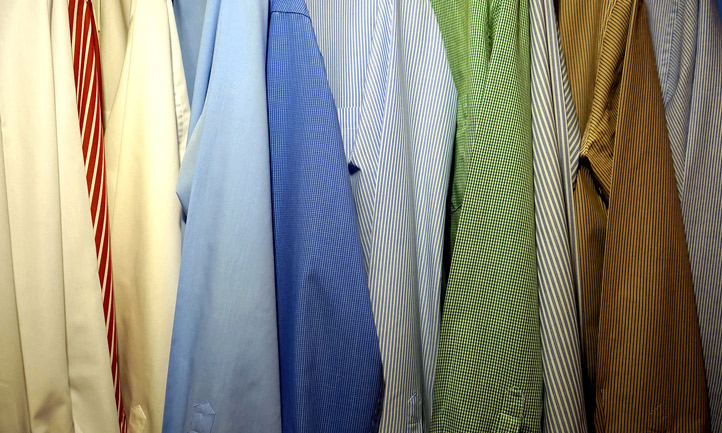 I wanted to make a film about Jeremy’s life, so I bought all new film equipment. I upgraded my lifestyle by replacing my old furniture and filling my closet with new clothes. Retail therapy was my coping mechanism. In addition to the material things I bought, I acquired a new group of friends and set myself up with a very active social life. By all outward appearances, I was getting over my loss and living a great life.

Years later, after graduating and getting engaged, I took a hard look at my financial situation and made the tough decision to sell my outdated film equipment to pay off debt I had accumulated. I didn’t even have a film to speak of. The fair-weather friends I acquired were long gone.

Then my mom died. I was a different person and grieved her loss differently.

I saw then how much time I had wasted after Jeremy’s death focusing on superficial things to make me feel better but that did not actually make me better. When I tried to dress up my grief, I just kept adding to it. I did not face the real issues underlying my desire to acquire so many things.

So how do you become a better person after such tragedy? When you have so much in your life, your life can weigh you down. It's hard to move, much less move on.

I reaffirmed my commitment to making my movie. I sold or donated a lot of the big-ticket items I'd purchased over the years. I was about to get married and when my fiancée and I moved in together, we packed all our things into our two cars. By the time we moved again a few months later, we filled both cars and a large rented truck with our things. Every time we moved, we had so much more stuff. When you don’t have what you need emotionally, you reach (or buy) things that are convenient and easy to grasp.

It was obvious that something had to change. I was happy with my marriage but not with anything else. Then one day I came across a movie about minimalism. I learned about a community of people who seemed a lot happier with less.

The movement to live with less really struck a chord with me. I started getting rid of the stuff I didn't find joy or use in. Saving an item “just in case” didn't have a place in my life. After all of that stuff went away, I still had Jeremy's things. I had grown out of a lot of his clothes, but I still had a bunch of his stuff.

I learned from that movie that memories don't exist in things. They exist in your mind. If I get rid of my brother's shirt, I won't forget him. As long as I still exist, and as long as I keep remembering him, he is remembered.

Since I embraced a simpler, less materialistic life, the noise in my head went away. I became a better husband, a better son and a more focused person. A less cluttered life means a less cluttered mind, and a happier one. And that's what our loved ones would want for us. It may sound like a very difficult, if not impossible, task to get rid of the personal belongings of a loved one. But I promise there's value in not attaching yourself to things or the physical manifestations of your memories of that loved one. We’ve accumulated memories and experiences with our loved ones that live with us in our hearts and memories; donating his jacket or shoes is not going to take any of that away.

Chris Shank is a surviving brother of Army Cpl. Jeremy Shank, who was killed in Iraq in 2006. In addition to working on the Survivor Care Team at TAPS, he's an avid marathon runner and writer. He currently lives in Texas with his wife, Dana Formon.