When a death is sudden and unexpected, as is typically the case with a military death, it's that much more difficult. Immediately after the death, those affected by traumatic loss typically exhibit psychic numbing. They're present physically, but not necessarily mentally or emotionally. In other words, they're in shock. This protective mechanism is nature's way of protecting them from experiencing the full force of the loss all at once. The reality of their loss was so overwhelming that they simply couldn't fully absorb what was happening. Did you experience this? 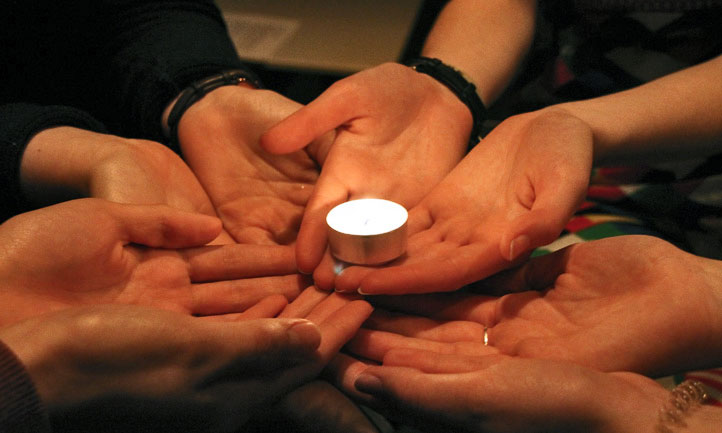 If so, this means, of course, that you also may not have been able to fully absorb the funeral. The normal and necessary shock may have buffered you from both the horrible reality of the death and the funeral’s healing functions.

Those customs — the eulogy, the music, the readings, the reception — all the ceremonial elements help us transition from life before to life after the death. What’s more, the funeral’s structure holds us up when we might otherwise collapse. It gives us a meaningful process to step through, tasks to accomplish, rites to follow, places to go and people to support us.

Funerals are not really rites of closure but rather initiation. Good ones help us get started. I hope the funeral for your loved one met your needs and helped you on the path to healthy mourning. Regardless, perhaps you might consider that sometimes, one funeral — no matter how personalized and meaningful to family and friends — is simply not enough.

The Importance of Additional Ceremonies

The funeral has long since passed. What can we do now? I trained for 13 years as a talk therapist, and over the decades I’ve counseled those in mourning who’ve been waylaid in the months and years after a traumatic loss. Talk therapy is helpful, but I’ve learned it’s often not talk therapy that traumatized mourners need most. Instead, it’s more ceremony.

Ceremonies help us acknowledge the reality of death, remember the person who died and provide a time of social support. They can help us search for life's meaning and our own continued existence.

I usually recommend that families affected by traumatic death hold three ceremonies spaced out over a period of about two years. If more than two years have already elapsed, that’s OK. Additional ceremonies will still help. Time alone does not heal grief; active mourning does. But psychic numbing does dissipate over time, allowing you and your family to engage more and more deeply with your grief as time elapses.

I invite you to consider having a second ceremony about six to eight months after the death. If more time than that has already gone by, simply hold the second ceremony soon. Sometimes a significant date makes sense, such as the birthday of your loved one or the anniversary of the death.

For the second ceremony, I often recommend a simple candle-lighting ceremony in your home. Invite close friends and family to gather around a table on which you’ve placed photos and memorabilia of the person who died. You might begin your ceremony with a piece of music and read one or two short prayers or poems. Each guest can hold a small candle and light it as he or she shares a memory or thought. A prayer, song or piece of music makes a good close.

There are no set rules. Your ceremony can be religious or secular, in keeping with your beliefs. As long as the ceremony helps you explore all the healing functions of the funeral, it will foster continued movement toward reconciling your grief.

The third ceremony is often best held somewhere between 18 and 24 months after the death — or, if more time has already elapsed, about a year after the second ceremony. I often recommend a gathering at the gravesite or place of permanent memorialization. Again, readings, music and memory-sharing turn a gathering into a meaningful ritual. Re-dosing yourself with the purposes of the funeral — reality, recall, support, expression, meaning and transcendence — is a powerful healing elixir.

I hope you will try having one, two or even more additional ceremonies in honor of your loved one who died. The ceremonies can be as elaborate or as simple as you want. I hope you’ll continue to participate in community ceremonies on holidays, like Memorial Day, Flag Day and Veterans Day.

I have found that such rituals help people who feel stuck in their grief get unstuck, and for those already on a healthy mourning path, it provides them with continued divine momentum toward healing.

From the pen of…
Alan Wolfelt, Ph.D., serves as Director of the Center for Loss and Life Transition and has written many books that help people mourn, including Healing Your Grieving Heart After a Military Death (co-authored with TAPS President Bonnie Carroll).Visit centerforloss.com to learn more about grief and to order Dr. Wolfelt’s books.