A Navy SEAL from 2002 to 2012, I had three deployments to Iraq under my belt and had just finished a year-long deployment to Afghanistan when I returned to the United States. I served another six months in the military and transitioned to civilian life, and I was totally lost as to what to do next with my life. 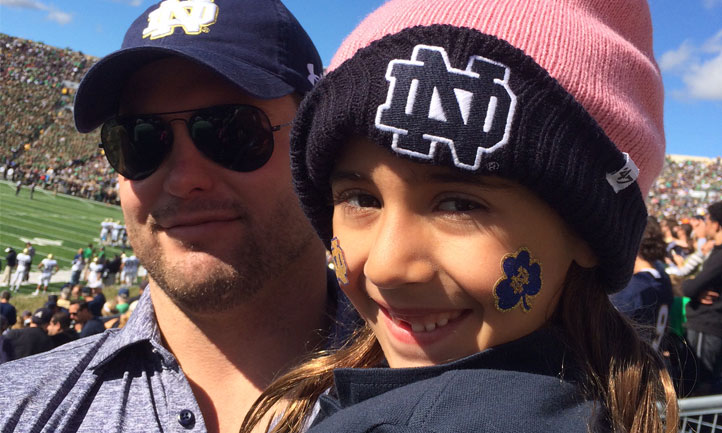 I wanted to unplug for a while. I didn’t want to answer to anyone. So, I moved from my duty station in San Diego to upstate New York where I began boxing out of a small gym. After eight months of boxing, I moved in with one of my best friends from college and his family who lived on the outside of New York City. His family invited me to stay with them while I contemplated my next step in life.

I am godfather to my best friend’s oldest daughter who was 8 years old at the time. Daily she came home from school with different books she was supposed to read and discuss with her family. Sometimes, I read to her at night and we discussed the stories. It was “Charlotte’s Web” that made me think about my purpose after military life, deployments and losing fellow service members.

I was reading her the story and in chapter 21, “The Last Day,” E.B. White writes of the last conversation between Charlotte the spider and Wilbur the pig, before Charlotte dies.

Wilbur, feeling like he has never done anything to deserve the grace Charlotte has shown him by spinning her webs, questions Charlotte as to why she would go to such lengths for him.

Charlotte has a simple but profound answer. She says, “You have been my friend, that in itself is a tremendous thing. I wove my webs for you because I like you. After all what’s a life anyway. We are born, we live a little while, we die. A spider’s life can’t help being something of a mess, with all this trapping and eating flies. By helping you, perhaps I was trying to lift up my life a trifle. Heaven knows anyone’s life can stand a little of that.”

After reading this passage to my goddaughter, I paused and started to reflect. I told her I needed to take a break, and I went outside. It was a cool autumn night in the mostly rural neighborhood, and the wind blew through the trees as I walked down the empty street alone.

I thought of the past 10 years of my life - the many fire fights I had been in from street to street and house to house in Baghdad, Mosul, Ramadi and through the mountains of southeastern Afghanistan. I thought about, E.B. White’s words. Much like Charlotte, a military service member’s life can’t help but be somewhat of a mess with long deployments away from home, the taking of life and the destruction you bring to the world when you are fighting your nation’s enemies.

So what is my purpose? My purpose is to work, to fight, to defend and, through both empathy and tough love, to help others reach their full potential as human beings. But I also am called to reach my full potential as an individual and as part of the collective nation.

I believe we stand on the shoulders of the great men and women who went before us, but also we are only as good as our next generation. This is my purpose - to wake each day, to work, to help others, to make my life and that of my friends a little brighter, to be a battle buddy to those going through their darkest moments, to fight for the things I believe in and, when I find a moment, to rest and share a meal, a story or a laugh.

This is my purpose. I have a new role to play.

Today and every day, I honor and remember those who have gone before me and help those who will come after me. I strive to be a friend to myself and others. I search for new passions - those things put on my heart - and pursue them. By doing so, I lift up my life and that of others just “a trifle” each day. And heaven knows, all of us can stand a little of that.

From the pen of…William Wagasy is a decorated Navy SEAL veteran having completed four combat tours from 2002-2012 – three to Iraq in support of Operation Iraqi Freedom and one to Afghanistan in support of Operation Enduring Freedom. Today, he serves on the TAPS Board of Advisors and is an inspirational and motivational public speaker.