This week, I followed along on Facebook as a friend, his wife and their church lived out a 2004 battlefield promise. I am still reeling from how they cared, how they mobilized and what the lessons are for us all. 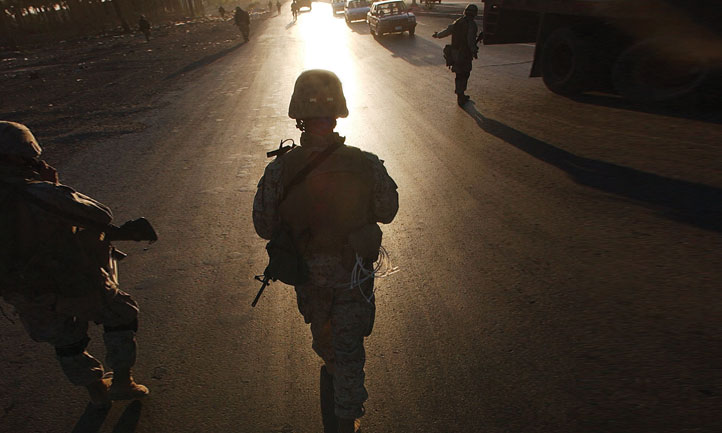 An Army veteran who’s pretty impressive with his handcycle, his integrity and his relentless pursuit of positivity, my friend Ed decided that, when his Iraqi interpreter’s move to the U.S. finally started to become a reality, this time he would be the trusted voice in a strange land. With the interpreter’s family making preparations to resettle, Ed and his team came through, and they came through big. A house was found and furnished. Medical services were donated. A refrigerator was stocked. Yesterday’s foundation of trust became today’s second chance.

More than a dozen years and a world away from combat operations in Iraq, when their very survival depended on mutual trust, two families greeted each other at the airport, then journeyed together to enjoy the first meal in a safe home.

I don't think my friend ever personally guaranteed his interpreter a new life in the U.S. in exchange for knowledge and skills. I don't think they pinky promised one night before a mission. But that’s what makes this even more powerful. We may not have gotten to make explicit pacts with our loved ones, but there’s still that opportunity to show them that because they fought, we will, too.

The commitment is to be present, to persevere, to not forget, to dig deep and to trust that what you are doing matters. For these two friends, long years and hard days loomed before promises could be kept - days that included persecution for working with Americans, controversy over welcoming Iraqis, destruction, loss. Yet, they chose to see those battlefield promises through - to make good on them.

Despite grief. Despite hardship. In the face of change. While feeling exhausted, broken, maybe even cast aside.

This makes me more certain than ever that we can keep those battlefield promises, too. We can live and grieve courageously, earnestly. We can reject shutting down. We can do exactly what we would have pledged in those hard moments: to take care of ourselves and each other, to try to find joy, to not give up, to ask for help.

My friend and his interpreter were in it together — they looked into a darkness they both had to face. Military families do this, too — we all know there is tremendous risk and overwhelming uncertainty. But we commit to making it. If making it with them isn't an option, making it for them always is.