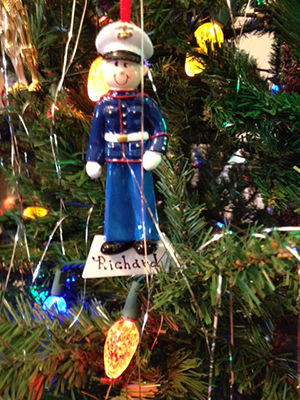 As the holiday approached, neither my husband, daughter nor I could find any Christmas spirit. In fact, we wanted desperately to avoid the sadness we felt as everyone around us was wrapped up in holiday planning.  We needed to get away from the pervasive joy in the air this time of year.  What could we do to avoid the emptiness we felt at the realization that Rich wouldn't ever again be physically with us at Christmas?

I was almost in panic mode as I walked around the house. I knew that by this time in past years the tree was already up in our living room and every corner of our home had some symbol of Christmas. At least 10 boxes and storage bins waited in the attic for us to bring down, open each box and fill our home with the signs of Christmas joy accumulated over 31 years of married and family life. But I couldn't even bring myself to watch television because of the holiday commercials, traditional music and movies. In no way was I ready to tackle the Christmas decor.

My daughter, Kat, announced that she didn't even want to recognize Christmas that year. My husband, Alan, told me that I should respect her wishes because she was missing her brother.  Ever the loving Dad, he wanted to make Kat happy and that wasn't going to happen without her brother here for Christmas. 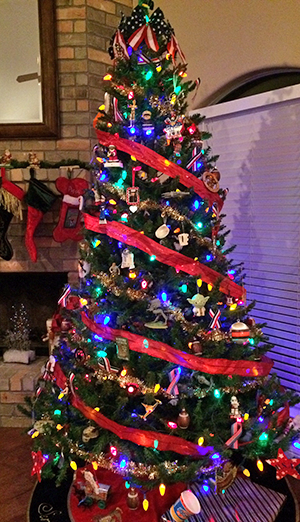 It seemed natural for our family to go into escape mode. But where could we go to feel safe? Kat came up with the solution. We would fly to Pennsylvania to visit Grandma and stay with Aunt Anita and her family. They would understand how much we were missing Rich, because they were also missing him. Christmas 2010 came and went without Rich, but with a loving family to cry with us and a safe haven 1,400 miles from our home in Texas.

Christmas 2011 arrived faster than I expected. How can time pass so quickly when one is so unhappy? I thought that only happened when you're having fun and grieving isn't fun. I could feel myself dreading this second Christmas without my son and kept thinking that I had to do something or I'd go crazy.

I remember sitting in my favorite spot in the living room and looking at the space where our tree always stood. I thought of the many Christmases we shared as a family in this home. I could picture Rich and Kat opening presents as children and then as adults. One Christmas, when Rich was deployed to Iraq, we even left the tree up with his gifts under it until he returned in March. Then he and his wife, Lexie, opened their gifts together.

Our Rich loved Christmas, the idea of Charlie Brown's Christmas tree and all the food that comes with the holidays. He loved the movie "Elf" and opening presents. All the memories of 29 Christmases with Rich washed over me and made me feel his presence rather than his absence. Somehow, I heard him say, "Mom, you have to celebrate Christmas!"

Suddenly, I felt the way I always did when either of my children asked me for something that really meant something to them and I had to do it or get it for them.  I went into "Mom mode." I knew I had to put up a tree and decorate the house because Rich loved it.  The problem: how to convince Kat, who was already dreading another holiday, that we would put up a tree this year and celebrate Christmas?

Again, the inspiration came from Rich. Celebrate with him. So I braced myself to convince my daughter we needed to do this as a family.  If she accepted it, her dad would go along.

The tradition in our home is to decorate for Christmas during the weekend after Thanksgiving, so the decorations are up for the entire month of December.  That meant I had to approach the subject over Thanksgiving, which was that coming week.  Thanksgiving was a challenging event for us as well, but bringing Christmas back to our family was the task on my mind.

After our Thanksgiving dinner, as we sat in the living room, I plunged into the subject by announcing to Kat, her boyfriend and Alan that, "Rich told me to put up a Christmas tree."  Kat looked at me as if I had said that I was flying to Mars. Alan and Chris decided to ignore me and I could see that Kat was prepared to argue with her one word response, "MOM!" But I didn't give her a chance. I jumped right in.

"You all know how much Rich loved Christmas and I know he would want us to celebrate it as if he were here."

"But he isn't, Mom!" Kat interrupted me.

"Kat, I think we should decorate the tree with things that remind us of Rich, things that he liked so we can 'feel' him in the room. I'm thinking we can use red, white and blue ribbons, and Marine and Star Wars memorabilia."

I could see the wheels were turning now.  It wasn't an immediate acceptance on Kat's part, but her heart was warming to the idea.  We started to brainstorm about the ornaments and items we could put on the tree to remind us of Rich.

That Saturday we put up the tree and started with the strings of multi-colored lights - traditionally Alan and Kat's job. Then we visited the usual stores for decorations, Walmart and Hobby Lobby.  It was almost like being on a scavenger hunt to look for "Rich reminders." Alan wanted to be sure that Rich's love of Star Wars was visible on the tree, so he ordered nearly all the characters and spaceships online. Each day, packages arrived via FedEx for the Richard Tree.

The tree had a picture of Rich in his Marine uniform in a silver frame. Then came the patriotic decorations such as flags, Marine memorabilia and an eagle. Star Wars figurines: Luke, Han Solo, Princess Leia, Chewbacca, Obi Wan, C-3PO, R2-D2 and Rich's favorite, Yoda, were added.  We had to have a picture of Bailey the dog, Rich's sidekick, too.  And there had to be footballs and Texas ornaments for both the state and university. Jalapeno lights adorned the bottom of the tree because Rich loved chili peppers and hot sauce!

We were so excited about our tree that we told family and friends what we were doing. Their reaction was unexpected and touching. They wanted to contribute to the tree and their ornaments showed what they remembered about Rich.  Friends who knew how Rich loved to eat contributed a variety of food ornaments like a plate of sushi and a hamburger. Kat's co-worker gave us a USMC Semper Fidelis tree skirt. One of my friends who didn't know my son, but wanted to contribute, bought a red and white R for his initial.

Among the most unique decorations were a Blizzard cup from our neighbors who owned the Dairy Queen in town and knew how Rich loved Oreo Cookie Blizzards, a hand-painted dog figurine whose markings matched Bailey's, an armadillo bottle opener, and a replica of a T-shirt Rich loved, that had a hole in the armpit of the sleeve, and called his "holey shirt."

Red, white and blue ribbons served in place of garland and various angels hang in scattered places on the tree. The tree topper is one of my favorites. Kat's friend Megan found a Buddy the Elf doll who straddles the top branch of the Richard Tree to remind us of Rich's favorite scene in the movie.

The eclectic decorations range from the humorous to the serious, heartwarming to silly, and clever to bizarre. Many of the decorations require an explanation, such as the grill, the fork, the sample-sized Patron bottles, the rock on a string, the snowflake, and the guitar. But that's the beauty of the Richard Tree. When people see it for the first time, the ornaments require the telling of moments in our son's life and we are able to talk about him without tears or the fear of being judged as someone who can't move on.

The best reaction I have received is from one of our guests who said, "Even though I never met Rich, by looking at the Richard tree, I feel that I know him." Her comment makes me feel that Rich is always a part of our Christmas.

It has been six years since Rich left us. We have put up the Richard Tree for four years. When I asked Kat and Alan if we were putting it up this year, they said, "Of course."

We wouldn't feel right without Rich at Christmas. 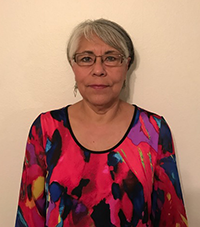