When three Marines came to my door the morning of Dec. 14, 2011, I had never felt so alone even though I was immediately surrounded by people. Then came the phone calls and inquiries for interviews from journalists. It was jarring. I wanted to hide away somewhere, but the world wanted to watch me grieve. 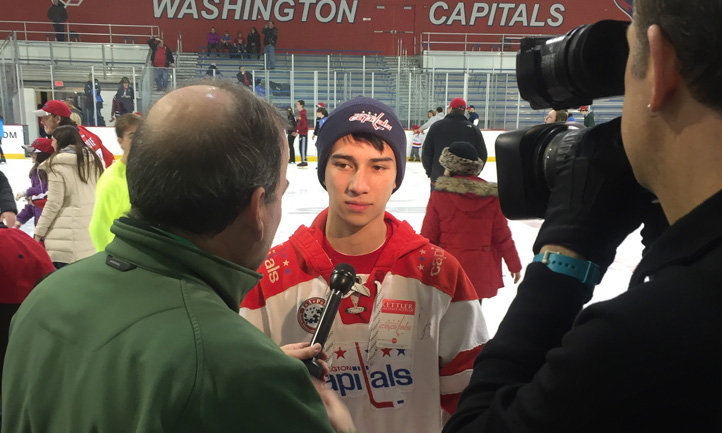 A journalist by trade, I was used to questions - from the other side of the notepad. I was good at asking questions of others, but I had never quite mastered the art of giving an interview myself. When Sam died, the task became even more difficult. I knew I wanted to share my brother - to keep his memory alive and make sure he'd never be forgotten. But for someone who made a living with her words, I couldn't quite find mine.

Through time and experience, I learned to share both Sam's story and my own. Here are some tips that I learned from my own experience to help as you share your loved one's story with the media.

For so many survivors, especially in the early days of grief, finding your voice can be difficult. Personally, I couldn't even say my brother's name before coming to TAPS and being around others who understood. To just say, "My brother was Maj. Sam Griffith, and he was killed in action," to a room of TAPS siblings at the National Military Survivor Seminar was so gut-wrenching that it nearly made me physically ill. And I didn't feel that as a sibling my grief was as important as that of my other family members. So, I let others do the talking in news interviews. That was perfectly OK. Instead, I facilitated interviews and circled back with journalists to make sure they had all they needed for a good story.

I realized interviews didn't have to be about my loss. Instead, I could use them as an opportunity to talk about Sam's life, how amazing he was and how, even in his death, he has a profound impact on all of the lives he touched. When you find your voice, wherever that is on your journey, know that it's OK to share the story of your loved one.

It's Normal to Be Emotional

During my time as a reporter and editor, I got comfortable around people crying. But when we do interviews as survivors, it's common to apologize for crying or worry about how the person doing the interview is going to react. Sometimes, when we tell someone our story, he or she starts to cry and we end up consoling that person instead of the other way around.  Know it's normal to cry during an interview. If the journalist gets uncomfortable, that's a problem with them, not you. Emotions are normal and part of the grieving process.

As long as you aren't crying so hard that it hinders you from sharing your story, it's all right to keep going. And whether you cry or laugh or show some frustration because your loved one is no longer here, know that your emotions are natural and authentic. No apologies required.

Journalists don't mean to be heartless, even though it can sometimes seem that way. They're looking for a hook - how they can tell a story in a way it's never been told before or with the most news value. They might ask for graphic details about the death or the way your loved one's body looked. You don't have to answer. For the general population, graphic details like that can be too much.

You can balance the details you give about your loved one's death with stories about how that person lived. Sharing a story about your loved one's humor - his favorite prank to play or her best joke that made everyone laugh - is just as, if not more, important as their manner of death. I once told a journalist about embroidering my brother's underwear with flowers and "Oh la la!" in pastel thread and how he kept it that way because it made him laugh every time he saw them. That was what people remembered when they told me they had seen the story.

You Can Stop An Interview Anytime

I've been very fortunate to share Sam's life with some amazing journalists from the Raleigh News and Observer in North Carolina to KTUU-TV in Alaska. But not everyone has that experience. Maybe a journalist has pressed you for details you didn't want to share about your loved one's death. Or a photographer got too close during a personal and intimate moment when you were mourning.

That's one of the reasons why TAPS offers tips to journalists on how to cover traumatic loss and grief. You can always point a reporter to www.taps.org/media as a resource.

You can also tell a reporter you aren't comfortable answering certain questions. If he or she continues down that path, it's OK to stop the interview. Remember, you are doing the journalist a favor by offering your story, not the other way around.

After the interview, media outlets may ask for photos to be sent via email. That should be done as soon as possible. Having your favorite three to five photos of your loved one saved on a flash drive or in a folder on the desktop of your computer can help expedite that process.

If you realize later that you made a mistake in something you said or you want to clarify details, you also can follow up in an email or phone call to a journalist. In one of the interviews my parents did, I double-checked with the journalist to make sure he had the number of my brother's deployments to Iraq and Afghanistan correct in his notes. Hearing details of Sam's service incorrectly reported could have been frustrating for my family, so I followed up.

TAPS Is Here to Help

If you ever feel like you need support with an interview, you can call on TAPS for help. Whether you've been asked to do an interview, you're not sure you can handle it alone or you've found your voice and need some help finding the right news outlet to share it, you can find the help you need through TAPS. Email media@taps.org or call 800-959-TAPS (8277) with your questions. TAPS also has toolkits available with a press release template to help you share your story, tips on writing a letter to the editor or doing an interview and talking points about TAPS to help others learn more on how they can get involved.

Sharing the story of your loved one's life and legacy can be a truly healing experience. And TAPS is here to make sure you aren't alone. 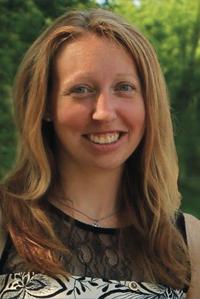