Many of our families lay their loved ones to rest in hallowed grounds across the country. Perfectly manicured green lawns and lush landscapes. Hushed tones lend a sense of reverence. There are flowers and headstones marking their lives and our love. Paths lead us to sit with them for a while as we contemplate the memories and even shed tears of grief. 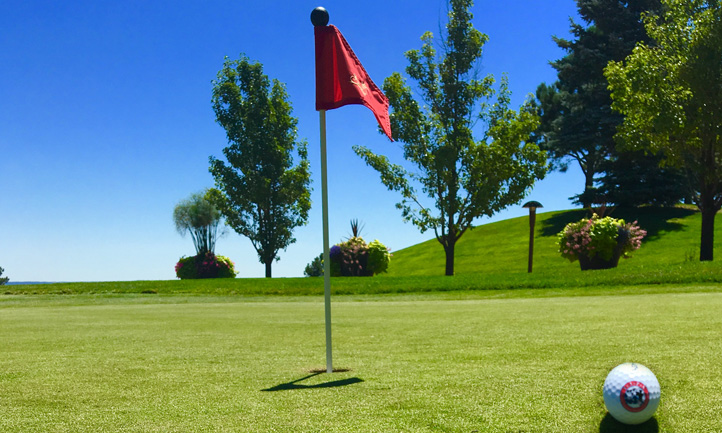 On a different type of manicured green, teams in 15 states practice putting and queue up for shotgun starts in golf tournaments supporting TAPS families. The seven-month golf season is the perfect backdrop for corporate and community partners to come together to promote awareness and raise funds for the TAPS mission. Organizations such as GRSi, Aimco, Kindness General Contractors Inc., Land of the Free, Naval Postgraduate School and 10 others raise close to $1 million dollars a year at their tournaments. Some feature TAPS as a sole beneficiary while others share their proceeds with other nonprofits.

Peter Cannito, President and CEO of EOIR Technologies, feels that hosting their annual golf outing for the past eight years to benefit TAPS aligns with both their corporate responsibility and business missions. As a large defense industry corporation, many of their employees are prior service, they work with the military daily and recognize the tremendous sacrifices TAPS families make. What started as a $5,000 yearly event is now closing in on the $100,000 marker and has a waiting list for teams to play.

For the players and employees who support the tournament, it's not just a cause anymore. Bonnie Carroll and other TAPS survivors have embraced EOIR into the TAPS family at the golf outing and other events throughout the year. This inspired the organization to seek new opportunities to support military families such as sponsoring their first Army Ten-Miler team in October 2016.

Cannito served in the Marine Corps and says supporting TAPS brings EOIR employees together as they focus on the faces and stories of military survivors. He recounts how he met Erin Yaggy a few years ago at the golf outing. Her husband was a Marine Corps pilot, and they have a daughter the same age as Peter's. No longer a distance concept, this surviving mother and daughter represent the everyday people we all know. It really drove home on a personal level the need to support courageous families like the Yaggys.

The inspiration for each organization to host a golf benefit tournament varies. It's extremely personal for the Staff Sgt. Tyler Pickett Memorial Tournament as they honor the life of Tyler and the 18 soldiers who perished with him in a 2008 IED attack in Iraq. The tournament raises $5,000, which is enough to ensure that our survivors receive handwritten cards on their loved one's angelversary.

Still other organizations, such as Riunite and Putting for Patriots/Pirate Cove Miniature Golf, host campaigns tied to multiple locations or sales revenue. Not only are they able to financially support TAPS, but they bring critical awareness to the courageous survivors who find hope and healing through TAPS. Regardless of the amount of funds raised per event, these donors and partners provide critical support that allows TAPS to remain the front-line resource for those grieving a military loss.

If you are interested in starting a golf tournament or other event in your area to benefit TAPS, please contact development@taps.org for more information.