It was a typical workday for Marine Michael Walton, the Marine Corps Air Station Miramar command sergeant major, until he received an email forwarded to him by Bonnie Carroll. He was intrigued by the call for mentors and especially by the TAPS mission. 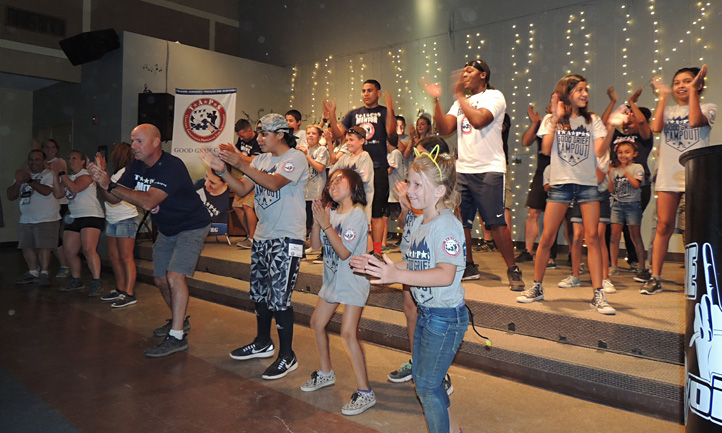 In his position, he was unsure if he could personally support the Southern California Good Grief Campout, but he called TAPS to see how he could support recruitment efforts. Still sitting on the fence about personal involvement, he learned that New York Life was sponsoring the Campout in July in honor of Maj. Taj Sareen. He did not hesitate. Walton answered the call and registered to be a TAPS Good Grief Camp Mentor right away because now it was personal. He knew the major; he was the command sergeant major for Maj. Sareen's unit when he died.

Maj. Sareen was a pilot with the Marine Fighter Attack Squadron 232 from Marine Corps Air Station Miramar when he died in Cambridgeshire, United Kingdom. Upon realizing that his malfunctioning aircraft was headed for a populated area, he stayed with his aircraft and navigated it to a less-populated area before his aircraft crashed. His heroic act ultimately cost him his life, but in exchange, he saved the lives of many others. His father, Kulbhusan Sareen, retired from New York Life. To honor his son's heroic service, New York Life is sponsoring the Southern California Good Grief Campout for three years.

During this year's Campout, Command Sgt. Maj. Walton served as a mentor to Daniel Sustaita, helping Daniel honor and remember his brother as they climbed rock walls, hiked, zip lined, swam and joined in other traditional camp activities. Daniel came from Texas to attend the Campout near Miramar, the last duty station where his brother served.

For Daniel, attending the Campout provided him a space to remember his brother and connect with others who understand what it is like to lose a loved one who died in the military. For the command sergeant major, he too found healing and a way to honor the life of Maj. Sareen.

"Being a part of the experience was reward enough," Command Sgt. Maj. Walton said. "I was blessed to be a part of the TAPS team and will look for other opportunities in the future. Thank you for all that you do for the children."

In addition to financial sponsorship, Southern California New York Life employees volunteered throughout the campout. Volunteers could be found handing out snacks, making sure kids were hydrated, leading craft activities, passing out goody bags and helping campers off the zip line after an exhilarating ride.

This March, New York Life helped create a special experience for several TAPS kids to help kick off the ACC Men's Basketball Tournament with an event at Joint Base Myer-Henderson Hall in Arlington, Virginia. The ACC team mascots danced and took part in basketball drills with the children. New York Life's Volunteers for Good jumped in, playing basketball and enjoying an ice cream social to cap off the afternoon.

New York Life gives back through the New York Life Foundation, serving in the communities where their employees live and work. The foundation was created in 1979 and has provided more than $140 million in charitable contributions to national and local nonprofits such as TAPS. The foundation has a specific focus on serving bereaved children and helping youth deal with the loss of a parent, caregiver or sibling.