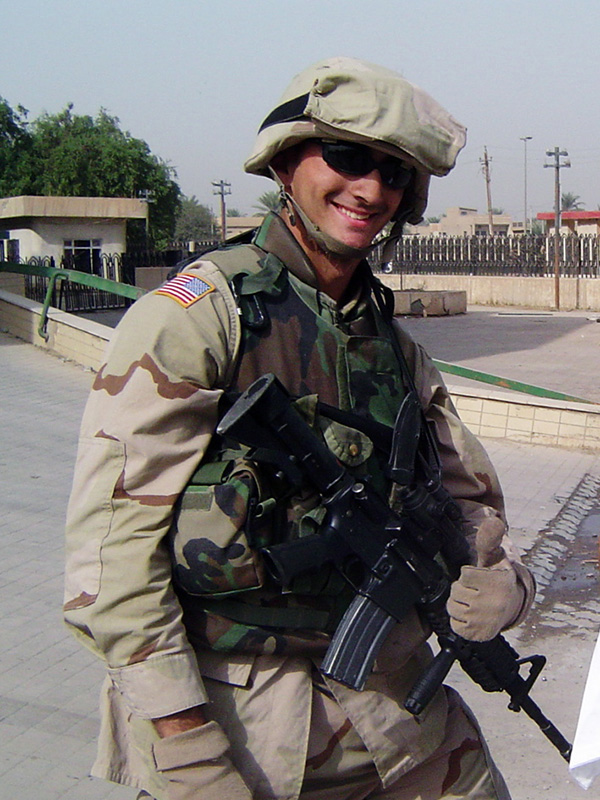 We will never forget where we were and what we were doing when we heard the knock on the door that brought the devastating news of the death of our loved ones. The exact moment in time when life as we once knew it was irrevocably and forever changed is seared in our memory. In those moments, life can feel as if it were suspended in the darkness of pain and sorrow. We are lost in unchartered and foreign terrain and unable to find solid ground to move forward — until we find a lifeline of hope that helps us understand new possibilities of how we will make it through this.

And we do make it through. One step at a time, one day at time, one moment at a time and, occasionally, one breath at a time. These lifelines come in many forms, such as support from peer survivors or newfound encouragement that offers us strength. These anchors amid our grief give us safe footing to stand again with something that drives us forward. Two TAPS families share their journey of healing and how lifelines of hope have given them a renewed sense of purpose.

Kirsten Yuhl-Torres explains how she never thought more about hope than on the day she lost it - the day her family was notified that their only son, Sgt. Joseph W. Perry, was killed in action in Iraq on Oct. 2, 2006. He was only 23.

It was the day when "our future, our hopes and dreams, came to a devastating halt." Kirsten remembers thinking that "when you lose a child, you feel as though you have lost your future, and Joe was our only child. I thought we would never feel hope or happiness again, but I was wrong. Hope can come from tragedy."

For Kirsten and her family, hope began with the phone calls from Joe's commander and platoon leader who reached out to console the family. They were grateful to be connected to the soldiers with whom Joe had once served. Kirsten says during Joe's deployment they sent care packages as a way to maintain contact with him. "It brought joy to us as we packed food and goodies into the boxes that we mailed."

Kirsten and her husband later learned there was a sister unit in Iraq and decided to ship 200 containers of Cup O' Noodles soups (Joe's favorite) to the first sergeant of the company. "We needed to continue doing this. Doing something that we had done for Joe made us feel alive again."

Then they received a gift of hope - a letter from a soldier thanking them. The parents were elated and began sending individual packages to the soldier. He wrote them back, asking them to send care packages to soldiers in the company who did not receive any mail. So they started sending packages to these other soldiers, too.

Kirsten explains how the new connections with soldiers felt like "tributaries of hope, lifelines that reached back and forth between people we didn't even know. As connections to soldiers grew, the joy began to return to our lives. We thought we would never feel hope or  happiness again, but we did!"

As Kirsten reflects back on their journey, she found a lifeline - "a newfound strength that we never knew existed; we gained understanding about our existence beyond this lifetime that gives us peace. We came to understand the dynamic of hope. The important connections we made with these soldiers and their families now stretch around the world. We may have lost our only child, but, through his sacrifice, we have gained thousands of sons and daughters who have helped us find a new future filled with hope and promise."

The Scallorn family found their lifeline of hope through a project that developed in honor of their son and brother, Airman 1st Class Cody Scallorn, who died by suicide on Jan. 2, 2012, at the age of 18. Cody's mom, Peggy, explains how she was "beyond lost and felt as if my heart had been ripped from my chest. I did not want to go on because the pain of losing my son was so great, but I made a promise to myself that I would not let his death be in vain." 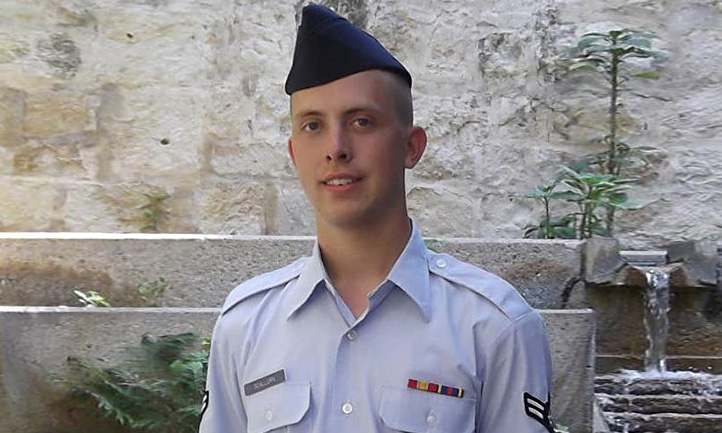 Peggy says being surrounded by others walking the same journey helped her family tremendously. "I saw the wonderful work that TAPS was doing in the Good Grief Camp, and we connected on deep levels with other families we met along the way."

Cody's sisters were 10 and 16 at the time of his death, and Peggy saw how much they were struggling but also how much they benefitted by attending TAPS events. Peggy's daughters wanted to help the children attending TAPS Good Grief Camps and the family came up with the idea of making Comfort Creatures.

"We started designing and sewing, and the first year, we donated 200 to the National Military Suicide Survivor Seminar. As word got around, other surviving families and friends began donating materials and sending donations to cover costs of fabric, thread, stuffing and shipping. We have survivors and supporters who have generously donated their time by cutting patterns, sewing creatures and mailing them to us to use to distribute. The success of our project has been fueled by those who have volunteered to be part of it."

This year, the family sent Comfort Creatures to every TAPS Regional Survivor Seminar and Good Grief Camp, as well as to Arlington, Virginia, for the National Military Survivor Seminar over Memorial Day weekend. "We plan on sending enough to every event for the rest of this year. Being able to give back to the children whose hearts are hurting has been healing in our grief process."

By Dr. Carla Stumpf-Patton: Dr. Carla Stumpf-Patton manages Suicide Survivor Services at TAPS as a subject matter expert in grief, trauma and suicide. She holds a B.S. in Psychology, an M.A. in Clinical Mental Health Counseling and a Doctorate of Education in Counseling Psychology. She is a Licensed Mental Health Counselor, National Certified Counselor, Certified Fellow Thanatologist and Certified Clinical Trauma Professional. Dr. Stumpf-Patton is the surviving spouse of Sgt. Richard Stumpf, who died by suicide in 1994, several days before their only child was born.