Military families are frequently called to live far from home. Whether they are stationed overseas or just across the country, service members and their families look for ways to maintain close connections to those they love and miss. Walk in any commissary, exchange or food court on a military installation and you’re liable to see a dozen different team jerseys. No matter the team or sport, if it’s in your home state or conference, it is an instant conversation starter. Even huge rivalries can forge unlikely friendships. 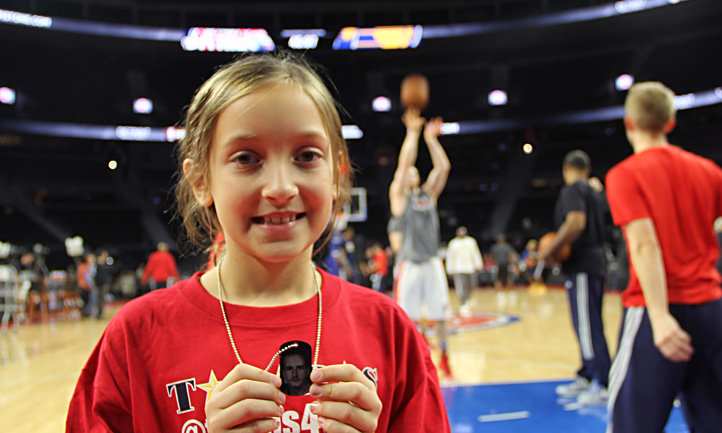 These small ways of connecting with what is happening back home take on even larger significance after the loss of the military member in service to our country. The grieving survivors join a team for which no one wants to be selected. Even in their loss, they look for solace and comfort in the shared sports memories that remind them of their hero and create a lifeline to remembrance and honor.

While undercover with the New Jersey State Police, Bob Delaney knew what it was like to feel disconnected from all he loved. He learned that sacrifice is a way of life–one lived out through daily personal actions. Bob completed his mission to help take down a large mafia ring, but not without some serious operational stress. Over the years, this stress popped up in ugly ways with mood swings, irrational thoughts and uncharacteristic behaviors. It spurred him to learn as much as he could about the post-traumatic stress he was experiencing, and he eventually authored two books about his journey.

When he met Gen. Martin Dempsey more than a dozen years ago, it opened the door for Bob to speak with troops around the United States, Iraq, Afghanistan, Europe and Asia about post-traumatic stress and, more importantly, his journey toward hope. He later met Bonnie Carroll and spoke before TAPS families at the National Military Survivor Seminar in 2013. After meeting bereaved widows and parents and seeing children who would never know their mom or dad, he knew there was much yet to be done to help these families find hope and healing.

As word of Bob’s work spread through the NBA, referees offered to help TAPS survivors share their stories. In a country where less than one percent serve, the referees felt it was important for TAPS families to connect with the NBA teams their heroes loved and be VIPs at games. What started as a personal mission grew into a ground swell of support for TAPS families from coast-to-coast in towns and locations where our survivors live. Today, the teams4taps NBA Hoops for Troops relationship involves all 30 NBA teams, the referees, trainers and fans. TAPS is grateful for a heartfelt invitation to bring survivors onto courts to celebrate the teams they cheered with their fallen heroes. The connection TAPS families now have with the NBA opens the door for survivors to create new memories from resilient bonds of love.

When Delaney sees TAPS families at NBA events, he is keenly aware that we live in the land of the free because of the brave. By promoting awareness of the TAPS family, which comes with an entry price so high that most cannot fathom, the NBA helps open the hearts and minds of everyone attending games around the country.

One game at a time, fans, players, trainers and referees are learning that it doesn’t matter what jersey you sport or even if you can shoot a hoop. What really matters is that America makes good on a national debt of honor by embracing those who have lost so much.

California
The NBA referees host TAPS families at games all over the country. On this night, Golden State Warriors player Stephen Curry took time to meet members of the Buoniconti family.

Arizona
The Phoenix Suns welcomed TAPS families to a clinic and game as part of the NBA Hoops for Troops program.

Texas
The San Antonio Spurs honored a fallen hero on the Jumbotron and welcomed the surviving family onto the court and into the locker room for a meet and greet.

Oklahoma
The NBA referees help to make sure that Oklahoma City Thunder's Kevin Durant welcomed Gunner from TAPS to the court.

Minnesota
The head NBA trainer for the Timberwolves coordinated with the team's community relations staff for a very special night of honors for TAPS. Families and their loved ones were recognized and the team made a donation to TAPS.

Georgia
The Atlanta Hawks made it back-to-back fun for TAPS with friendly competition and a clinic for TAPS families. Tim Hardaway helped coach the winning team, and the next night TAPS enjoyed the game against the Pelicans.

Bevin Landrum, MA, TAPS Magazine Editor: Bevin has a master’s degree in public relations, is an avid sports fan, cook and Southern hostess. She is the surviving daughter of a World War II veteran and writes to honor him and all those who served.