This year, I’m going to run more. I’m going to be more decisive. I’m going to take more risks and find new ways to honor both my hero and myself. A fresh start can be great, can’t it? It’s a clean slate with the opportunity to make new resolutions. We vow to ourselves that we’re going to be “on it” this time. But by mid January, we may have slipped into the same habits we had before. Before February even rolls around, we are kicking ourselves while we’re down. “I could have…” “I should have…” 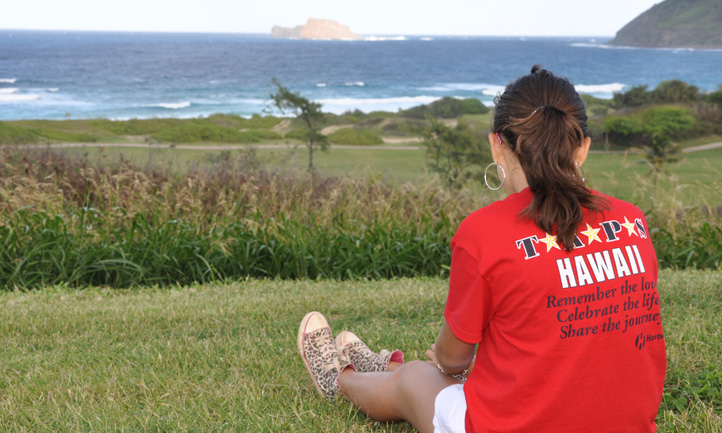 Coming from a military family culture where we "walk it off" and "rub some dirt on it," we don't always allow ourselves time to move forward with gentleness and take baby steps toward our goal of finding reconciliation and healing. We've been told to suck it up and that failure is not an option. When change hap-pens, we are supposed to adapt quickly and efficiently.

Having Grace in Grief

My first New Year without my brother, less than a month after his death, I stubbornly decided I was finished grieving. I was going to be fine. I resolved to learn to knit prayer shawls for other families experiencing loss and to "get over" my own grief. So, I taught myself to knit, using online videos and the most complicated pattern I could find.

That night, I learned the importance of showing myself some grace. Instead of crying alone at my kitchen table, I could have reached out for help from someone who had already been through the horrible experience of grieving - or someone who knew how to knit, at the very least. I also learned it was okay to take a break when I got frustrated and go back to it later. I didn't have to finish the shawl in one night. I could take a break from my grief. Grief isn't a sprint. It's a marathon.

Many weeks later, I finished a beautiful shawl that eventually gave comfort to a dear friend after the sudden passing of her dad. It wasn't perfect, but it was just what she needed. As my friend faced finding her own new normal without her dad, she found strength in knowing someone else understood great loss and cared for her. I found healing in being there for her and sharing the grief journey with someone newer to walking this path.

It's springtime. The first days, weeks and months of the year have passed and, likely with them, our resolutions for a better us in the New Year. Maybe you're kicking yourself for not getting over your loss like I was, but you don't have to be so hard on yourself. Give yourself permission to go slowly. How beautiful it would be for our loved ones to see us making those strides and growing through gentleness and grace.

The Goal of Finding Grace

So, let's re-envision our resolutions. This year, may we resolve to have some grace with ourselves. May we understand that maybe this won't be the best year of our lives, but there is growth to be found, there are new learning opportunities to challenge us and moments of peace that will allow us to take a break from the hard work of grief. May we resolve to share this journey with others. May we lean on others during the tough days, calling the TAPS Helpline or finding peace in being with surviving families at a Care Group. May we lend an ear and a heart for others when needed, becoming a Peer Mentor or encouraging someone through the TAPS Online Community.

My resolution this year, for Sam, and myself is to grow. Maybe it’s one step today. Maybe it’s a few steps back next week. Maybe it’s a leap forward next month. When we fall, we know our TAPS family is there to catch us, and we know we can move forward gently and be stronger for it. Here’s to a 2016 of hope and healing.

By Kelly Griffith, surviving sister of Marine Corps Major Samuel Griffith: Kelly Griffith is the surviving sister of Marine Corps Major Samuel Griffith, who was killed in action in Afghanistan on December 14, 2011. Raised in North Carolina, Kelly now lives in the Washington, D.C., area where she works for TAPS. Her degree in journalism and the profound impact of her older brother's life and service enable Kelly to fulfill her goal of sharing the compassion and care of TAPS with other survivors through her writing.