My journey as a survivor of military suicide loss  began July 18th, 2012, when our son Paul, a young 22-year old Petty Officer in the Coast Guard, took his own life in what was determined to be a homicide-suicide. Paul died 3 years and 10 months into his 4 year enlistment. At the time of his death, Paul was actively pursuing a career in law enforcement that he was looking forward to after he got out of the Coast Guard. He knew he had an issue with anger management and mentioned to co-workers he thought he needed help, but they dismissed it as Paul not being serious. Paul sought and paid for counseling outside of the Coast Guard, fearing that if he sought help through official channels, there would be something in his records. 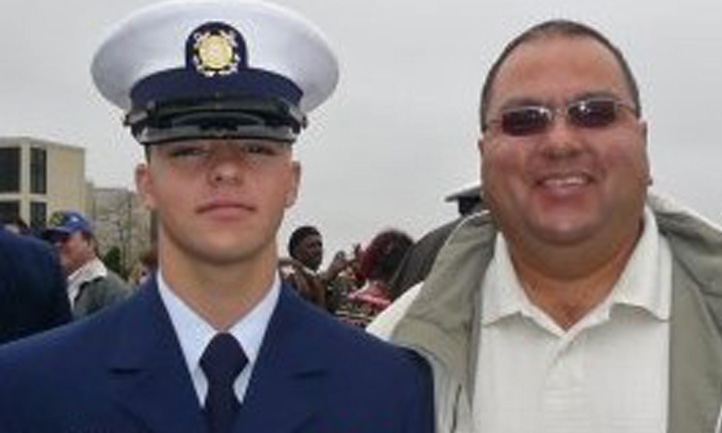 Looking back for signs that something wasn't right, this is the only thing I can really think of. There are times I feel like I'm the stranger in this group because Paul was not involved in combat and was not diagnosed with PTSD; in the TAPS groups I've been involved with, I've never been treated like an outsider. In fact, I've been told that Coast Guard members can also be exposed to situations that could lead to PTSD.

My initial "grief" experience, I think was delayed at least a year.  Being the husband and father, my first priority was taking care of my wife. I spent days trying to get her into some kind of counseling. At the time, we did not know about TAPS or other resources about dealing with grief.  After what seemed like weeks, I finally found a therapist for my wife that she felt comfortable with. We found a suicide survivors group in the area that met twice a month. This group was okay at first, but something was missing, and that was the military service connection. It wasn't until I found TAPS and went to our first TAPS National Military Suicide Survivor Seminar that I felt like I had a real connection with other people who understood the unique experience we were going through.

About a year and a half after Paul's death, I decided to attend a local TAPS care group. The counselor running the group pointed out to me that taking care of myself was important. She used the analogy to put your oxygen mask on first before helping someone else; something told to us when we fly. That was something I could understand and I finally gave in, and sought one-on-one counseling for myself. It was during this time I learned it was ok for men to shed a tear now and then, and it was ok to share my feelings. Continuing on, I decided to become a TAPS Peer Mentor, feeling I could help another father out by guiding him through this new way of life.

This year I finally made the decision to really get out of my comfort zone and attended the TAPS Montana Men's Retreat. I had a lot of reservations about attending because I knew there would be survivors of all deaths-not just suicide survivors. I'm glad I stuck with it and attended. I discovered I wasn't the only man who had reservations about attending, but was also reassured I belonged with them like any other survivor, no matter what the cause of death. My wife made a comment about the pictures I showed her- that I "looked so happy"; I will definitely make plans to attend a future TAPS retreat.

So what does the future look like for me? This year I will be attending my fourth TAPS National Military Suicide Survivor Seminar. I would like to get involved in helping to facilitate the groups for survivors of homicide-suicide loss at the breakout sessions, and I'm looking forward in volunteering anywhere where needed in future TAPS events. This is one organization I wish I never would have had to join, but I'm glad I found them, as they have been there through my journey.