Surviving the death of a dear one is to endure great pain. Surviving a suicidal death is to compound that pain, often with guilt, anger, and confusion. 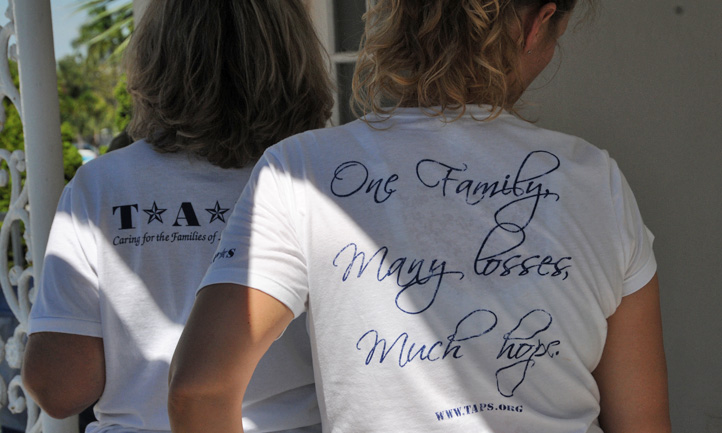 Fortunately, hope is on the horizon with of the growing knowledge about grief and traumatic loss. This hope is fueled by a new willingness to talk freely about death. The grief community is learning about the causes of suicide, helping to discover ways to assist with suicide prevention and postvention.

Most importantly, we have scientists and grief professionals who are starting to understand the emotional rhythms that can influence the healing of battered minds and tattered psyches.

Indeed, a new day awaits every suicide bereaved person who dares to hope. Support and love are available. So are research and clinical experience. I can attest to the power, the therapy it provides, and the closing of stubborn wounds.

I can say this because I've been there. I became one of suicide's walking wounded on an unforgettable Saturday afternoon in February of 1977. My twenty-year-old son Mitch ended his life while talking to his ex-girlfriend on the telephone. She ended their relationship three weeks earlier. He questioned her, "Who is the most important person in your life?" She responded, "I am. I have to be." He said, "Then I will be a star in the sky and watch over you."

His unbelievable action changed her life forever. It devastated my family and friends.

I now know that clinical depression, post-traumatic stress, drug or alcohol abuse, or the accumulation of events like failure, humiliation, loss, and a feeling of being a burden to others may cause a self-inflicted death. One of the major causes may be unbearable emotional pain, which the person can no longer tolerate. Sometimes suicide is an impulsive act. There are as many different combinations of factors why people give up on life as there are people who die by their own hand.

We were an average family. My husband Jack worked in advertising as the owner of a successful agency that represented television and radio stations. I was the Director of The Link Counseling Center, a well-known family counseling center in Atlanta, Georgia. I counseled individuals and families for six years prior to Mitch's death. I was attending Georgia State University in a Master's program on Community Counseling. Our four sons, ranging in age from fourteen to twenty-two, were getting their education from various nearby schools and colleges, all except Mitch, who had been trying to find himself in the world of music.

Early in his teens, Mitch demonstrated a rare talent for writing original songs and accompanying himself on guitar or piano. His interest at first was rock and roll, later jazz and blues. Sometimes, he and I played guitars and sang together at schools, churches, and hospitals.

Why would this sensitive, loving young man do this? I was obsessed with the "Why?" Our family wasn't perfect, but there were no major issues. Suicide was not in the realm of possibilities. Yet it happened to us - not on television or in the newspaper.

I was numb and in disbelief when my husband told me the news. It hit me hard, reducing me to automatic responses and a total feeling of personal unworthiness. To climb from that emotional abyss would be the hardest battle of my life.

Of the many emotions of grief, guilt is perhaps the most punishing. I remember that first day, sitting on my bed saying over and over, "What did I do wrong? If only I had done more." My senses told me that I had failed as a parent, a professional, and a person. Guilt hits hard and flits in and out of other moods.

Anger became rage at the world, at myself, at God, eventually at my son himself, at the unfairness of life. In grief, injustice is a very tender spot. Anger must be expressed through talking about it, being with a witness, hitting a punching bag, getting it out of you in any safe, appropriate way.

Stigma and shame were aspects of grief that made me feel isolated and alone. When Mitch died, very few people ever mentioned suicide. The stigma was very real and still is in our country. Fortunately, that is changing with many people speaking out and educating the public. There is still more to do in the area of suicide prevention. Currently, there is a united effort in the United States, by individuals and organizations like TAPS, to eliminate the stigma. Shame is self-inflicted and may need to be worked through with a counselor. It is a powerful and overwhelming force, which must be addressed to find peace and acceptance.

Depression is too common. Really, it's more of a constant companion, lurking within your psyche for days. Then it springs like a wolf at your throat at the most unexpected moment.

Acceptance is the realization of the fact that what has happened is permanent and real. Finally you believe it. You know it happened; it can't be changed. Now, you must make a decision about your future and how you will live. You can't change destiny, but you can take charge of how you respond.

Other concerns - fear, anxiety, faith questions, etc. - are common and need to be addressed, perhaps with a professional. Emotions come and go in no orderly fashion. They twist and turn like a kite tossed in mid-air. Be gentle with yourself and know that, like the kite, eventually you will come back to rest on earth.

Ultimately, one does begin to hope again. Hope treads lightly at first, but as time passes, its steps become firmer. Condolence letters contain messages of encouragement, love, and hope. Strangers send notes of empathy. The church and community show support.

I was in grief counseling for more than two years, and my therapist helped me make the choice to survive and make meaning from the tragedy. Eighteen months after Mitch's death, I went to Emory University and majored in suicidology, the study of prevention, intervention, and postvention. I started one of the first support groups in the country and focused a spotlight on the plight of the suicide bereaved. I started a program at The Link Counseling Center for suicide prevention and aftercare. It is still an important resource in the country today.

Six years after Mitch's death, I wrote my first book, My Son…My Son…A Guide to Healing After Death, Loss, or Suicide, with my father Curtis Mitchell. My next book, Voices of Healing and Hope: Conversations on Grief after Suicide, is expected to be published later this year.

All of my efforts give meaning to my son's life.

Most families and friends suffering a loss to suicide do survive the aftershocks. They catch their breath again. They crawl back up on wounded knees to face the tortuous journey of grief. They may fall again and again, only to stand on wobbly legs, eventually moving into some kind of acceptance and peace.

In the end, you can survive and thrive again.

Parts excerpted from My Son…My Son…A Guide to Healing After Death, Loss, or Suicide (Bolton Press, 1983)

By Iris Bolton, grief therapist and Director Emeritus of The Link Counseling Center, graduated from Columbia University and received a Masters degree in suicidology from Emory University. She is the co-founder of The Compassionate Friends Atlanta Chapter and founder of the Atlanta-based Survivors of Suicide Support Groups and Support Team. For nine years, she appeared on a television segment on mental health. Bolton's newest book, Voices of Healing and Hope: Conversations on Grief After Suicide, comes out later this year.