Anniversaries are meaningful - especially to survivors. And, the tenth anniversary of an event that celebrates and remembers the lives of our fallen heroes and their families is an especially important milestone. 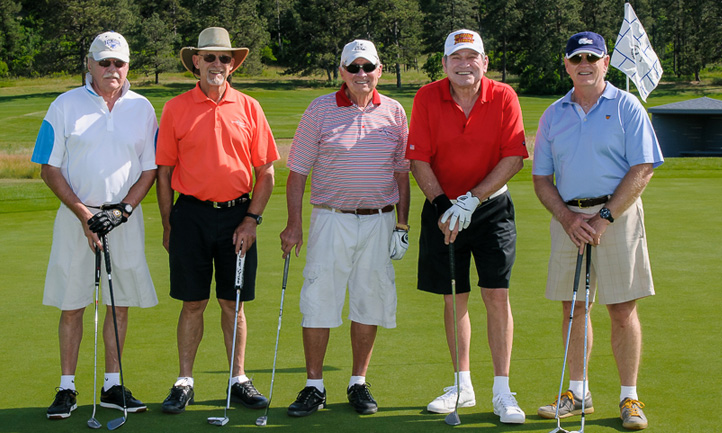 The Colorado Celebrity Classic has grown into a series of events, including the Songwriters Show, the Saluting our Fallen Heroes Dinner and Concert, a golf tournament, and a Memorial Day show and dance party with local musicians.

This year, more than 500 TAPS supporters met in June for the Saluting our Fallen Heroes Dinner and Concert. Hosted at Steve Grove's Ranch at Cherry Creek, the evening featured a pit-roasted, prime rib barbeque dinner prepared by the Coors Cowboy Club "Chuckwagon Crew."

Tony David and WildeFire kicked off the evening with dinner music, joined by vocalist Lindsay Solonycze. Number one country chart songwriter Billy Montana and Grammy Award winner Frank Myers performed their original song written especially for TAPS, I'm Here for You. Their handwritten lyrics were sold during the live auction. Carin Mari played a western music favorite - complete with a taste of her award-winning yodeling. John Adams and the John Denver Tribute Band entertained the capacity crowd with stories and beloved tunes. Radio news anchor for 850 KOA Steffan Tubbs kept the evening on schedule as emcee.

The audience was moved to tears by survivor Torey Sonka as she explained what TAPS does and why it matters. She talked about her husband, Corporal David M. Sonka, a marine and an elite K9 dog handler who was killed in Farah Province, Afghanistan, in 2013, along with his dog, Flex.

These generous contributions are made possible by numerous individuals and companies. More than sixty volunteers covered duties that included organizing and running the silent auction, tracking registrations and donations, escorting celebrities, recording photos and videos, manning the bars, working the golf tournament, stocking the gift bags, decorating the stage and tables, valet parking, and setting and cleaning up for the events.

Joan Beninati, Dave and Anne Gill, and David and Jennifer Lee were honored as 2015 Tony David Volunteers of the Year.

The Colorado Celebrity Classic Board of Directors sells sponsorships, tables, and golf teams for the several events. They actively participate and often are among the largest donors. Board members Kevin Kreymborg and Linda Cavanagh co-chaired the Classic.

The day after the dinner concert, twenty-four teams, each with a celebrity player, hit the links at the prestigious Eisenhower Golf Club at the U.S. Air Force Academy. Among the military teams, competition was fierce, and Navy captured the win. A rematch from previous winners is promised for next year.