Is the desire to volunteer the product of nature or nurture? In the case of TAPS volunteer Ruth Roberts, it may be a combination. Ruth was born a fifth generation Dutch citizen in The Dutch East Indies, now Indonesia. During World War II, her father suffered brutal treatment as a prisoner of war, and her mother, along with Ruth and two of her siblings, lived in Japanese detention. After the war, a bitter struggle for independence made it unsafe for the family to remain in their homeland. In 1953, they embarked on a journey to Holland, where they lived as refugees for several years. Despite the difficulties, Ruth's parents taught their children that there was always someone who had it worse. And that they should live by the Golden Rule. Her father's mantra was, “You can't just be good, you also have to do good.” 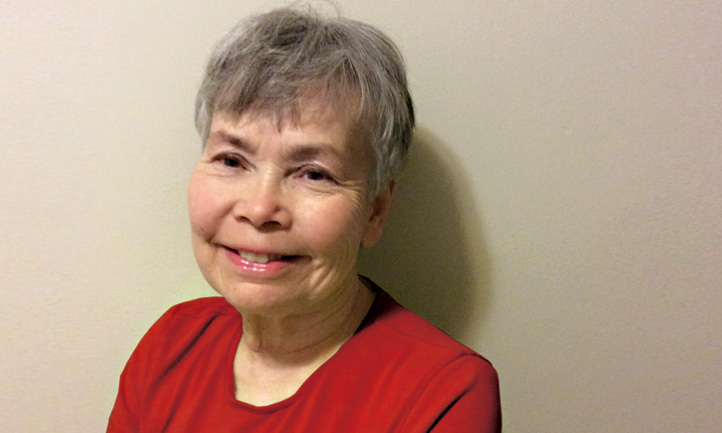 Born with a nomadic and very independent spirit, Ruth decided to move to the United States in 1967. And she never left, retiring in 1998 after more than twenty-five years in the insurance industry. At that point, Ruth decided to study and become a licensed tour guide. She joined the Guild of Professional Tour Guides of Washington, D.C., where she has used her experience and seniority to influence their philanthropic endeavors.

Five years ago, Ruth found TAPS when she was contacted about providing tour guides for the TAPS National Military Survivor Seminar. Ruth has always been open to helping others who have had less fortunate experiences in life, those who either can't do for themselves or just need another person's compassion. She was immediately drawn to the TAPS mission, in part because her son serves in the United States Army. "I'm very aware that while he comes home, some of the members of his unit don't," Ruth said. She wanted to work with an organization that cares for those who are grieving a loss, because she understands the importance of having those services available.

As an individual volunteering with TAPS, Ruth has developed quite a diverse portfolio, from selling Courage hats and t-shirts that benefit TAPS during Capitals and Wizards games, to cleaning up a TAPS storage unit in preparation for the national seminar. She has also been an advocate for TAPS within her guild, arranging for tour guides to assist with specific projects in support of the TAPS mission. Over the years, Ruth's guild developed an outreach program aimed at philanthropy and volunteering, and it was through her initiative that TAPS was introduced. "If a stipend was necessary, I would pay for it or find guides willing to volunteer," Ruth said.

The experience of meeting the families and listening to the love being shared in stories about their service member who died is something that Ruth truly values. "To see people feel safe in talking about their loved one in a culture where we don't talk about, or are afraid of talking about, death" makes the national seminar her favorite TAPS volunteer venue throughout the year.

Ruth believes in what TAPS is doing and wants to be a part of that success and positive change. "Talking to the families is what impressed me," said Ruth. "I can only imagine; but seeing the positive change and a good experience for those participating" keeps her coming back year after year. For Ruth, the experience of meeting and interacting with TAPS families is important.

The message that Ruth would send to those unfamiliar with TAPS or those who want to get involved is, "If you're going to give, give it your all…one-hundred percent." This might just be a testament to how she was raised, or maybe it's her genetic makeup. Either way, TAPS is fortunate to have Ruth's support.