Experts on grief and loss often present the "myths of mourning" as a way of challenging commonly held beliefs and giving the bereaved more realistic and accurate information. We've all heard some of the myths, and you probably have a few you would add to this list: 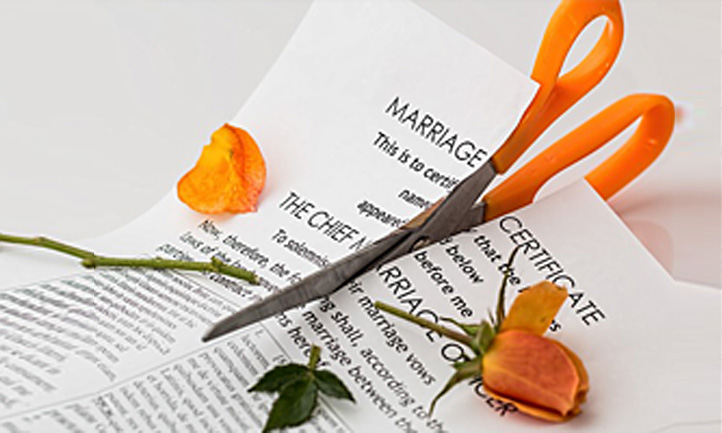 Despite a wealth of research to aid in our understanding, few bereaved people escape the influence of some of these myths. For many survivors, the coping talisman in the face of misinformation is simply thinking, “They have no idea; they’ve never experienced anything even remotely like this.”

Harder to deal with, however, are the myths perpetuated by those who should know better, including professional caregivers. When it is our own grief counselor who advises us to stop visiting the grave, or our own support group leader who implies that we've been crying too much, our internal myth detector might be slower to respond.

One particularly frightening myth about parental bereavement is the myth that suggests that a high percentage of parents divorce after the death of a child. It is hard to imagine a more painful prediction following the death of a child than the suggestion that one's marriage is also at risk. Yet countless married survivors have been exposed to this myth in some form.

Like many myths, nestled inside is a tiny kernel of information that snowballed into its current, unrecognizable form. One of the earliest books on grief and loss, groundbreaking at the time, was The Bereaved Parent by Harriet Schiff, published in 1977. It was the first of its kind, and bereaved parents everywhere found solace in the words of a woman who was also on the grief journey following the death of her ten-year-old son. Schiff was not a mental health professional, but a former reporter, able to articulate the perspective of a bereaved parent.

In the book's chapter entitled "Bereavement and Marriage," Schiff writes, "In fact, some studies estimate that as high as 90% of all bereaved couples are in serious marital difficulty within months after the death of their child." Schiff doesn't cite her sources, and subsequent analyses of the bereavement research of that time do not clearly indicate where that opinion might have originated. Yet somehow this relatively innocuous statement about marital strain became a divorce "fact." People began to perpetuate the notion that 90% of all marriages end in divorce following the death of a child.

Some subsequent references attributed this so-called fact to a 1985 article by Dr. Therese Rando published in Social Work magazine. Although the article provides one of the earliest scholarly examinations of the ways the death of a child can strain a marriage, the author makes no predictions of divorce; in fact, the word divorce does not even appear in the article.

Some of the momentum of the divorce myth may be explained by a look at the culture of the time in which it began. The 1960s were characterized by a tendency toward challenging authority and breaking rules. Divorce rates skyrocketed in almost a single generation, peaking in 1981. Schiff's observation about how a child's death impacted marriage may have been seen by some as further evidence that the whole institution of marriage was crumbling.

Grief experts challenged the myth but there was little empirical evidence to help refute it. The impact of a child's death simply hadn't been studied to any significant degree. And on a personal micro level it's hard to challenge the myth when the devastation of the loss is, in itself, an isolating factor and creates a strain on  one's own marriage.

But on a macro level, as difficult as the death of a child is, research has not found a link between parental bereavement and increased divorce rates. This is particularly significant in light of studies that suggest that the loss of an adult child results in more intense grief than the loss of any other family member. Given the intensity of grief following the death of a child, conventional wisdom would certainly suggest higher rates of divorce, another reason, perhaps, for the myth's durability.

In her review of the literature in 1998, Dr. Reiko Schwab, professor emeritus at Old Dominion University, found no evidence of higher divorce rates among bereaved parents. In fact, she noted relatively lower rates of divorce, less than 20%, which coincided with her own observations as a grief support group facilitator for bereaved parents.

A more extensive examination of existing data was presented in a paper published in Journal of Nursing Scholarship in 2003. The authors noted that only two out of more than 100 papers found evidence of higher divorce rates among bereaved parents. Other researchers have questioned the validity of the findings of those two studies, noting significant methodology problems.

In a 2006 study commissioned by The Compassionate Friends, parental divorce following the death of a child was found to be around 16%. The findings were consistent with an earlier study conducted by the group that showed equally low divorce rates among bereaved parents. Interestingly, less than half of those who were divorced following the death of their child felt that the death had contributed to the disintegration of the marriage.

In the paper on parental bereavement published in Journal of Nursing Scholarship in 2003, the authors take note of four contributing factors to marital stress: gender differences in grieving styles, quality of marriage prior to the child's death, cause and circumstances of death, and displacement of anger and blame onto the spouse. Experts agree that maintaining the ability to tolerate a partner's grieving style, keeping open lines of communication, developing a support system beyond that of one's partner, and making a commitment to remaining married in spite of the stress all contribute to marital survival.

It's hard to imagine that something as devastating as the loss of a child can have any consequences that are remotely positive. And it should be noted that there is, in fact, nothing positive about the death itself. But against all odds, some parents have experienced a deepening of their marital relationship. It is important to acknowledge that any positive effects stem from the actual struggle to cope with the tragedy and its aftermath, and not from the loss itself. The necessity of coping with the tragedy is what creates a new normal. And it is the struggle itself that forces parents to survive and brings about any positive changes, whether it is courage to persist in living, a deeper compassion for others, or a genuine desire to help others.

As terrible as it is, the death of a child serves as a shared trauma experience, which can have the effect of bringing a couple closer together. As one survivor noted, “It took a lot of work but we ended up bonding more. It was a choice that we made, plain and simple. We would not let the death tear us apart. We talked with other parents and learned that we had to grieve in our own time and our own way, not someone else telling us to just get over it.” 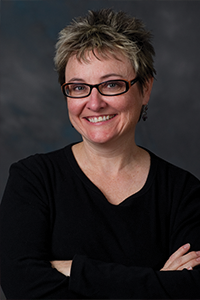 By Stephanie Frogge, MTS: Stephanie Frogge holds a bachelor’s degree in Criminal Justice from Texas Christian University and a master’s in Theological Studies from Brite Divinity School. She is the assistant director of the Institute for Restorative Justice and Restorative Dialogue at The University of Texas at Austin. With more than thirty years of experience in the area of trauma response, Stephanie is the former National Director of Victim Services at Mothers Against Drunk Driving (MADD) and served two years as the Director of Peer Support Services for TAPS.