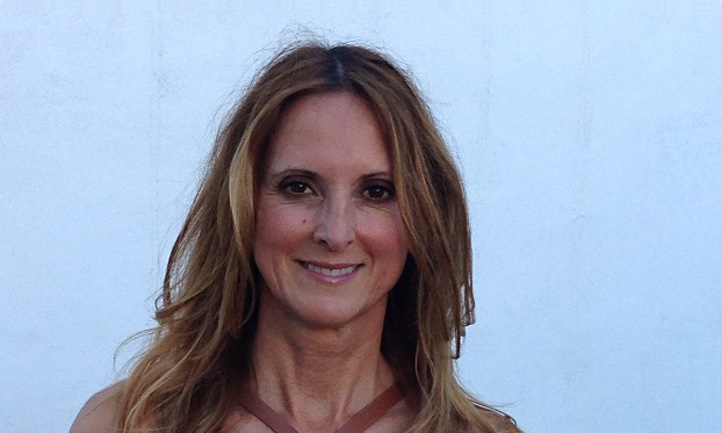 Maria Elena lost her husband U.S. Marine Corps Captain Matthew Bancroft thirteen years ago, and eight years later found TAPS to join her on the journey through grief. Two years ago, Maria Elena began volunteering, using her unique talents and skills to benefit others. As an outreach volunteer for the TAPS Survivor Care Team, Maria Elena has made calls to families whose native language is not English.

Maria Elena's proficiency in Spanish was recognized nearly two years ago at the Camp Pendleton Regional Survivor Seminar and Good Grief Camp and she was asked to assist the TAPS Survivor Care Team.

Maria Elena conducts outreach to surviving families, explaining the TAPS mission, history, and programs. She then assesses their needs based on the level of care and support they have received from their casualty assistance officer. Ultimately, she makes the connections between the family and the specific services they need from TAPS in order to continue their grief journey with healing. Maria Elena said that being able to give back is what drives her efforts. Although she sees her part as a small piece of the TAPS mission, Maria Elena is making a big difference for families grieving the loss of their fallen heroes.

TAPS has made a big difference on Maria Elena as well; she has felt the hope and healing. Maria Elena has witnessed her daughter Maddie attending Good Grief Camps and opening up to other children in similar situations. Seeing her daughter enjoy being with the TAPS family and getting so much out of it has been motivating for Maria Elena.

"While she's private about things, she expresses feelings about her father in the Good Grief Camp," Maria Elena said. "That's huge." Maddie, now thirteen years old, was only eight months old at the time of her father's death. Maria Elena has been able to navigate the turbulent times, but understands it's not the same for Maddie at such a young age. She is grateful for the impact TAPS has had on their family.

Maria Elena thoroughly enjoys her volunteer experience, knowing it certainly isn't for the faint of heart. It takes someone special to make these tough phone calls. It must be something you're drawn to and feel passionate about doing. "You've got to want to do it," Maria Elena said.

Thinking of her own grief and knowing that the families she reaches out to still have the hardest days ahead of them can be difficult. "You know it's a hard time," she said, "and it's so recent." It's a gift to families that Maria Elena is so close to the TAPS mission. She can empathize with and understand those grieving the loss of a fallen hero in a way many others simply cannot.

Maria Elena has touched the lives of many hurting families-some that may not have received an understanding of TAPS services if not for Maria Elena's volunteer work with the TAPS Survivor Care Team. Tom Brokaw once said, "It's easy to make a buck. It's a lot tougher to make a difference." Maria Elena Bancroft is doing just that, making a difference for each family she calls.

TAPS is thankful for the two years of service Maria Elena has so generously given and is certainly looking forward to the years ahead.