What a remarkable year for TAPS Sports & Entertainment!

In light of challenging times, we are even more thankful for the special in-person and virtual opportunities that our many partners helped provide for our TAPS families. Below is just a fraction of the wonderful events and special moments that took place across the country (and the United Kingdom) to recognize surviving families and honor their loved ones. 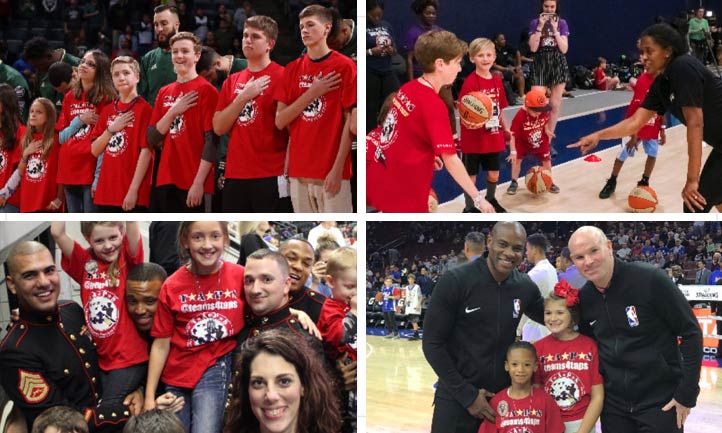 TAPS is an official military charity partner of NBA Cares through their Hoops for Troops initiative. The partnership provides families the opportunity to honor their fallen heroes and meaningfully engage with NBA teams, players, coaches, and staff throughout the year. 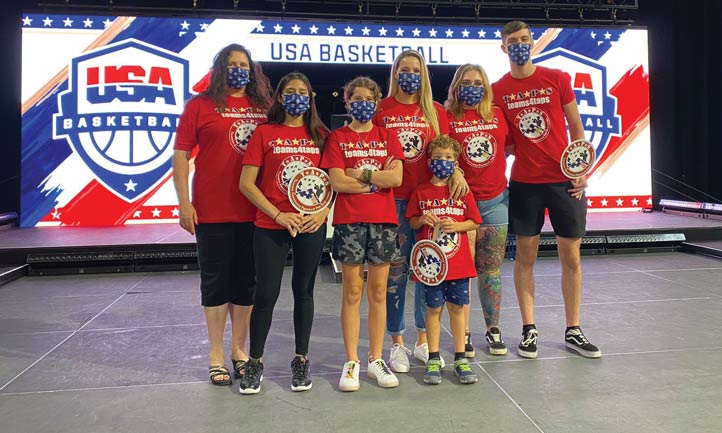 USA Basketball honored TAPS families during the US Men's and Women's National Team exhibition games in Las Vegas. The games served as preparation before the teams traveled to the Tokyo Olympics, where both teams took home gold medals. 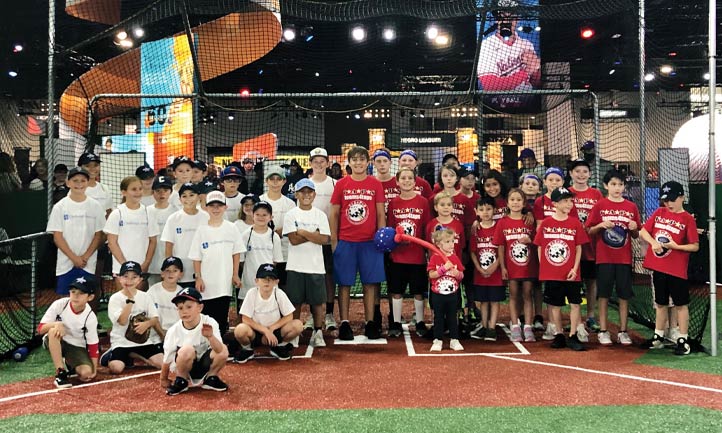 TAPS kids took part in a special baseball clinic at Play Ball Park during the MLB All-Star Week in Denver, Colorado. The military surviving children practiced batting and fielding before they put their skills to use in a game, all while their heroes were honored on the Jumbotron. The MLB and the Colorado Rockies also presented TAPS with a generous donation during the event. 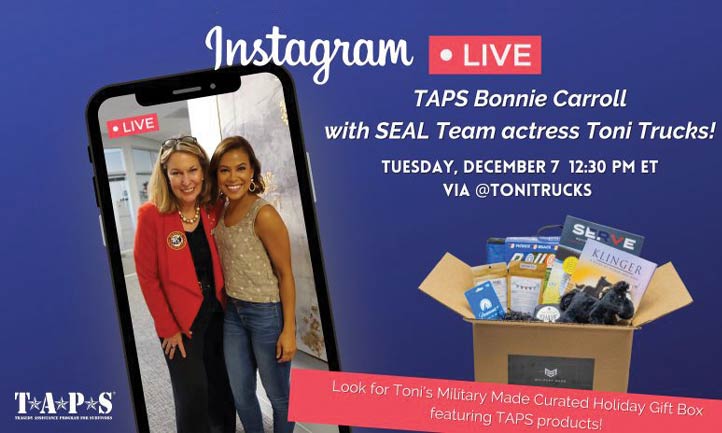 Our good friend Toni Trucks featured TAPS in her curated holiday gift box via Military Made during December, including items from veteran and military-spouse-owned businesses. Toni, who first met TAPS families on the set of SEAL Team, has been a constant supporter of TAPS and recently accepted a position on the TAPS Honorary Board. 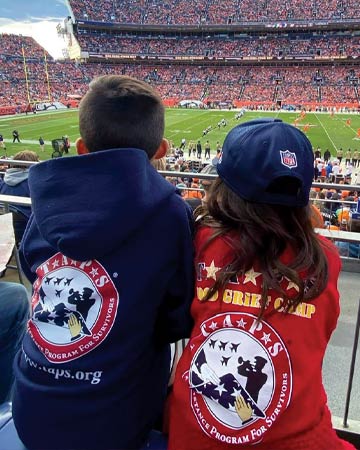 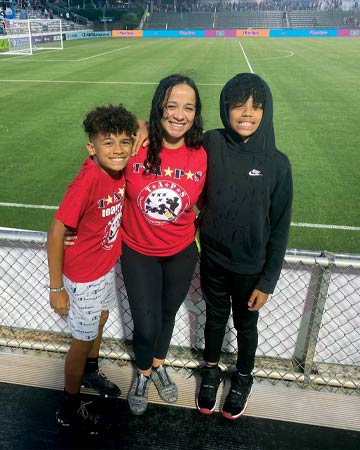 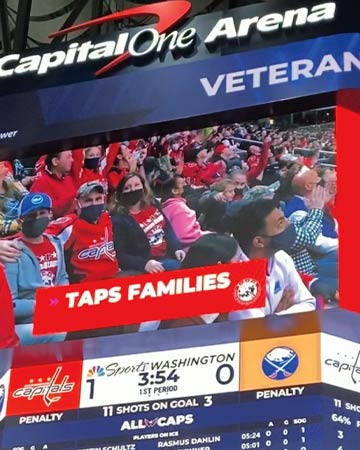 The Washington Capitals, a longtime teams4taps partner, and LiUNA, the team's military appreciation sponsor, honored TAPS families on the jumbotron during a special game. 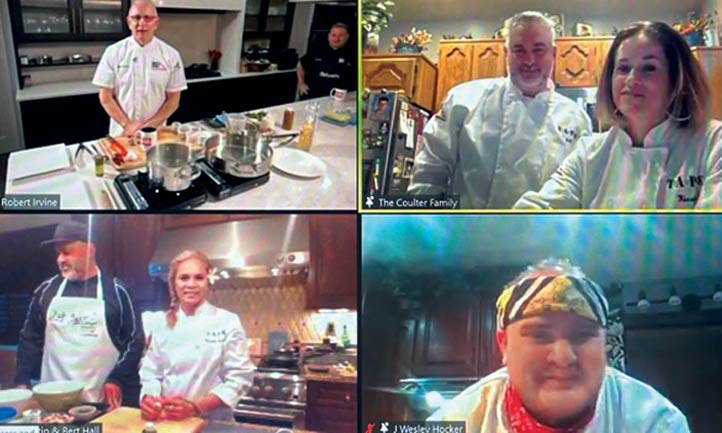 TAPS Survivors enjoyed a virtual cooking session with Chef Robert Irvine, a longtime TAPS supporter and TAPS Honorary Board Member. Irvine created this opportunity for survivors who had participated in the "2019 Robert Irvine Foundation's Presents TAPS Las Vegas Survivor Experience" to reconnect during the pandemic. 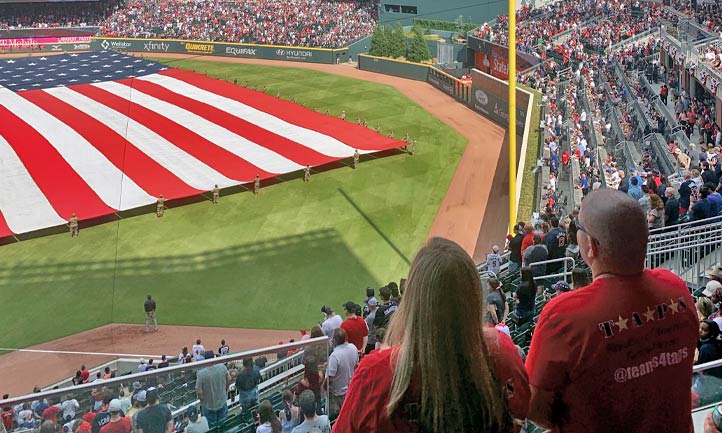 Reigning World Series Champions, the Atlanta Braves, welcomed TAPS families and honored their fallen heroes at their Memorial Day game. The Braves created replica dog tags representing each TAPS fallen hero and placed them in their dugout during the game. Afterward, they sent the dog tags to each family. 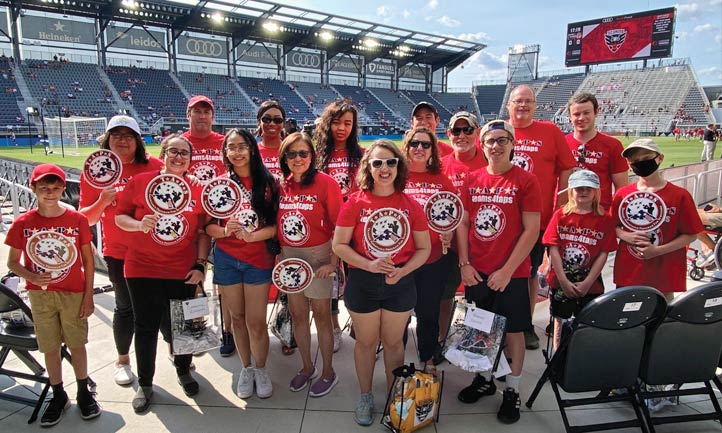 TAPS families enjoyed a D.C. United game thanks to the support of Leidos. Survivors received signed jerseys and honored their fallen heroes during halftime. 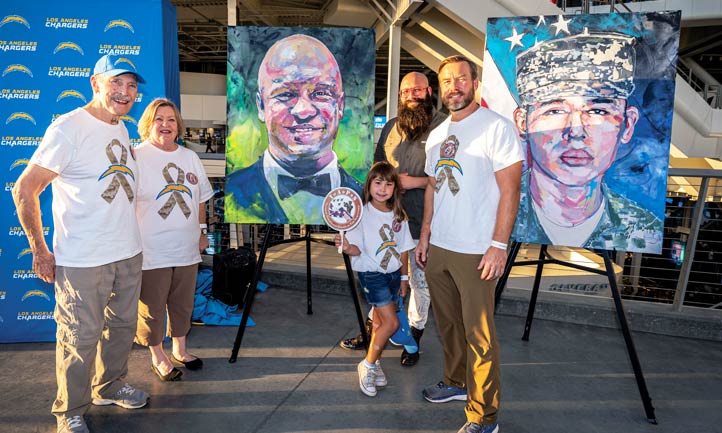 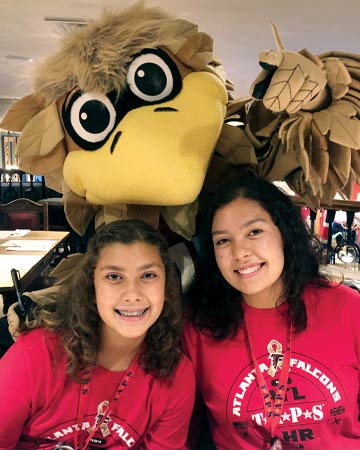 TAPS was fortunate to once again partner with the National Football League (NFL) for the United Kingdom Experience. Freddie Falcon, the Atlanta Falcons Mascot, helped kick off the event by greeting survivors at the Welcome Dinner on opening night. 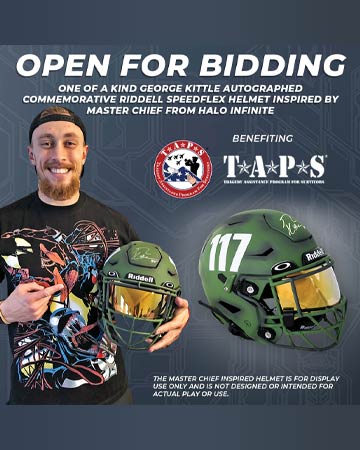 George Kittle of the NFL's San Francisco 49ers is a big supporter of TAPS. In December, TAPS was fortunate to receive this custom helmet designed and signed by George, which we auctioned off with all proceeds benefiting TAPS programs and services. 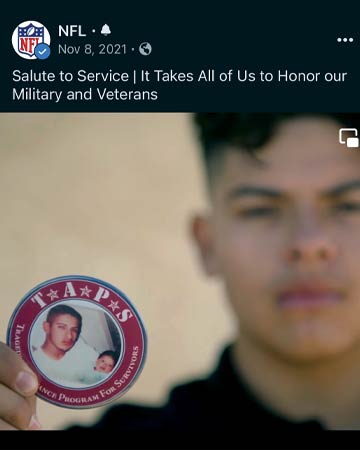 The NFL's It Takes All of Us TV spots, which ran during NFL games in November, featured the surviving spouse and son of U.S. Army Specialist Ramon C. Ojeda. This video campaign highlighted the work TAPS does and how it impacts surviving military families. 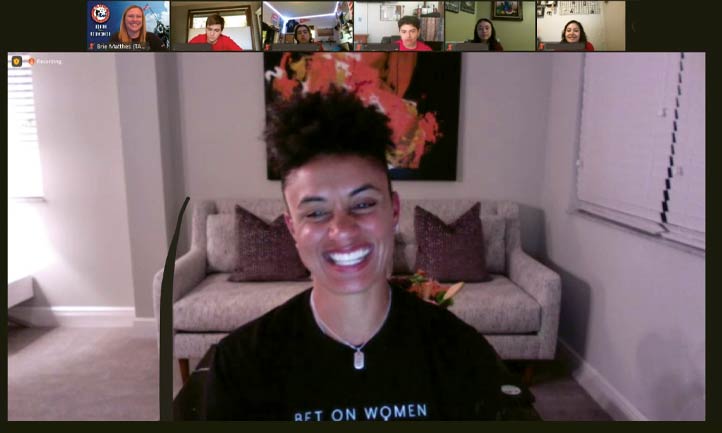 During the Pacific Northwest Virtual Survivor Experience, a two-day virtual event for survivors to learn more about jobs in the sports industry, TAPS Teens spoke with several sports figures, including Candice Dupree. Dupree, a forward who played for the WNBA's Seattle Storm at the time (now with the Atlanta Dream), grew up in a military family and shared her experiences during the meet and greet.

If you or your fallen hero have/had a special connection to sports (team, player, league) or the entertainment industry (music, TV/film, theater, etc.), please share your story and photos with us by emailing teams4taps@taps.org or Stars4TAPS@taps.org.