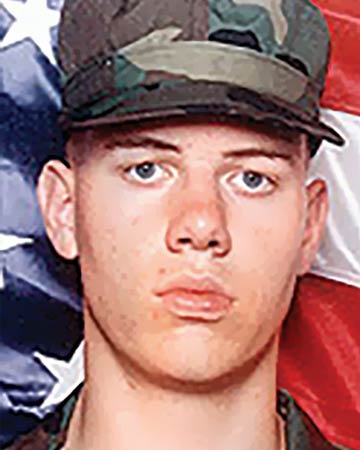 We are all different in how our grief journeys unfold; and for me, my turning point came 13 years after the death of my son, U.S. Army Sergeant Christopher Taylor Monroe. For many years, I had held my emotions inside, with no one knowing of the losses I had suffered. Seeing how grief had affected those around me, I did my best to be the solid rock holding things together for everyone else. As a father, I wanted to be my family’s anchor in the face of all hardship.

When I finally opened up to the reality of my grief, I found my way home. One of the many things I have learned along my journey is that time doesn’t heal all wounds. If anything, it can make the pain worse. While being honest with our emotions can unlock a new strength in us, empowering us to endure what we once thought was impossible.

After a special friend introduced me to TAPS, my grief journey reached a turning point. At the time, I still had not outwardly shown my grief, but I was ready to explore the TAPS website to see what grief support they offered for men like myself. I found an upcoming Men’s Retreat in Montana, knew I needed to be there, and was over the moon with excitement registering for the trip.

When the retreat began, we all sat around in a big circle. Our TAPS leaders asked us to say who we were, our loved ones’ names, and their dates of birth. Over the years, I had always given the day Chris died– it had never occurred to me to think of the day he was born. I shared the story of the morning he was born, and cried for the first time since his funeral. During this time, I learned about the dash—the life our loved ones lived from the day they were born to the day they died—and I realized how easily we forget what was truly important about our loved ones. 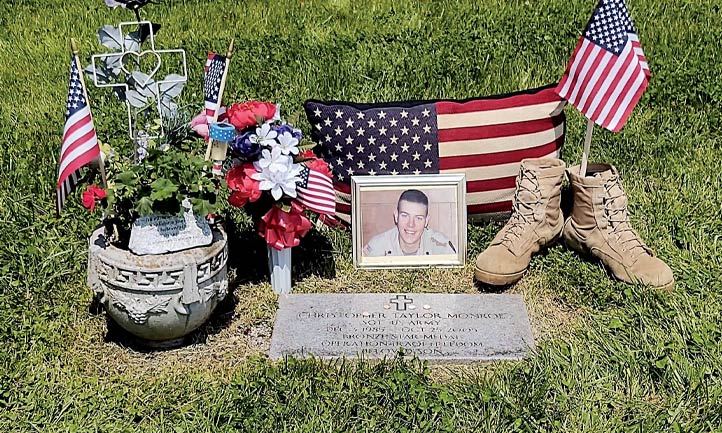 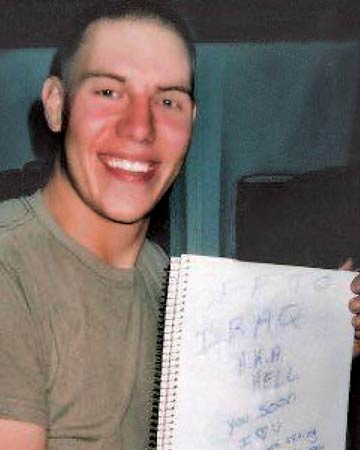 Discovering Strength in Honoring My Emotions

Although I had built a wall to keep all of my emotions inside, I could feel it beginning to form cracks. I soon discovered that it was ok to laugh, and even cry. The next day, we went on a horseback ride to a mountain lake. My ride was a mule named Sally who was sure-footed, making her way up the mountain to the lake. When we arrived, our leaders told us to find a comfortable place and spend some time writing. We were to write ourselves a letter or a poem, or we could write about this experience. I found a place to sit, so I took out my journal and thought for a moment, “I am here. I am really here.” Halfway through my writing, I realized that I was writing to my son Chris, telling him how he would like it here as if he was there with me.

As the emotions flooded over me, the wall that I had built over the years came crashing down. I didn’t just feel my son’s death, but also the deaths of my brothers who I had lost while serving in the Marines. It was like they were all there comforting me as I finally faced my emotions. That was the first time I had ever written something about my grief, but I soon discovered it would not be my last. That was day one of my grief journey for me, as if all the death I had experienced throughout my life had just happened. I had been alone with my grief in the past, but now I came to understand that I was not alone. There are other men like me. That retreat had given me the strength to say my loved ones’ names and tell their stories that I had kept hidden all the years before. 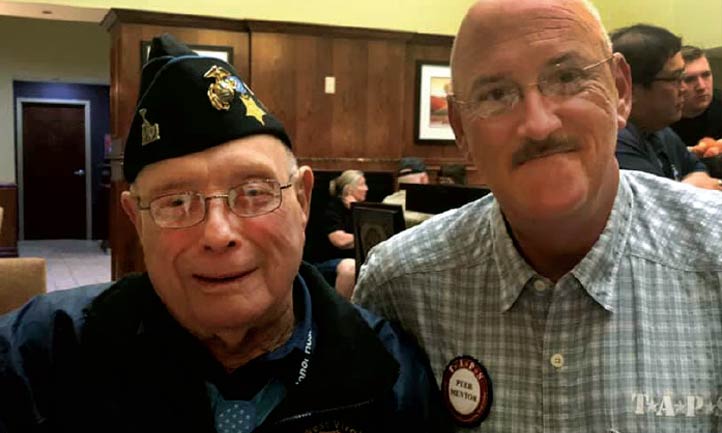 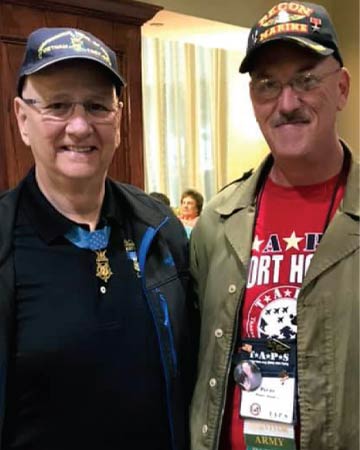 The following year I found out a TAPS Regional Seminar would be at Fort Hood, not far from where I lived. After I registered, I learned that there would be a TAPS Peer Mentor training during the seminar.

My friend who originally introduced me to TAPS was a fellow Marine, and one thing about Marines is that we leave no one behind. And so, I decided I wanted to become a Peer Mentor and help in any way I could. Being a Peer Mentor was similar to when I was in the Marines looking out for my men. With what I have experienced, I knew that others like myself needed a voice of support, and I wanted to help be that for them. As time went on, I began helping lead my local TAPS Care Group.

Exploring My Grief Through Writing

While I was sitting, drinking my coffee one morning, something entered my mind. I went to my computer and wrote for about 15 minutes—it was the first thing I had written since that day on the mountain in Montana. Now I was never a writer, but this felt so natural. Writing has since become my escape, a way of talking to myself and pondering the many thoughts that cross my mind related to my grief journey.

Come, walk with me for a while. Let us walk this path together, taking it at our own pace and distance. It is a path best shared, though we think we walk it alone. For all we may have been or had before, it is to express what we cannot conceal. By its nature, it is a path where society can not intrude. The sky overhead will clear in time, changing from this dark gray oppression. We can pause if you like—time does not bind us. Take my hand, for I will not lead nor will I follow, but join you at your side. The path will rise and fall as it meanders along. Let it rain when it comes unconfined. Let it rain, for it is an expression of love. It is love that has set us on this path. If it pains you, we can stop and rest. In resting, we reflect on the past, taking strength to renew our journey together. I cannot take your burden away, but I can share that burden. All I ask is for you to come, walk with me for a while.