This piece originally appeared in the Real Stories blog of the American Foundation for Suicide Prevention.

I am a survivor of suicide loss, having lost a first cousin, a second cousin, and an Air Force son to suicide.  I am also a survivor of suicide ideation. In 1993, while serving as a U.S. Army Warrant Officer, in the 82nd Airborne Division at Fort Bragg, North Carolina, I went through a period of depression and thought seriously about dying by suicide. I went as far as planning how I would die. At some point, I thought about my children and how devastating leaving them without a father would be, in addition to losing me to suicide.

I decided to seek help for my depression and approached my company commander for a referral to the Mental Health Clinic. I hesitated at first, because I knew there was a chance that my seeking help for mental reasons could be the end of my career in the Army. However, I also thought about getting back to a normal life with my children, and trying to repair a broken marriage. It was important for me to be there for my children, and taking a risk with my career was one I was willing to take. 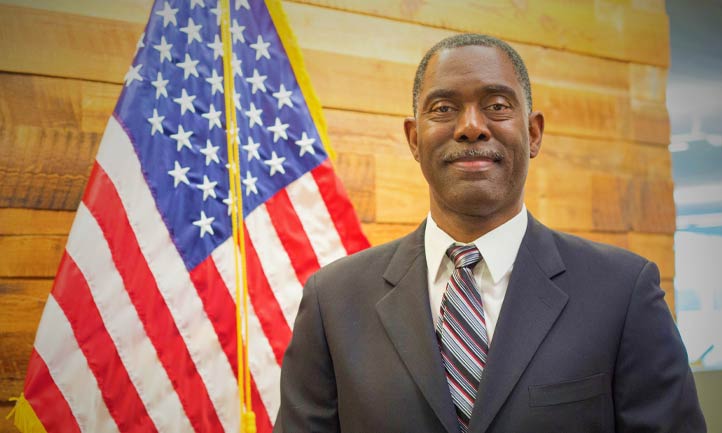 Being singled out as someone weak was a real risk to me, as it would be to any Army officer back then.  My commander was surprisingly very supportive and very conscious of the fact that I came to him in confidence. He expedited my request for an appointment at the clinic, but as I drove there, I was frightened beyond belief. I repeatedly told myself that this was the end of what was a great career for me in the military.

I drove around the building several times before entering the parking lot, and even then, I circled around the parking lot making sure that I didn't recognize anyone. I waited in a parking space until there was no one in sight before entering the building. Upon entering the clinic, I quickly scanned the waiting area for any other soldiers, but I was the only one there. I was greeted and given an intake form, which I filled out and turned in. Immediately following that, I was approached by two senior noncommissioned officers who asked me to follow them to a room. As they sat me down, they explained to me that they had to isolate me, because I had marked ‘thoughts of suicide’ on the intake form, which was true. Of course, my mind started spinning quickly, thinking about the mistake I had just made. I was thinking this was the beginning of the end. It absolutely was the beginning, but the actual ending was something I had not expected.

I received excellent professional and confidential counseling from an Army Captain over the next several weeks. He helped me work through my personal issues, and I went on to have a successful military career. No one in my chain of command knew about my depression and my company commander never once asked me why I needed a referral for mental health. He did what I expected him to do as a leader, and he never mentioned it to me after my initial request seeking help. He made the process painless for me, and I will never forget the support and respect he showed me. I truly believe any soldier walking into his office would have received the same treatment.

Even though military careers should not be affected by seeking mental health, they sometimes are.  Military leaders must not only support the people they lead when it comes to mental health, they must also go beyond that and create a culture and climate where it’s okay to say you’re not okay. There should never be any shame or feelings of weakness tied to seeking mental health treatment.  Those seeking help should never be embarrassed, berated, or chastised by their chain of command or peers.

I challenge leaders at all levels, in all military services, to embrace supporting mental health and participating in suicide prevention every day. Suicide crosses all ranks, and the various demographics contained in them.

Our Veteran population is especially vulnerable to suicide because they are no longer connected to the military command structure. Family, friends, and battle buddies become the eyes and ears for signs of mental health needs and suicide ideation. Recognizing something is wrong is the first step in getting folks connected to the help they need. The celebration of Veterans who served is once a year, but supporting our Veterans is an everyday affair.

If you or someone you love is showing signs of suicide, help is available. Call the National Suicide Prevention Lifeline at 800-273-8255, and press 1 if you are a Veteran. You may also contact the Veterans Crisis Line, or the Crisis Text Line at 741741.