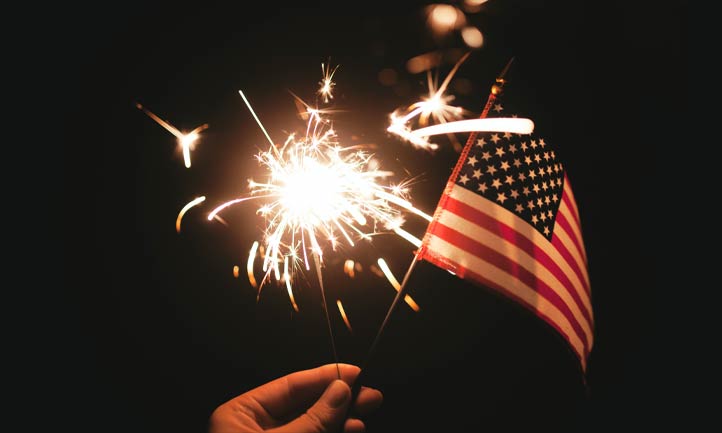 Photo by Stephanie Mccabe on Unsplash

As his unit was stopped in Europe on their way home, John’s best friend on that deployment contacted me on July 3 and shared how hard it was to be happy about coming home without John on that plane. I encouraged him and mentioned that it was John’s favorite holiday. I asked him to celebrate in honor of John.

Later, I was invited to a dinner, concert, and fireworks display at Fort Leonard Wood, Missouri. I had a decision to make. I could stay home and be sad, or attend the celebration in the midst of his military brothers and sisters-in-arms. I quickly knew what John would want.

I chose to attend.

It was difficult to not look at the sky, watching for a plane to come over bringing him back alive and well. It hurt knowing he wasn't, and should have been. No one there knew. I kept my emotions in check.

At the event, I met other Gold Star Families. We shared stories, hugged, and wept. Even through the tears, the event was wonderful! Soldiers from basic training attended and they were so happy! Although John coming home was on my mind, I felt a sense of peace and belonging with the other families. I knew I was where I needed to be on that day.

As the finale began, I looked into the heavens and said, "This one is for you, John!" Every year, I ask my family, friends, and military personnel to light a firecracker or something and say it too. I can just imagine his face above the fireworks with a big smile, watching all of us!

In 11 years, I have missed only twice. One year my husband was dying and last year they cancelled due to COVID. I am still in touch with the soldier who contacted me as he prepared to come home without John. He still serves his country.

Editor’s Note: As we mark Independence Day, we would love to hear your memories and have you share how you are marking the holiday this year. Share with us at editor@taps.org and through our social media platforms on Facebook, Twitter, and Instagram.

This Independence Day and every day, TAPS is here to support all those grieving the loss of a military loved one.