Those who knew my son Jim understood that no matter what, you were going to get a story out of him. To this day, people will tell me that Jim, an attorney for the U.S. government and the U.S. Army, was legendary for his stories.

After Jim’s death, we flew into North Bend Airport and went directly to Holy Redeemer Catholic Church for his funeral mass. Before I left home, I had picked up a small green children's book from my desk. I pressed it in my pocket and was not sure I could read it when the time came. As they recited The Lord's Prayer, I reached out and touched the white cloth that covered Jim's coffin. I could almost feel him squeeze my hand and give me permission to tell the story - one that everyone would understand.

At the end of the service, I asked Father Karl if I could have a few moments. I pulled the little green book from my pocket, stepped up to the podium, and started to read the book called “Water Bugs and Dragonflies,” a story comparing the life cycle of dragonflies to the death of a loved one. 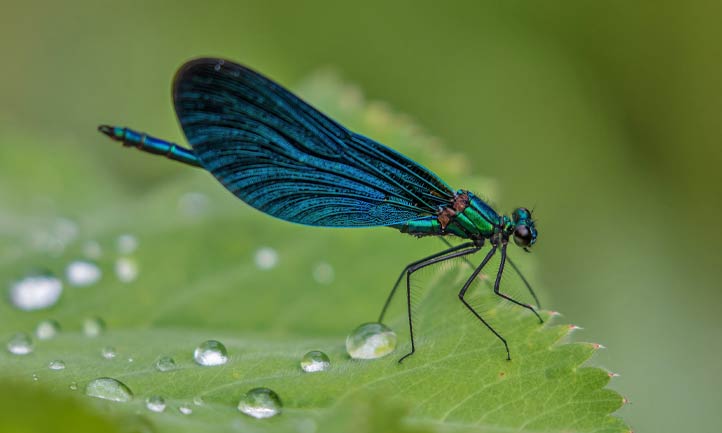 As I finished the story, my eyes lifted to the congregation. Tears filled my eyes as I knew it was Jim's last story. The eyes I met were also filled with tears. You see, not even my husband, nor the priest, nor anyone else knew of my plan to read the book. Slowly but surely, each person stood up and applause filled the church. I knew Jim was smiling down on us.

A large reception was being held in the parish center following the service, but I opted to stand outside and watch the hearse leave the church with my son for the last time. Suddenly, the quietness was filled with loud voices calling for me to quickly come into the parish center. The door was open and, as I stepped inside, I saw all heads turned upward. Flying back and forth, as though searching for someone, was the largest dragonfly I had ever seen. Suddenly it came to me, circled my head twice, and then flew out the door. It was as though Jim was saying, "See Mom, everyone understands a story. They know I am okay and I am in a safe, wonderful place. I love you Mom."

The next day, at the memorial service held at his high school, the dragonfly story was once again mentioned. After the service, a young mother approached me. She had lost her little girl ten years before and had read the same story at her funeral. Putting her hands carefully to her own shoulder, she removed a gold dragonfly pin. As she pinned it to my collar she said, "I can now let my dragonfly go. Someday you will let yours go, too."

I let my dragonfly go at a young girl's funeral several years later. I read the dragonfly story during that service. When I was through, I gently reached up, removed my beautiful dragonfly pin and gave it to the young girl's mother. I now share the dragonfly story with others who have lost a child. When someone comments on my dragonfly reading, I know that Jimmy's final story has touched another family. And in my heart, I share a silent thank you for reminding me of my son.

I have received dragonflies from across the world. Each one means as much to me as the first. You see, every time I receive a dragonfly, I know that people have not forgotten about my son; the attorney, the soldier and, most of all, the storyteller.