I haven’t missed being in our nation’s capital and attending a TAPS National Seminar since 1998. I remember being a new young widow, walking into uncharted territory. TAPS Founder and President Bonnie Carroll was right there to welcome me with open arms. I remember being scared, not wanting to talk. I was, however, a listener. As I attended workshops and sharing groups, I listened and finally felt validated in my grief. There were people who were there to greet me and hug me. People who just understood.  It was that love that made me decide to come back the next year, and the next year and the next – well, you get it! Through my experience at the TAPS National Military Survivor Seminar, I have gained a new family — and each year is a family reunion! 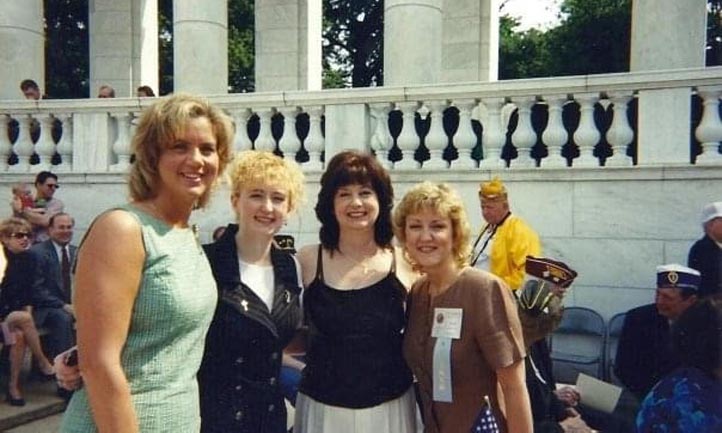 Here I am, 22 years later. Here we all are in 2020 – gathering for the first time from our homes rather than in person.

There are quite a few things I am going to miss this year. More than anything, I am going to miss the hugs! The TAPS family gives the greatest hugs! It’s just what we do! I am also going to miss the ceremony at Arlington National Cemetery. I haven’t missed one ceremony at Arlington in all my years since I began attending the National Seminar.  It’s just such a special day that I love sharing with my TAPS family as we honor our fallen heroes together — because we understand the true meaning of Memorial Day.

Finally, I am going to miss our TAPS kiddos and their military mentors. I have truly loved watching this magic. I remember hearing a new TAPS kid outside a door on the first day crying, “I don’t want to go! Don’t make me go!”  Then, on the last day, that same kiddo is begging not to leave. Yes, that is an example of what happens at a TAPS National Military Survivor Seminar and Good Grief Camp. It’s transformative, it’s magic!

Despite all that we will miss, one thing is for certain! We ARE still gathering as a family. TAPS will still be here for ALL OF US throughout this most sacred time. What I love about this Virtual National Military Survivor Seminar and Family Program is that it allows survivors who have never been able to attend to be a part of the hope and healing. Our Helpline is always available 24/7, and our Online Community allows us to bridge the miles and connect. So, yes, we have always been in this together — and we always will be. We aren’t going anywhere! 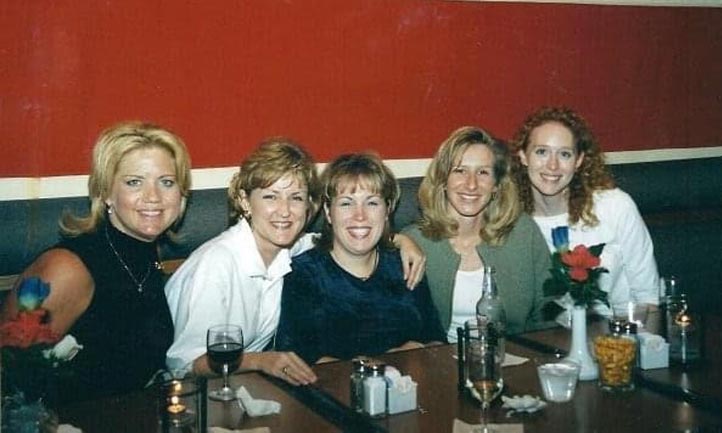 Twenty-six years ago, our beloved Bonnie Carroll gathered a small group of surviving military survivors from across the country for the inaugural TAPS National Military Survivor Seminar and Good Grief (Kids) Camp. They came together not only sharing hugs, but the common bond of military loss. In that one weekend, life-long friendships were formed. Some of those same people came back the next year to reunite those kinships. Bonnie was there, as she always is, with open arms for her TAPS family and welcoming new family members who are searching for comfort and care. It is what Bonnie has done each and every year at the TAPS National Military Survivor Seminar.

And while this year will be different – in many ways, it remains the same. Full of love, hope and family.

One last thing…On Memorial Day, even though I will not be with my TAPS family, I still plan to honor my late husband Dee, going to the memorial where he and his fallen Air Force brothers are honored. I will lay a rose for each of them, sharing that moment with my parents. When I do that I will be thinking of each of you and your beloved fallen hero, and carrying you in my heart. We have always been in this together – and we always will be!