After my favorite person on the planet died, it was difficult to find any sort of peace. My friends and family mistook my numbness for peace. I think a lot of grievers go through this. On the outside, we smile, we say we’re OK. Inside, our every particle of being is screaming. 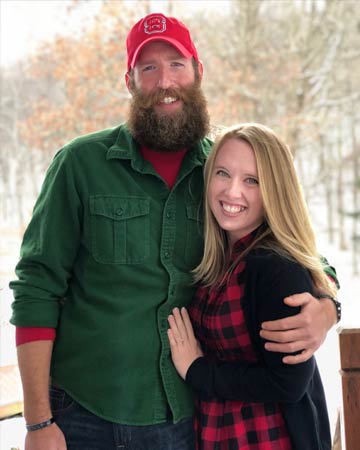 My favorite person on the planet was my husband, U.S. Army veteran Daniel Allen Evans. I knew him as Danny.

Days after Danny’s death, amid the funeral planning, I was considering a trip to Ireland. I wanted to go by myself to escape my mind and my feelings, hoping maybe to find comfort in the beauty of the Irish countryside. I talked myself out of it pretty quickly. My mind was wondering, “Do you really want to go to Europe all by yourself?” The particles of my being screamed “YES! YES! YES!” But my mind won out, which I am disappointed to admit often does. I let my logical mind hush my heart.

So instead, I considered escaping in country. I could sell everything that tied me down. I could hike the Appalachian Trail. Or buy a cheap 1970s camper and drive all over the United States living at campgrounds. Or I could stay in friends’ beach houses or lake houses or mountain houses. All I knew was that I wanted to get away from everything I knew, because nothing I knew felt reliable anymore. I didn’t know who I was.

As the numbness wore off, I became obsessed with Danny’s suicide. It was all I could think about. I replayed that night over and over in my mind, wondering what would have happened if I had done this or that. When I got tired of replaying that night, I replayed that week, then that month, and eventually the last year, looking for hints to explain the unexplainable. My doubt and regret ate away at my soul. I just wanted to feel like I wasn’t drowning. I thought going somewhere new was the only way I could see the other side of this painful grief. Distraction or not, I just wanted to escape. 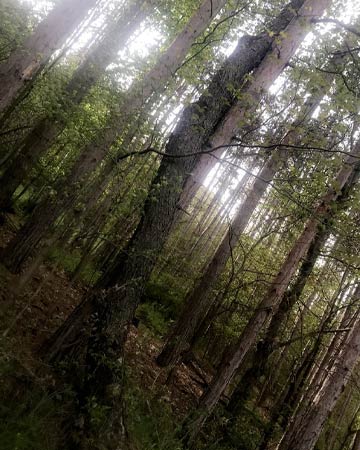 I did the most responsible thing I could think of: I shut myself up in the tiny house where Danny had taken his life, on 10 secluded acres in rural Pennsylvania. The days there brought me an odd peace, as I felt closer to Danny in that house. But the evenings were agonizing. That’s when I felt most alone. I woke every night at roughly the same time that Danny had died. Isolation had been an enemy of Danny’s, a symptom of his posttraumatic stress, and something I realized looking back that he did more and more of in his final month of life. Now that same isolation was essentially required of me. That isolation eliminated my option to run from my grief. Instead, it forced me to stay home and face it.

In a way, the coronavirus is a blessing. It gave me time to do the one thing I had always wanted to do, and had never truly allowed myself to do — write. Danny knew about my dream of being a writer from the time that we met. He read my work often, and always had words of encouragement.

“I read the beginning of your story. I felt like I was there sitting at the table with your characters. It’s really good, love, keep at it,” he told me.

Danny did everything he could to encourage me to write. He sent me to a weekend writer’s conference. He bought me obscure books about places I liked writing about. He indulged my love for history, watching movies that would help me build the era I was writing about in my head. He even offered to support me for a year so I could focus on my writing. I never took him up on it. It felt selfish.

I still wanted to get away, but for the moment, I was forced to focus on my grief at home. It is so important to take the time to heal for the sake of your own mind, body and spirit. The first couple months, I could only bear to confront my grief for short stretches of time, maybe once or twice a week. That doesn’t mean that I didn’t think about Danny. He was a constant in my thoughts, but I wasn’t able to write about him at first. I wasn’t able to remember certain things. I had to be kind and patient in my healing. While it was painful to face my grief, it was also the only way to ease that pain. I’m not going to say that grief goes away entirely, but its pain becomes bearable the more you hang out with it. 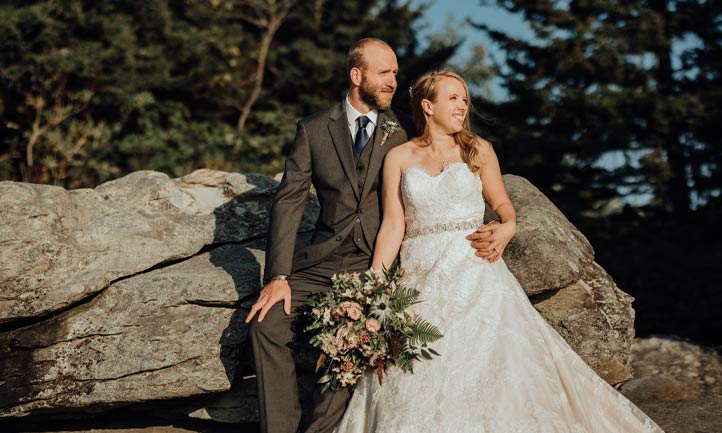 Meagan Greygor is the surviving spouse of Army veteran Daniel Evans, who died by suicide on January 3, 2020, after a long battle with posttraumatic stress since his deployment in Afghanistan in 2005-2006.