My brother, Army Pfc. Stephen E. Colley, was my best friend. He was smart, caring and funny.  He had a huge heart – he greeted everyone with a hug and never left a conversation without a smile. I loved and admired him in so many ways. When he returned from a deployment to Iraq, he was different, and while we could tell he was suffering, we did not know just how bad it was or what we needed to do. Ultimately, the amount of love my family had for him could not overcome the amount of pain he felt. Stephen died by suicide in May 2007. His death was – by far – the single worst thing that had ever happened to me. It left me feeling heartbroken and lonely.

Over the next several years, it was my older brother, Alan, who helped me make sense of Stephen’s death. He helped me navigate our “new normal.” He became my biggest supporter and most vocal cheerleader. In 2013, Alan and I graduated law school together, an accomplishment I owe to him. While he went on to become an attorney at one of the largest and most prestigious law firms in the country, I became a legal aid attorney representing active duty servicemembers and veterans. 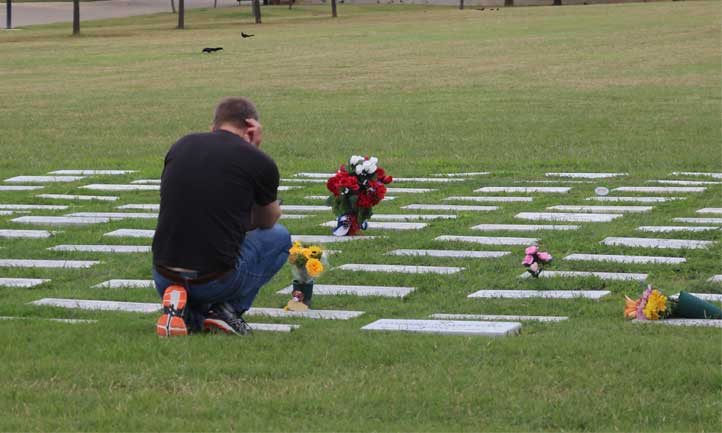 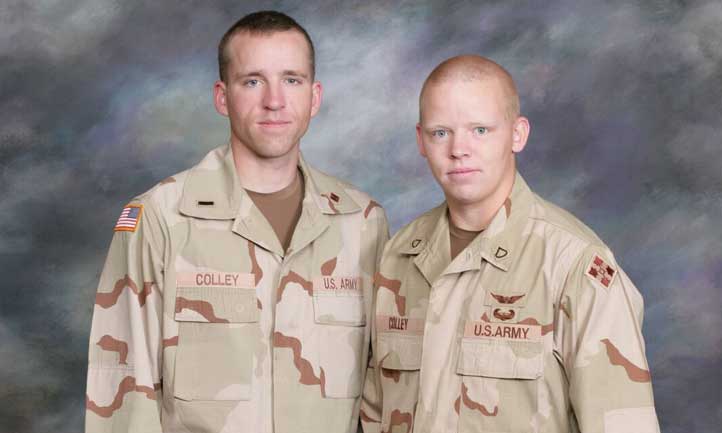 In 2017, I accepted an attorney position with the Department of Veterans Affairs. Just days before I was to begin, devastation hit my family once again when the unfathomable happened.  In September, my older brother, Maj. Alan E. Colley, United States Army Reserve, also died by suicide. To lose one brother is heartbreaking and overwhelming. To lose two is an indescribable kind of pain – it crushes you to the core of your being and carries with it a whirlwind of confusion. It is agonizing and unrelenting.

In the days after Alan’s death I explained to my father that I could not imagine beginning the VA position.  I felt I couldn’t possibly endure dealing with veteran issues full time. But in his wisdom, he reminded me that helping veterans was perhaps exactly where I needed to be.

Three years later, needless to say, he was right. Helping our nation’s veterans has been a passion of mine for years. After all, I come from a military family. Besides my brothers’ service, my brother-in-law was an Army medic in Iraq and earned a Purple Heart, my dad retired from the Air Force, and I enlisted in the Air Force at 17 and served as a Russian linguist. Working for VA has renewed my sense of purpose and allowed me to redirect the pain of losing Alan and Stephen into helping veterans. 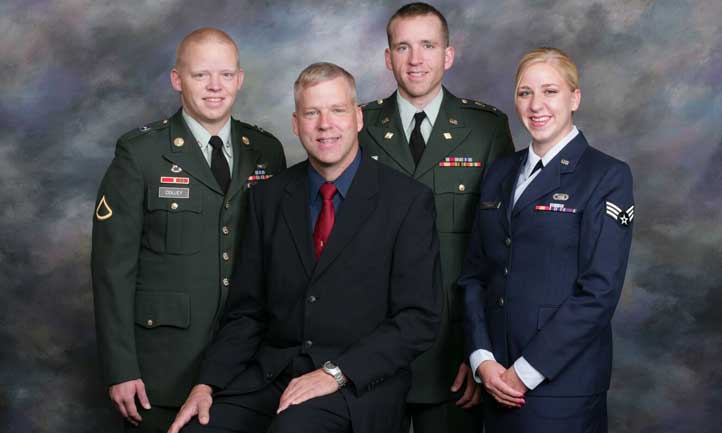 Just this month, I accepted a new position as an Action Officer with the President’s Roadmap to Empower Veterans and End a National Tragedy of Suicide Task Force, or PREVENTS. In March 2019, President Trump signed Executive Order 13861 which established the Task Force to change the culture surrounding mental health and suicide prevention. The PREVENTS Roadmap will include enhanced community integration, prioritized research activities, and implementation strategies that emphasize improved overall health and well-being. Although the PREVENTS Office is based in Washington, D.C., the primary goal of this cabinet level, interagency effort is to develop the first federally coordinated national public health strategy to empower veterans and address suicide nationally.

While release of the Roadmap has been delayed by the COVID-19 crisis, the PREVENTS Office is currently working on implementation and evaluation plans. Out of concern for the mental health consequences of the pandemic, the PREVENTS Office launched the  #MoreThanEverBefore campaign to urge all Americans to pay attention to their emotional well-being and the well-being of those they love. To help promote the campaign, PREVENTS has activated its cadre of PREVENTS Ambassadors, led by Second Lady Karen Pence, who are thought leaders, passionate about preventing suicide. The Task Force will partner with government and non-government entities to implement the recommendations of the PREVENTS Roadmap at all levels.

As an Action Officer, I will assist in the Task Force’s implementation of the Roadmap and national suicide prevention efforts. As a surviving sibling, I am eager to contribute to such an amazing cause and to offer a unique perspective. On a personal level, I am proud to honor my brothers and use my experiences and voice, together with the PREVENTS team of Ambassadors, community advocates, state leaders, and champions of the cause, to help save lives.

This work reminds me that all of us have the power to affect change and help each other. #MoreThanEverBefore caring for our emotional well-being and that of our loved ones is not just an option – it is a necessity.  We must not only check on each other, but we must also check in with ourselves. And remember – it is OK to say you’re not OK! As survivors, we may be more vulnerable to stressors and it’s important to recognize the risk that we may experience extreme levels of anxiety, sadness, depression, or loneliness, especially now.

If you are struggling with suicidal thoughts or inclinations, reach out immediately to the Suicide Prevention Lifeline at 1-800-273-8255 which provides 24/7, free and confidential support for people in distress, and prevention and crisis resources for you or your loved ones. 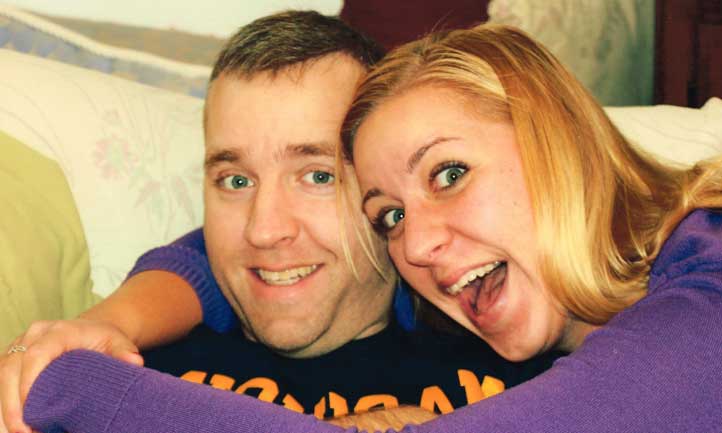 Carolyn Colley earned a bachelor’s degree in Russian studies from the University of California, Davis, after which, Carolyn taught English in St. Petersburg, Russia. She graduated from the Quinnipiac University School of Law, where she focused on veteran policy, military law, and mediation, and became a certified mediator. Following military service, Carolyn’s professional career has centered around military and veterans’ issues, to include work with the Connecticut Veterans Legal Center, the Center for Veterans Advancement, the Military and Veterans Unit for Lone Star Legal Aid, and the Department of Veterans Affairs. Carolyn volunteers as a peer mentor for TAPS.