As a single parent, veteran and survivor, Renee Monczynski has learned a few things about resilience and strength and what it takes to adjust to a new normal. As head of TAPS’ Young Adult Program, she shares what she’s learned with those who are navigating the often emotional transition from childhood to adulthood.

At the recent TAPS Southern Regional Seminar and Good Grief Camp, Renee gathered a few young adults to participate in an activity designed to address their grief and the feelings that come with losing someone they loved so much — anger, sadness, confusion, guilt, regret, loneliness. The activity was captured in these series of photos. 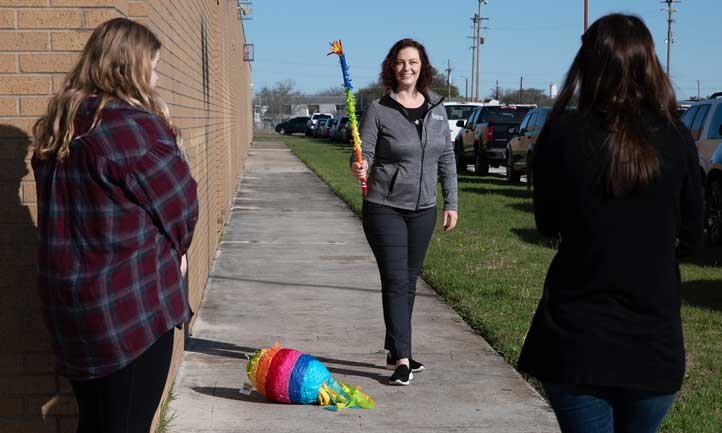 Renee asked the young adult survivors to write down on pieces of paper what they are going through. She told the small group, “I offer you an opportunity to get rid of all things that are not serving you anymore. All the things you are angry about, all the silly things people have said to you, all the things that set off the anger in you—write them down.” She then stuffed a piñata with those pieces of paper. “We are going to write out all the hurtful things to make room for all the good things we will gain.” 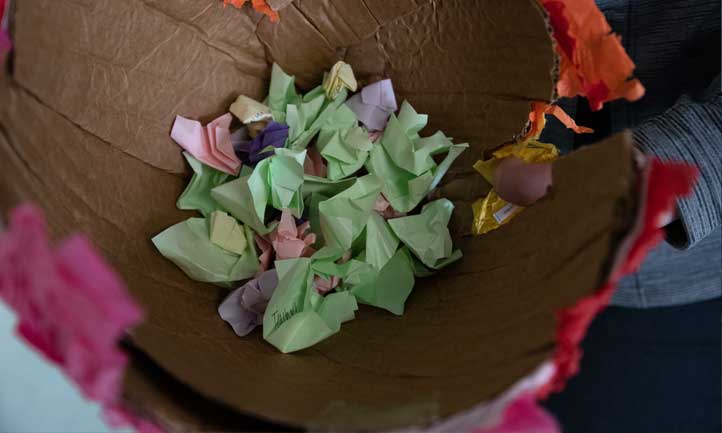 Each of the participants took turns hitting the piñata with a stick. 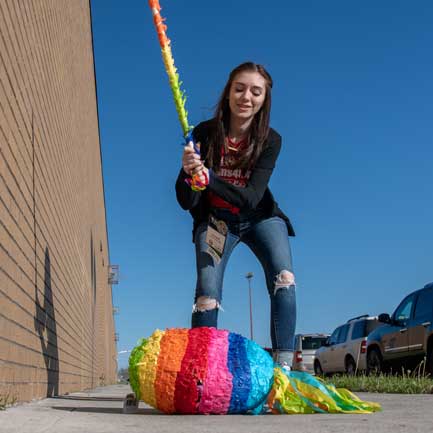 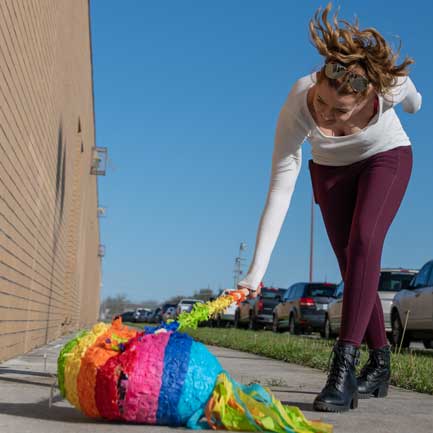 The physical swing of the stick also released some of the anger and frustration survivors often feel. 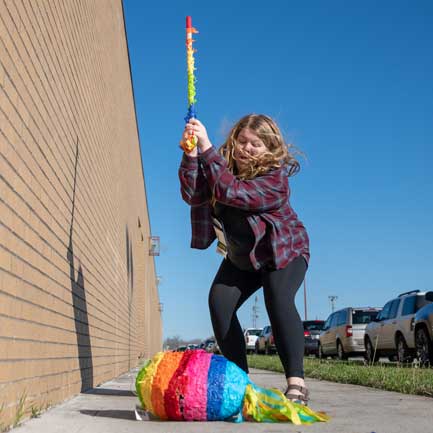 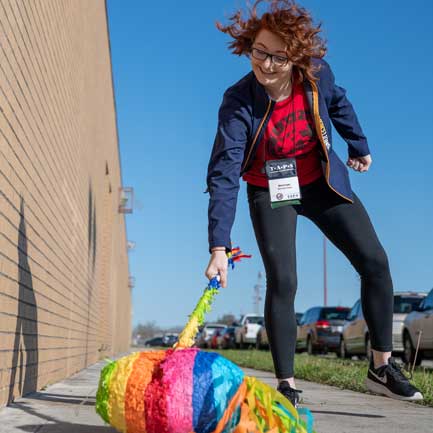 “We are here to learn new skills and create new memories. But if we are already full of grief, anger and all things we don't want to carry anymore, then there is no space for the good stuff,” Renee said. “With every swing, I want to hear one good thing you do for yourself when you are angry. Do you go for a run? Journal? Phone a friend?” Renee asked the group.

Once the piñata burst, Renee collected all the pieces of paper to later burn in a fire pit. “As you can see, the piñata is also filled with self-care items, such as face masks, bath bombs, candy, bubbles,” Renee said. It is important to acknowledge and face the feelings and negative emotions that come with grief, and it is also important to take care of yourself when you’re feeling vulnerable, she said. 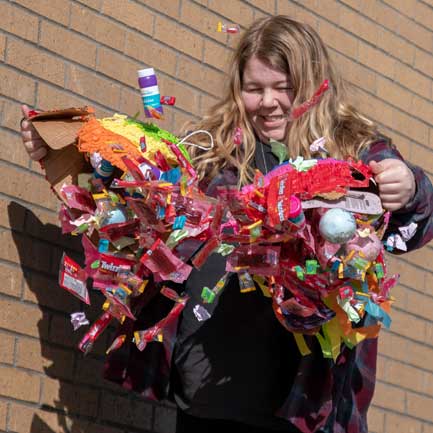 Clearly, an effective exercise. “After we hit the piñata on Friday night, I slept better than I have in the past year,” said Ashley Taylor, a young adult survivor. In more ways than one, she was not alone.