Many years ago, about seven years after my husband’s death, I was sitting in a meeting participating in an icebreaker activity. As we went around the room and shared something that was on our bucket list, I was horrified to realize that I had nothing. Nothing that I was looking forward to — no long term plans or dreams. Since my husband’s death in 2004 my entire focus had been on raising our three children (who were 3, 6 and 9 when Lawrence died). That took every ounce of energy I had. It felt like I was too busy putting out fires and just getting through each day to ponder the future. Prior to Lawrence’s death I had also come to the conclusion that long-range planning wasn’t very useful — I figured we were going to end up wherever the Navy sent us anyway, so what was the point?

That day in the meeting was a wakeup call for me. At some point, my children were not going to need me as they did then — and I needed a life for myself. Gradually, I started to force myself to consider MY future. I tried to envision something special that was just for me. I decided I wanted to travel, and Ireland was my chosen destination. One branch of my family tree came from Ireland during the potato famine in the 1850s. I have felt a particular closeness to my 3rd great grandfather who immigrated to America in advance of his family to earn money to bring them over. A few years later when he finally earned enough for them to join him, his wife died on the voyage to America, leaving her three small children to finish the trip without a parent. I felt drawn to these people who also were no strangers to tragedy and I wanted to walk the roads of their home.

My youngest child had just graduated high school — now was the time. I saw that my hard work in preparing my kids to be independent paid off. Despite my anxiety about leaving them, I knew they would be fine. I began planning in earnest and exploring how I wanted to travel (tour group versus on my own), what to see, how long to spend there. I had a long list of sites that I wanted to see, places I had read about, and locations significant in my own family history. I realized I had come full circle — from a woman who had felt it was useless to make plans or have dreams to someone who was now unwilling to compromise on her dream.

I decided to travel solo to Ireland and spent weeks researching itineraries, learning about the transit system, reading travel blogs. Now that I was finally going to make my trip, I selfishly didn’t want to have to negotiate where to go or what to see with a travel companion. The idea of solo travel was thrilling but terrifying. Would I be lonely? Would I be safe? Will I be able to master driving on the wrong side? I caught the look of surprise and wonder (pity?) in the eye of friends when they learned I was traveling alone. I, too, wondered if I was making the right choice.

My kids were excited about my plans and gave me their ‘blessing’ through a gift of electronic adapters and an adventure journal. I am a methodical planner and found that it helped contain my anxiety. I made lists, I looked up sites on Google Maps, I messaged Instagram friends in Ireland. The same tactics that had helped me get through the past 15 years since Lawrence died were once again instrumental: control as much as you can and just ride the waves when the unexpected happens. It worked.

I made my bucket list trip in April. It was everything I had anticipated and more. I was nervous and excited, but also open to whatever was to come. Ireland was truly a magical place. Because I had worked hard to take care of obligations back home, I didn’t give them a second thought. My focus was completely on what I was seeing and the places I was visiting. I drove my little rental car all around that island like a pro — exercising my option to follow any turn of inspiration. I was moved by walking the trail in a village of my ancestors and marveled at the prehistoric structures that riddle the landscape. Each morning at breakfast I recorded my activities and thoughts in my journal, not wanting to lose a moment of the memories. 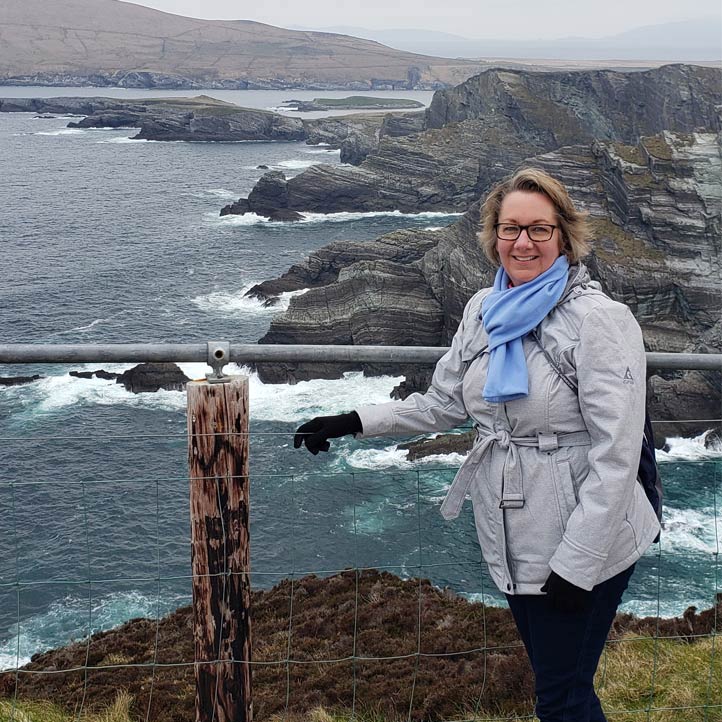 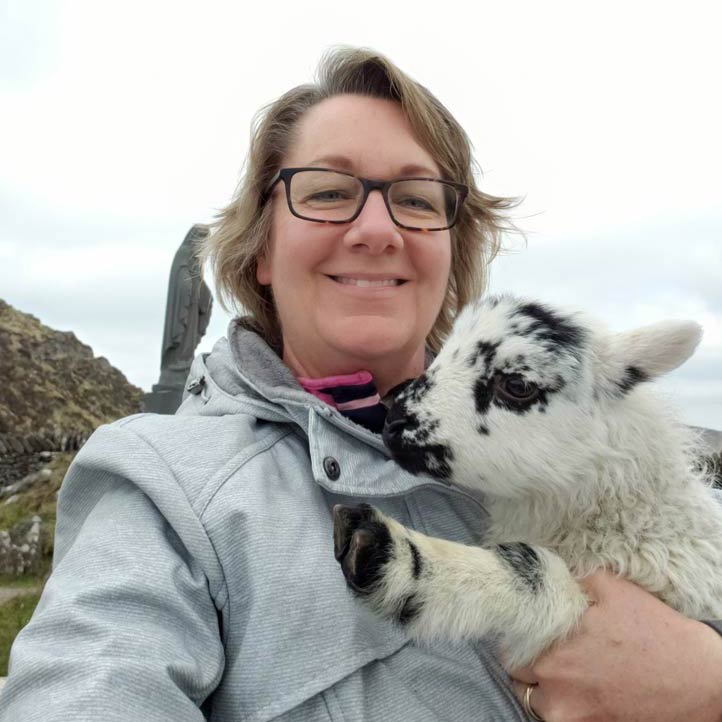 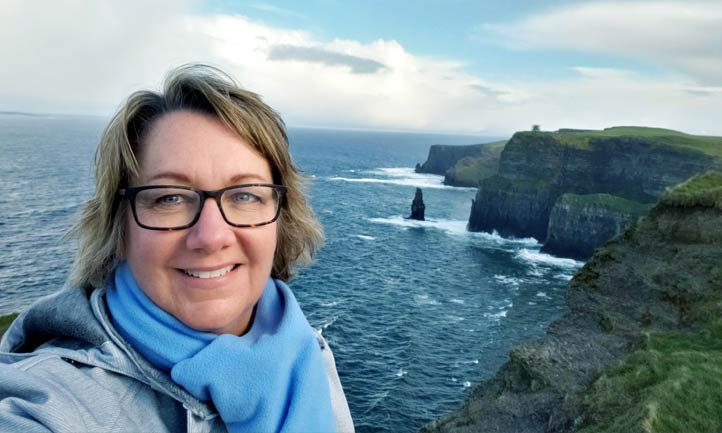 I learned that I like my own company and got to know myself again. I found that it’s easier to reconnect with childlike wonder without wondering what others think. I brought home some neat souvenirs for my children, and a really beautiful Aran wool sweater for me. I brought home something much more special too. I went to Ireland as Carole, the widow. But when I came home, I came home as me again. Just Carole. I was transformed.

Carole Hilton, the surviving spouse of Lt. Lawrence Hilton, is on the TAPS Survivor Care Team.