Volunteerism is at the very foundation of TAPS. Last year, more than 3,200 volunteers spent a combined total of 67,200 hours supporting military survivors. Every program at TAPS benefits from the selfless service of volunteers who share our mission of caring for the families of America’s fallen military heroes.

Behind the effort to recruit and retain volunteers at TAPS are Sharon Paz and Lori Branch. Both Sharon and Lori  know what it takes to work with volunteers; they came to TAPS as volunteers themselves before taking on staff roles. Sharon started volunteering in the fall 2016. Today, she manages the Volunteer Resources department and ensures that the cadre of volunteers feels supported and valued. 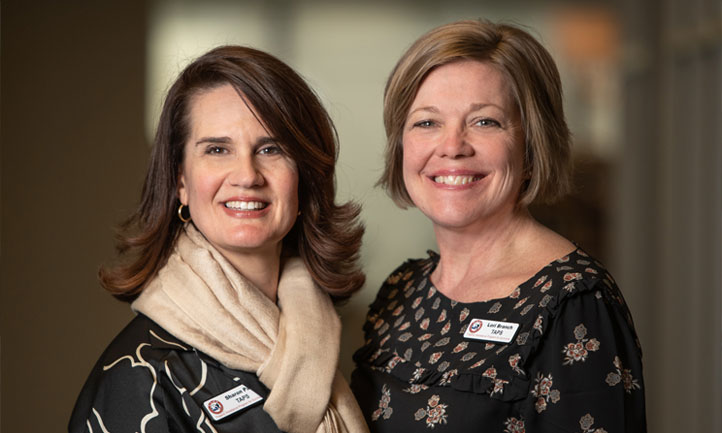 TAPS manager of Volunteer Resources Sharon Paz, left, and Lori Branch work with thousands of volunteers across the country to support the TAPS mission to care for the families of America's fallen heroes.  Photo: Pablo Piedra

“As a department, our goal is to communicate clearly with our volunteers, to treat them with respect and let them know their time with us is valuable,” Sharon said. “It is important to let them know how their contribution supports our mission to care for survivors.”

The need for volunteers is increasing as the number of survivors who come to TAPS seeking comfort and care increases, and programming grows to support them. Volunteers of all ages, professional backgrounds and skill levels are welcome at TAPS.  Some examples of volunteer roles include:

Tony Steel, a photographer in Washington, D.C., has been documenting TAPS National Military Survivor Seminars and other events for 11 years. “As a volunteer photographer, I like being able to contribute my skills and services,” he said. “I like what I do and I feel a real purpose when I volunteer for TAPS.”

As a volunteer in 2015, Lori wrote thank you notes to participants in the Army Ten-Miler and Marine Corps Marathon, assembled care packages for newly grieving families and printed photos of fallen service members. She was struck by the number of loved ones represented. Now that she is on staff, Lori ensures that volunteers know how their work directly affects families.

“A volunteer may think they are just putting a stamp on an envelope, but that card may be going to a survivor at a time when it is needed most,” Lori said. “We make sure the volunteers know why we do what we do, why it is important and who it’s going to. The work of the volunteer is very valuable.” 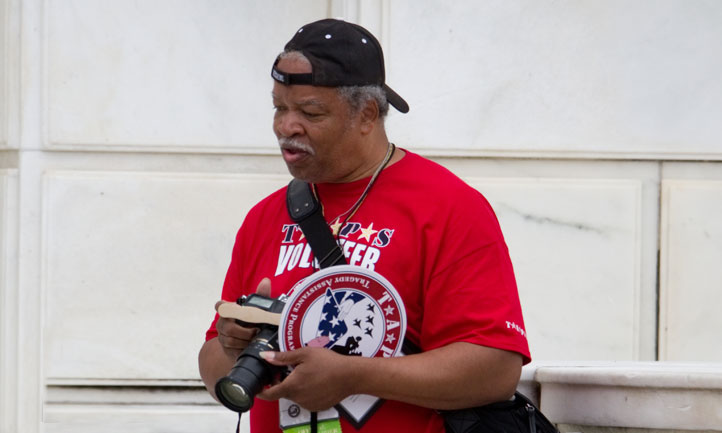 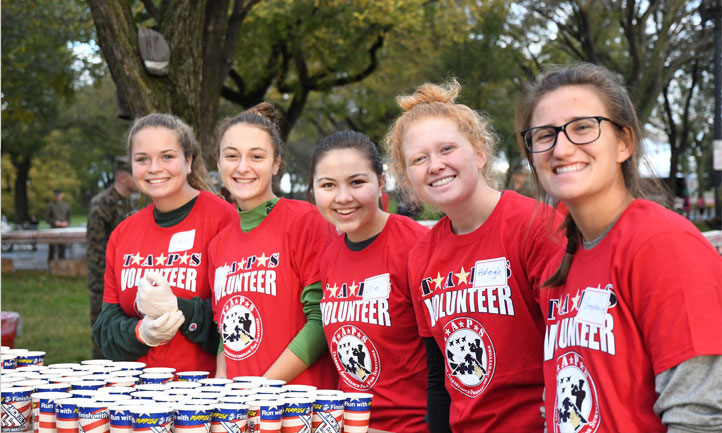 At the TAPS water stop, a group of teen volunteers handed cups of water to runners at the 2018 Marine Corps Marathon in Washington, D.C.  Photo: Sharon Phillips 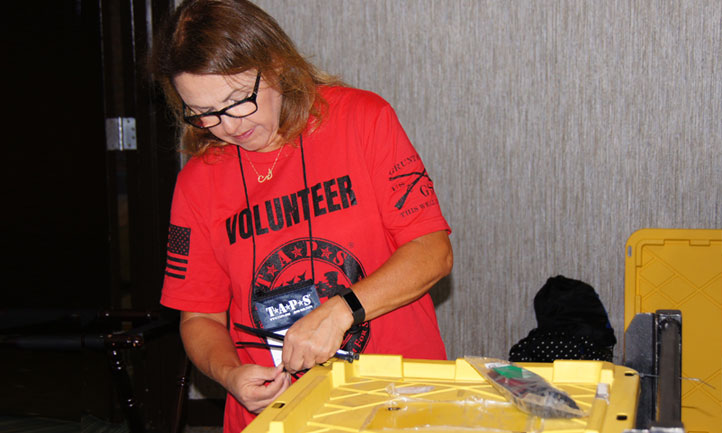 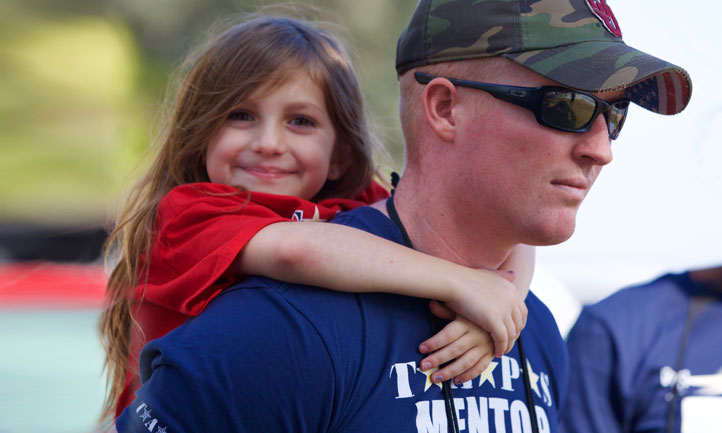 A volunteer Military Mentor served as a companion to a child at the San Diego Regional Seminar and Good Grief Camp.  Photo: Karen Kohlberg

If you would like to volunteer with TAPS, check out our volunteer job opportunities, which has a list of upcoming events around the country where volunteers are needed. We ask you to fill out a volunteer application to best match your skills and availability with our programs’ needs. For more information, you can also contact Volunteer Resources at 800-959-TAPS (8277) or Volunteer@taps.org.