Editor’s note: Clynton Trewyn, who has served as a TAPS military mentor, recently started a blog. He decided to make his first post about something close to his heart. This blog entry, which first appeared on his site, Volunteer Ripple, has been adapted for use on the TAPS website.

I’ve been blessed enough to travel the country volunteering with TAPS over the last four years. By caring for survivors grieving the death of a U.S. service member through peer-based emotional support, community-based care, casework assistance and a 24/7 National Military Survivor Helpline, TAPS has assisted over 90,000 surviving family members of U.S. military heroes in its 25 years. What makes TAPS more special, if that is even possible, is the impact the program has had on the military and civilian community volunteers who support TAPS events throughout the year. TAPS has many facets and helps many people, but I am going to focus on the piece of the organization that I’ve been blessed enough to work with, the Good Grief Camp for children. 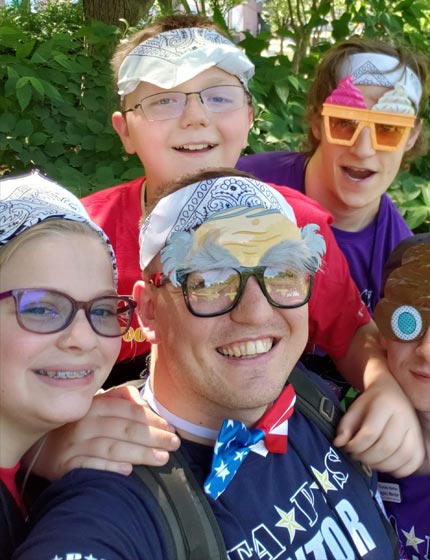 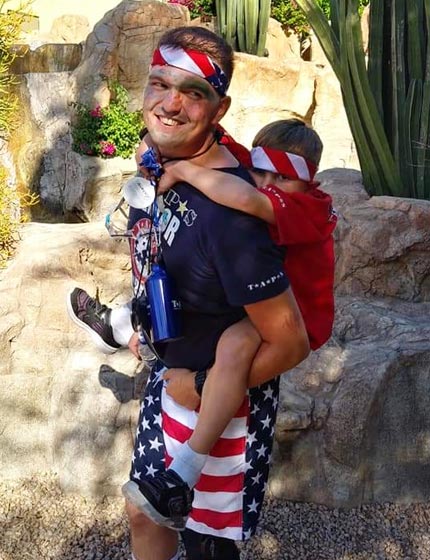 I have been a military mentor with the program for the last four years. Over this time I have been blessed to participate in nearly 20 different events in every part of the country. I have been able to directly support and mentor over a dozen young boys and girls who are grieving the loss of a service member, and made connections with hundreds of other young kids doing the same. I have been blessed enough to see the growth of some of my early mentees from the young kids they were to becoming the teenagers they are now, doing great things and some even beginning to return to the program as mentors themselves. Some of the kids that have grown up in the program are now old enough to join the military as well, becoming brothers and sisters in arms.

Through my time with TAPS, not only have I formed bonds that will last forever with so many of the kids, but also with the fellow military mentors. The bonds of our mutual love for country, service, and now support to a good cause allow us to build relationships and support systems after we leave a TAPS weekend and return to our everyday work lives. We can talk with each other, we can learn from the lessons that we teach our mentees at each event and take those skills back to our home units, and we can take pride in the feelings of euphoria we get after knowing we played one small part in the healing process for these wonderful young children.

Depending on the event, TAPS Good Grief Camps typically last between two and four days. They are jam packed with tons of activities that are meant to allow kids to work through and learn the grieving process and also just have fun and be kids. As an added bonus for volunteers, we too get to let our inner kids out. Over the matter of just a few days we work across the entire emotional spectrum with the kids, hearing the stories and learning of the difficult times they are having after losing their loved ones, and experiencing the excitement and emotional highs of running around giving piggyback rides or having our faces painted with markers. 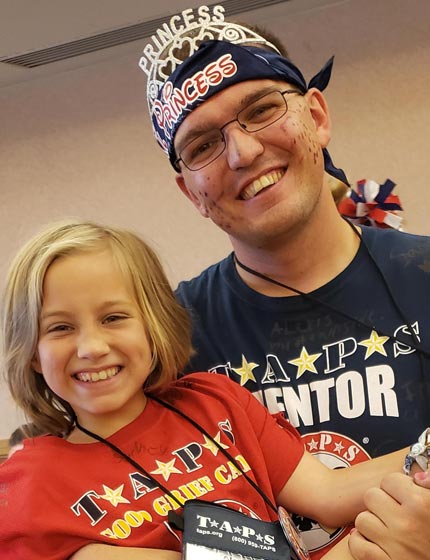 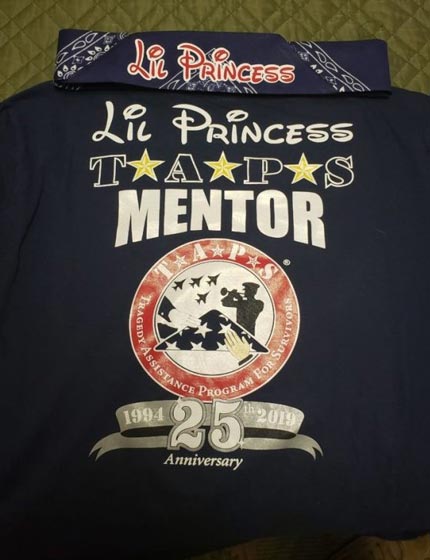 One of my personal favorite memories that has come from TAPS is the new all-in-good-fun persona that was given to me by one young mentee, which has now transformed itself into being my TAPS identity. From event to event, mentees, mentors, and group leaders alike know me simply as Lil Princess. Although it may sound dorky or odd to many, it is one of the tiny little moments that happened at an event that created a bond that’ll last forever and allowed me to open a door to starting a fun conversation with every mentee I have going forward.

So now that you are hooked as well and I’m sure are excited to jump in on the fun, maybe shed a tear or two, and laugh for days, how do you go about joining in on this great cause? If you are or have ever been in the military, the process is as simple as going to their website and create a mentor account. Once a background check is completed, you will be ready to sign up for your first event. Events take place throughout the year and in all parts of the country, so we are bound to be near you soon. I know this whole post has been about being a military mentor, but if you are not military, fear not, TAPS loves the help of everyone and there are plenty of ways for you to volunteer as well. And what if the cause sounds great to you, but you are not sure about if you want to be a part of a Good Grief Camp event, that’s perfectly okay. There are plenty of ways for you to help out, including as part of Team TAPS, where runners, cyclists and others can raise money while participating in race events throughout the year.

Here is to another 25 years of great work being done by an unbelievable organization.