For children who attend TAPS Good Grief Camp he’s known as the tall guy with the winning smile who seems to know exactly what to do when they need a shoulder to cry on. He’s also known as the guy who’s always ready with a hug or silly joke to prompt a giggle. He’ll paint his nails in a rainbow of colors at TAPS seminars and often brings along an elf doll named Tappy, who visits the gravesites of fallen military heroes and travels the world spreading the word about the TAPS mission. 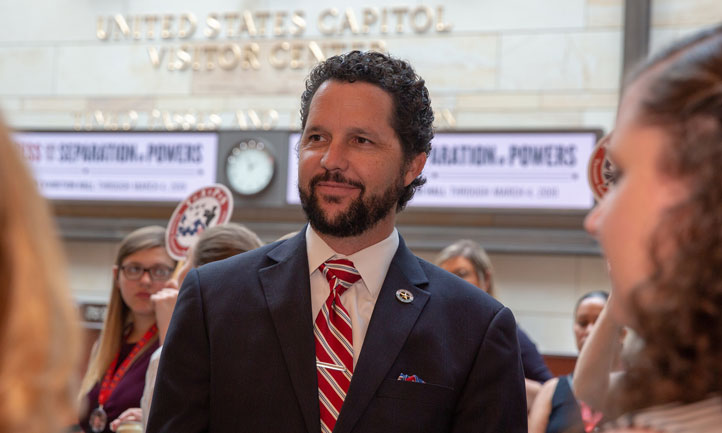 But most often, Kevin Penn is known as the guy you can always count on to be there. He never fails to show up to mentor surviving children at TAPS seminars, family campouts and special events held across the country. When he can, he loves to surprise his kiddos by showing up for a sports competition or graduation ceremony. Whenever he’s needed, Kevin is there to cheer them on, or cheer them up. It’s not hard to see why he’s so well-loved.

Since 2010, Kevin has served as a dedicated TAPS volunteer. This year, TAPS will proudly recognize Kevin Penn at the 25th Anniversary TAPS Honor Guard Gala as the TAPS Military Mentor of the Year for his outstanding work on behalf of surviving children of fallen members of the Armed Forces. 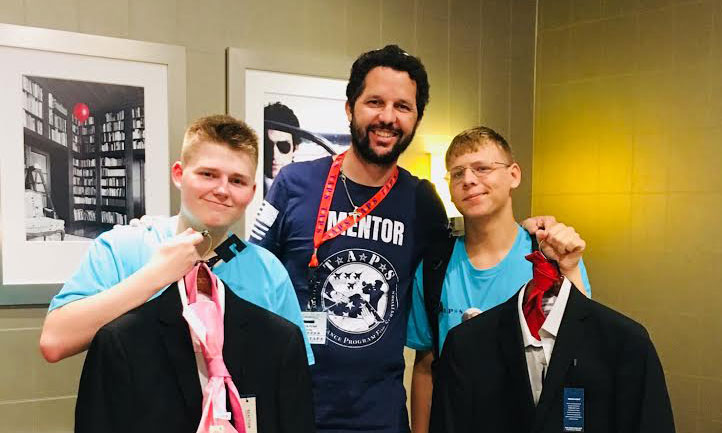 “My TAPS families mean the absolute world to me,” Kevin said. “Building memories with these incredible kids is without question the single best thing I do with my time.”

Kevin is a retired Marine captain from California who served as a helicopter mechanic, drill instructor and intelligence officer during his military career. His 20 years of service included several deployments and culminated in his retirement two years ago.

“As a TAPS military mentor and volunteer, Kevin has given selflessly to honor our nation’s fallen heroes by bringing comfort and support to their surviving families,” said Bonnie Carroll, TAPS president and founder. “Kevin has mentored countless grieving children at the TAPS Good Grief Camps and has been a regular volunteer whenever the families of TAPS have needed him. For so many TAPS children, Kevin has been a role model who keeps them connected to the military community and reminds them that they are never alone.”

TAPS 25th Anniversary will be celebrated this year at the  TAPS Honor Guard Gala in Washington, D.C., on March 6. Funds raised from the Gala will be used to provide critical support services to families who have suffered the loss of a loved one who served in the military.