Trauma can be an insidious hallmark of loss that often complicates an already painful grieving process, as reports of the recent Sandy Hook and Parkland suicides demonstrate. These deaths remind us that in the wake of traumatic loss, it is critical for surviving family members be stabilized and supported through their journeys of grief.

Grief and trauma are familiar to thousands of TAPS survivors and a great many veterans around the country. But as we at TAPS have learned, storytelling can be a healing form of expression around one’s grief as well as a powerful antidote to the most malignant forms of trauma. That’s why I and a TAPS suicide loss survivor—both of us veterans—participated in an “I Was There” film making workshop put on by the Patton Veterans Project, a nonprofit dedicated to helping veterans through the difficulties of transitioning from military to civilian life. 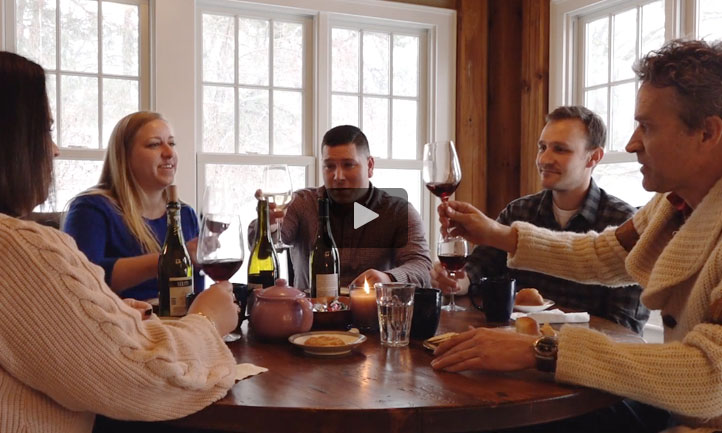 Still shot from the short film "With or Without". Select the image above to watch the film.

“I Was There” was developed several years ago as a creative film program to help U.S. veterans cope with the challenges of military to civilian transition. The artistic short films they produce portray aspects of their experiences that are frequently difficult to articulate in other forms like writing or speaking. The project has now broadened its scope to serve other populations including military suicide loss survivors.

Carolyn Colley—an Air Force veteran a TAPS surviving sibling—and I traveled to Massachusetts in February for the three-day workshop. Over the course of the weekend, we joined executive director Ben Patton and another veteran to make a short film about the impact suicide has on loved ones left behind. The piece that resulted, titled “With or Without”, is a remarkable example of the power of storytelling through film. Movies can bring awareness of difficult issues to light while at the same time be immensely healing for their creators. Carolyn lost two of her brothers, both Army vets themselves, to suicide.

In the last decade, the TAPS has supported more than 11,500 grieving survivors who have lost a military loved one to suicide. The TAPS Suicide Postvention Model of Support stabilizes survivors in the immediate aftermath of suicide death and then works to set them on a healthy grief journey. The model helps these survivors achieve post-traumatic growth by helping them to find meaning in their loss and then giving them a platform to share their experiences with others. A powerful tool in this final phase of our approach is the timeless act of storytelling.

Matt Mabe, a former Army officer and journalist and a veteran of the wars in Iraq and Afghanistan, is the director of strategic operations for TAPS Suicide Prevention and Postvention initiatives.

TAPS and Patton Veterans Project will present a session on the healing power of film for suicide loss survivors on April 26, 2019, at the 52nd Annual Conference of the American Association of Suicidology in Denver. The title of the session is “How Innovative Storytelling is a Game-Changer for Survivors of Suicide Loss.”