It’s hard to write about our gifts, but there is one we all have that can help others after a loss. It is the gift of listening.

Listening to others can be one of the greatest gifts we give to someone who is grieving, and it may actually help you as well. In a 2013 TAPS Magazine article, “Reaching Out to Others,”  by Darcie Sims, she wrote, “I happened to be listening to a friend recount her troubles when I found myself thinking how nice it would be if someone would just listen to me. So, I began to really listen to her and for the next few hours, I found myself immersed in her life, not mine. My own trials and tribulations took a back seat to her needs and as she left, she hugged me and thanked me for being so kind. She said she felt so much better. What a magic touch I had. Magic touch? Hardly! I hadn’t even touched her until we hugged goodbye. All I had done was listen.” 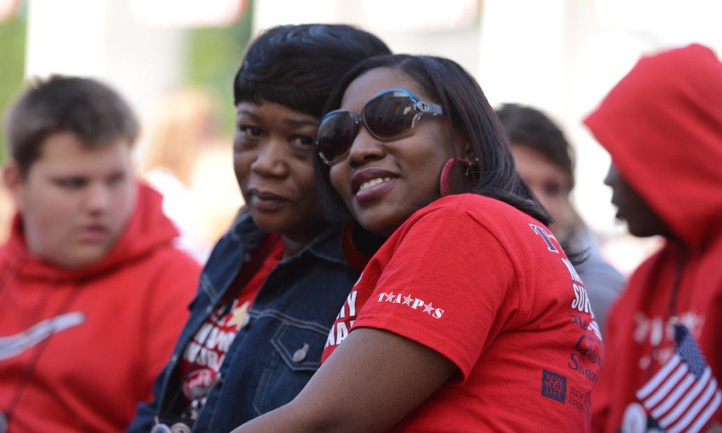 The good thing about TAPS is that there are plenty of opportunities to listen to others. In addition to going to retreats, seminars and local Care Groups, there are online chats that happen in your own home. Here you can read and respond at your own comfort level. Every week a list of upcoming chats are listed at the end of the Saturday Morning Message. We hope you will join them.

I want to thank those who responded to this week’s question to share with us some of the ways they have used their gifts to comfort others.

Responses from Survivors to last week's question: What are your gifts and how can you share them to ease someone's pain?

From Tabitha, spouse of Michael:  I like to think I have some talent with writing. I plan to use that talent to write a book about my husband. At most, perhaps it will touch someone. At its smallest, I hope to provide stories for my children about their father.

From Perry, father of Christopher: In my service in the Marine Corps with 24 years on active duty, many things happened. Before my son’s death in 2005, I had lost close friends in combat and accidents that had happened. I had been there when others had died by suicide or attempted it. I saw firsthand as cancer took the life of the man I called my mentor as a young Marine NCO. He had survived the battle of Khe Sanh in the Vietnam War. In 2005 I thought I had come to grips with the demons from my experiences until that day I was informed of the death of my son. As a single father, you almost feel like a widower as you are alone on this journey of grief. I had given up on TAPS back then, but in 2018 a man by the name of Hershel Woody Williams told me to give TAPS a second chance. Woody received the Congressional Medal of Honor during WWII. I gave TAPS a second chance by going to the Montana Men’s retreat last year. It is something that changed my life for the better. Then when I saw my opportunity at the Fort Hood seminar earlier this year, I wanted to become a Peer Mentor to make a difference. It did not stop there. I saw we have a local TAPS Care Group that I was interested in. I am now a Care Group co-facilitator. I want to help those who need it. I like to think it is true what they say about Marines. We run in the direction of gun fire, not away from it.

The 4th of July holiday is coming up soon. Some survivors like to be out in a crowd while others would rather be left alone. This week’s question is: What would you like to do for the 4th of July this year? We look forward to your thoughts.

This week’s song comes from Cheryl, mother of Jack. It is Hold My Heart sung by Tenth Avenue North. Cheryl wrote, “I have always felt as I listened to this song after the death of Jack, my son, that it was expressing what I was going through. How long would I pray? How long would I wait? How long would it be before I could feel God in the midst of my hurt? I wanted Him to hold my heart, because it hurt so much! I feel He has very slowly and very gradually. I live with a broken heart, but I can feel Him helping me and He is holding me even when I  feel I can barely stand.”