In May 2013, I attended the TAPS National Military Survivor Seminar and went to watch Rolling Thunder, the massive motorcycle rally in Washington, D.C., that occurs every Memorial Day weekend. Hundreds of thousands of members on motorcycles do a slow ride, called the Ride to Freedom, to honor the military fallen and their loved ones. The ride starts at the Pentagon and heads to the monuments on the National Mall. The front riders volunteer to take Gold Star families on their motorcycles to the national memorials. As a survivor, I was assigned an escort, Robert “Bob” Maynard. I told Bob about my brother Cpl. Jeff Lucey and I gave him a button with Jeff’s picture. Bob shared that he was a Navy veteran and that it was an honor to participate in the event. We exchanged numbers that day to share photos and did not connect after the event. 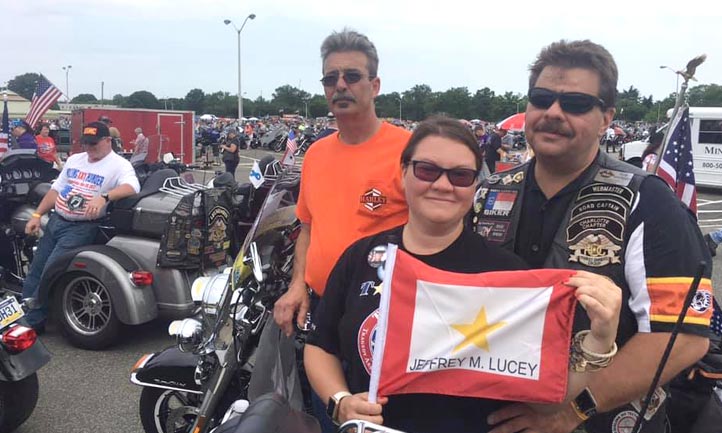 Two years later, Bob reached out and asked if I wanted to participate in the Freedom Ride to honor my brother again. I arrived for the motorcycle rally and found that Bob still had my brother’s photo button that I gave him in 2013. When I got to the Pentagon parking lot to meet him, he had flowers, sunscreen and water for me. He shared that when I had told him about Jeff years ago, it touched him deeply. It meant so much to me, and when he dropped me back off at my hotel, I was grinning from ear to ear. Bob and I have remained in daily contact since that day.

On September 1, 2017, Bob surprised me by renting a sailboat in South Carolina. We had a clear, beautiful evening for a sunset boat ride. While out on the front of the boat, it began to rain. Bob and I were laughing at the sudden change in weather and then—he proposed! I was overjoyed and said yes! We ran inside the boat to shield from the rain immediately he broke out the champagne. When we toasted, an alarm began to sound for no apparent reason. The boat captain couldn’t shut it off. Next thing we knew, the sun was back out and a beautiful rainbow emerged. We always say my brother brought us together. And it was as if my brother was with us in that special moment. Just recalling the moment now makes me smile. 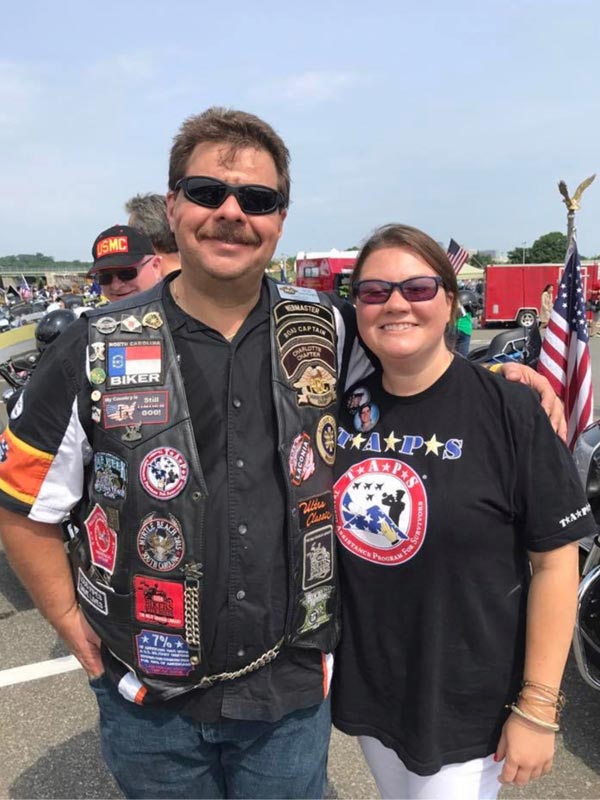 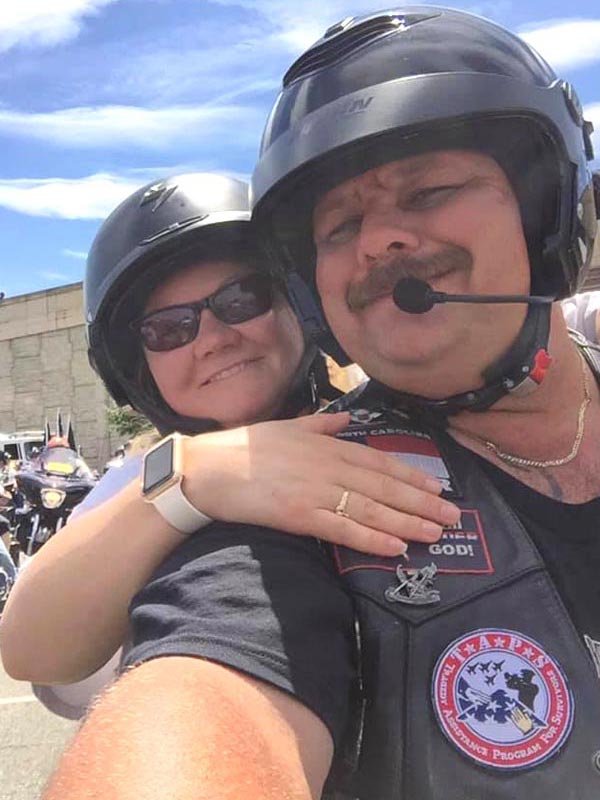 This year will be the last year Rolling Thunder will do its Memorial Day Ride for Freedom through Washington, D.C. The rally, which initially began as a demonstration in 1988 to bring awareness  of prisoners of war and those missing in action, has grown into an opportunity for veterans to meet old and new friends, pay their respect and participate in the Memorial Day events. The cost of organizing such a large-scale national gathering has grown too expensive to sustain, event leaders have said. While this may be the last big national rally, others will continue in regional events. The riders who come to D.C. often visit the children in TAPS Good Grief Camp at the National Seminar to let them sit on their big motorcycles and take pictures. We thank them and this Memorial Day weekend are looking forward to spending some time again with this patriotic group!

Deb Lucey is the director of operations for TAPS Survivor Services, and the surviving sibling of Cpl. Jeffrey Lucey.